The exhibit has been a staple at the San Diego Zoo since 1996, when Bai Yun arrived and helped start San Diego's reproductive program, giving birth to six pandas over the years. 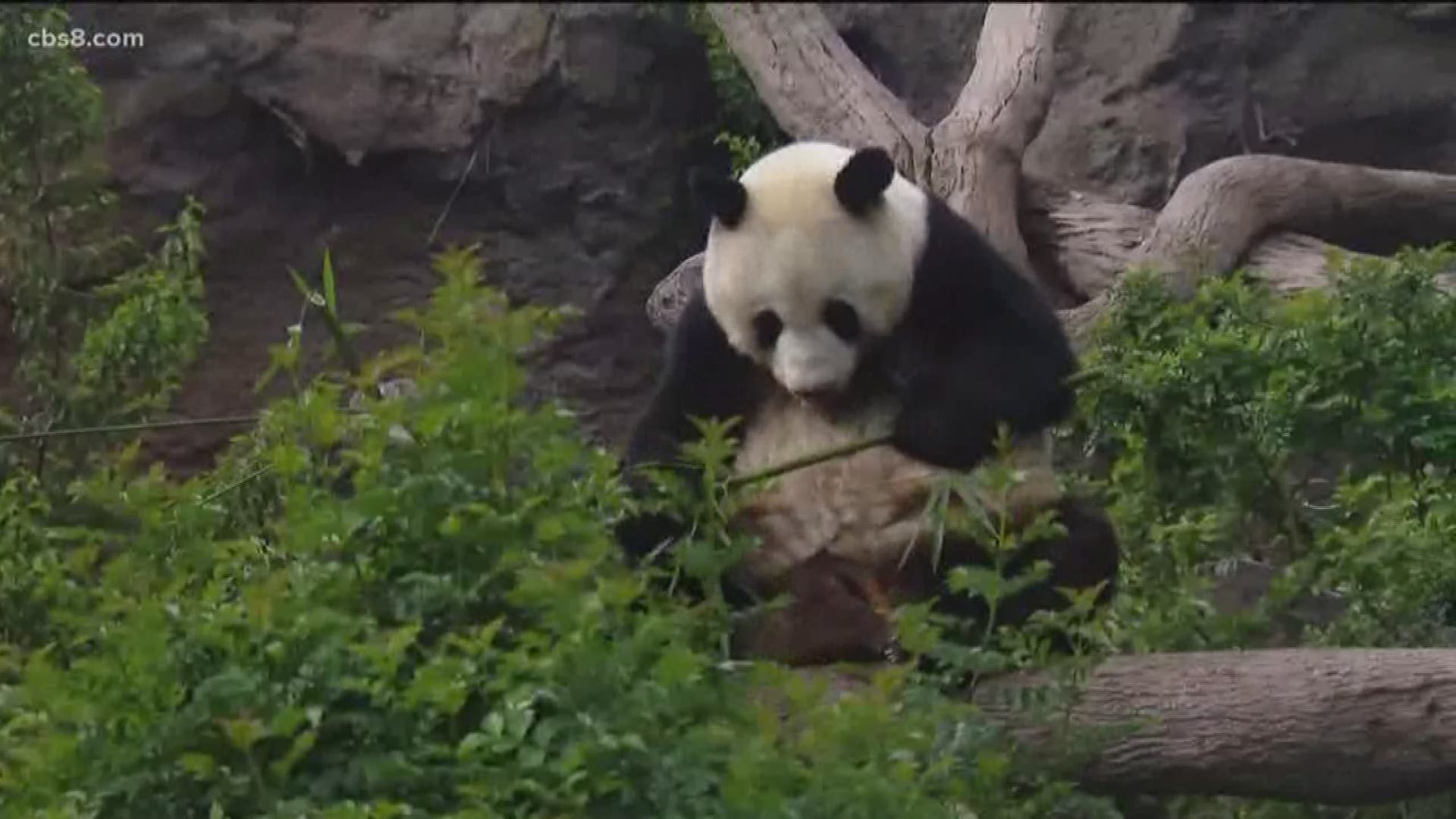 SAN DIEGO — Visitors to the San Diego Zoo have two extra days to say farewell to 27-year-old giant panda, Bai Yun, and her son, 6-year-old Xiao Liwu who will be repatriated to China this spring. The last day of exhibition has been extended to April 29, according to the San Diego Zoo.

The exhibit has been a staple at the San Diego Zoo since 1996, when Bai Yun arrived and helped start San Diego's reproductive program, giving birth to six pandas over the years. It was the first joint research program between the U.S. and China at the time. And it's been very successful, not only for the San Diego Zoo, but for the panda species, who had once been on the endangered list.

Now, with their stay coming to an end, people have been lining up to catch a glimpse of the black and white bears. News 8 got a behind-the-scenes view of the cage that the pandas will be transported in and the process that will go into making sure they arrive to China safe and secure.

Kathy Hawk, a handler with the San Diego Zoo, says a lot of time and care goes into getting the pandas ready for the long trip to China.

“I learned a lot of things from my last trip to China with getting the pandas mentally and physically ready to sustain the trip and be comfortable, so I’m actually going into this even better prepared,” Hawk said.

The San Diego Zoo is inviting the public to share their memories of the pandas on the Giant Panda Friendship Wall, which is located across from the Giant Panda Research Station in Panda Canyon.

The pandas will return to their native China, fulfilling the conditions of their loan. Bai Yun is expected to live out her Life on a reserve. The panda habitat will remain open to zoo visitors and viewable online to Panda Cam watchers until Monday, April 29. It’s still unclear what will replace the panda exhibit.