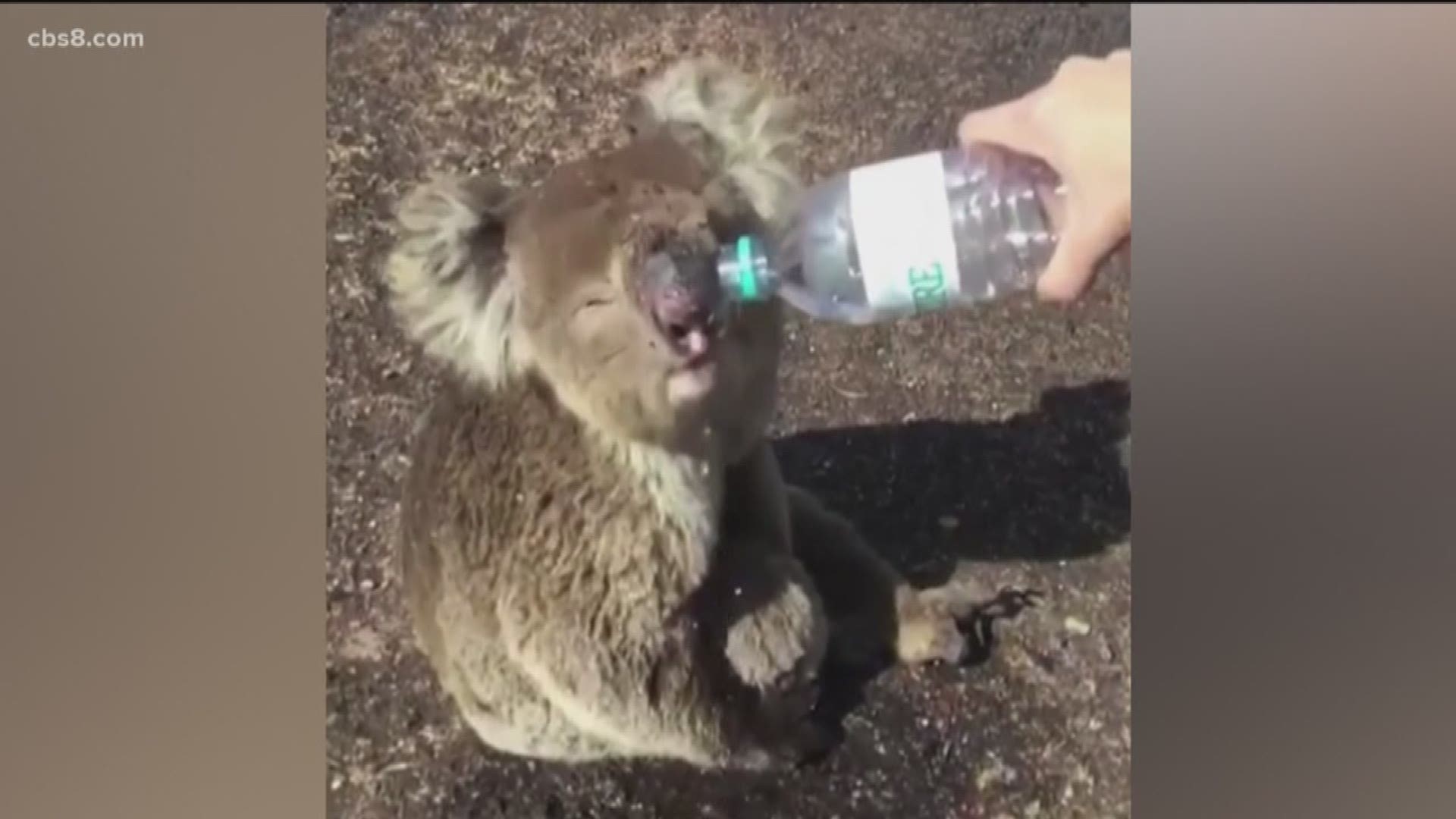 SAN DIEGO — As the bushfires continue to burn across the Australian continent, San Diego Zoo Global researchers will travel to the Blue Mountains region to assist in the protection of koalas.

The bushfires that have raced through the region over the last few weeks have devastated more than 2.5 million acres (1 million hectares) of habitat – threatening the koala population and other wildlife.

“We have been working in this area for many years now, tracking koalas to learn about them and to assess their population numbers,” said Kellie Leigh, Ph.D., researcher with San Diego Zoo Global and executive director of Science for Wildlife.

“The population of koalas in the Blue Mountains have high levels of genetic diversity. This makes this particular population very important for the survival of the species.”

As the team gets ready to depart, it will need support for activities that go beyond the scientific work they had previously been engaged in.

“In the short term, we will be engaging in search and rescue for wildlife that needs assistance and putting in water sources for the wildlife that have been left behind. Our long-term goal will be to re-wild the koalas that were rescued and recover the population in the region,” Dr. Leigh.

San Diego Zoo Global has begun a fund-raising campaign to support recovery of koalas, platypuses and other species.