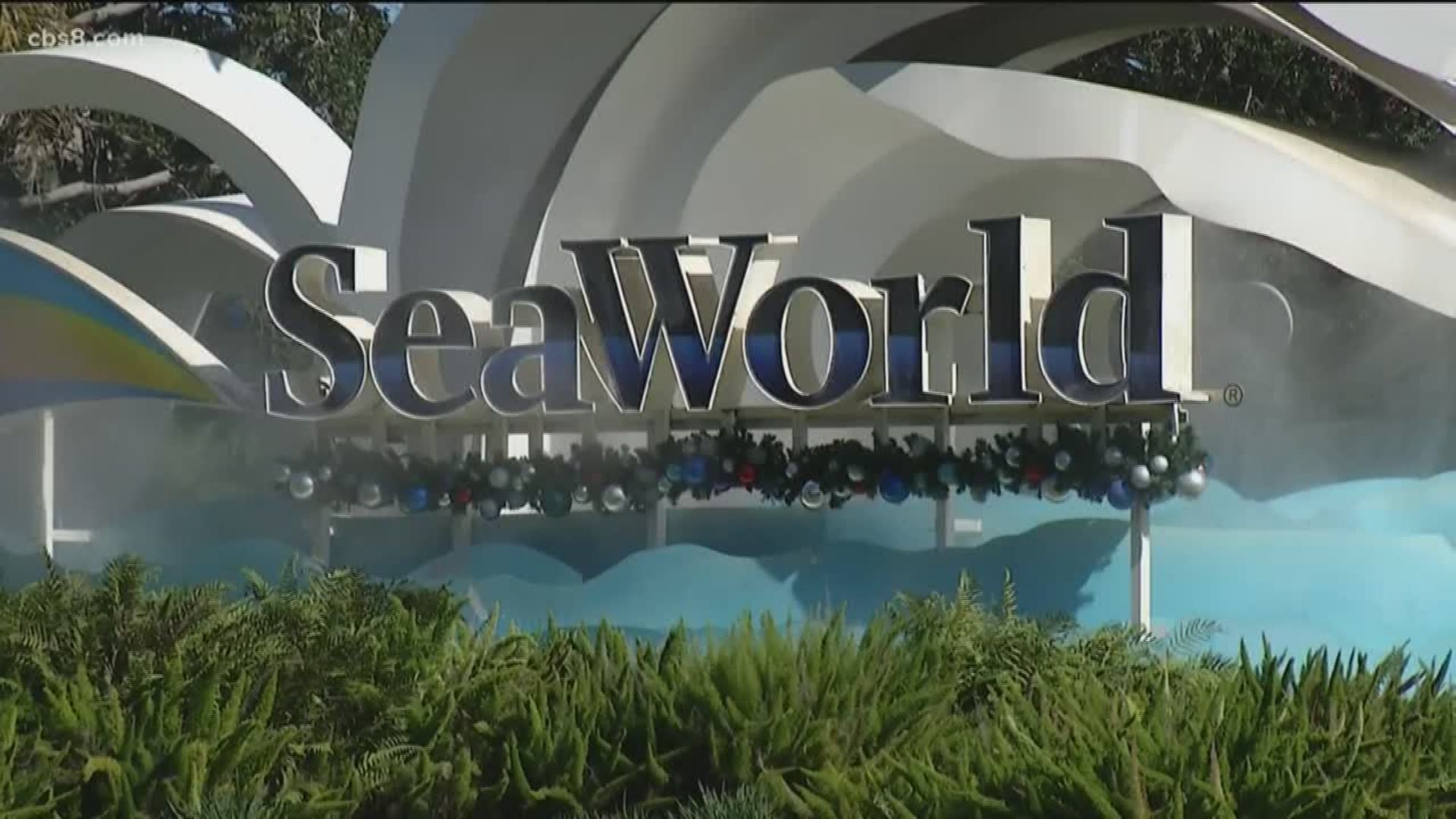 SAN DIEGO — A federal trial is set to get underway in San Diego next month to hear evidence in a longstanding class-action suit claiming SeaWorld deceived investors about the negative impact from the “Blackfish” documentary that criticized SeaWorld’s practice of keeping killer whales in captivity.

Investors claim that when SeaWorld executives finally acknowledged in August 2014 that the controversial 2013 “Blackfish” film hurt attendance, shareholders lost nearly 33% of the value of their SeaWorld stock in one day.

“The market was surprised by this important new information and swiftly reacted,” the plaintiffs wrote in court filings. “(SeaWorld’s) alleged misstatements and omissions were a substantial, proximate cause of this stock price decline.”

"The evidence will show that analysts and investors were aware of the risk to the company posed by negative publicity generated by 'Blackfish'," SeaWorld attorneys wrote in a recent court filing.

In August 2013, shortly before the documentary began reaching a wider audience, the Los Angeles Times published an article under the headline “Is ‘Blackfish’ documentary hurting SeaWorld attendance?”

"‘Blackfish’ has had no attendance impact,” former SeaWorld Corporate Communications Vice President Fred Jacobs told the newspaper in response to questions about a 6% drop in visitation over the first half of the year.

In a Bloomberg article published the same day, Jacobs stated, “We can attribute no attendance impact at all to the movie.”

Jacobs later acknowledged in a deposition on multiple occasions he made false statements to reporters when he told them that SeaWorld had not experienced any harm to its reputation, business or attendance following the release of “Blackfish.” When asked in the deposition why he said something he knew to be false, he answered, “I was instructed to answer the question by (former CEO) Jim Atchison.”

“In his role as communications officer, (Jacobs) conveyed to the press the genuinely held views of management,” the defense wrote. “It is their intent that matters, not Mr. Jacobs'.”

“I scratch my head if there’s any notable impact from this film at all and I can’t attribute one to it,” Atchison said. “Ironically, our attendance has improved since the movie came out.”

Read the full deposition of former Vice President of Communications, Fred Jacobs below:

The basis of the plaintiff's claims against SeaWorld stem from the statements above that were made to the press along with comments made in SeaWorld's quarterly earnings reports through August 2014 that blame attendance issues on factors unrelated to the film, such as ticket pricing.

In a recent court filing, the plaintiffs attorneys wrote “plaintiffs have uncovered reams of evidence demonstrating that ‘Blackfish’ was impacting SeaWorld’s reputation, attendance, performance, and financial health. Despite this, Defendants repeatedly assured investors that ‘Blackfish’ was a non-event, and that disappointing results were fully explained by other transient, less serious causes.”

Two of the plaintiffs, the Arkansas Public Employees Retirement System and a teacher's pension fund based in Denmark, claim they suffered more than $4 million in losses in August 2014 when SeaWorld first acknowledged the film was indirectly hurting attendance.

Read the full class-action complaint below:

This February, in a San Diego federal court, Atchison is expected to testify that there was "no noticeable impact" from the film during the latter half of 2013, according to court records.

"(Our) surveys don't reflect any shift in sentiment about intent to visit our parks," the former CEO said after announcing SeaWorld parks had record attendance in the fourth quarter of that year.

“The evidence will show that a reasonable investor would have understood Mr. Atchison’s statement to mean that the Company was proactively monitoring and addressing reputational issues related to Blackfish,” SeaWorld attorneys wrote in a recent court filing. “(But) given its strong performance in 2013 as ‘Blackfish’s’ visibility and market penetration increased, the company did not believe the film was materially impacting its business.”

Read the full Defendants' memorandum below:

By early 2014, attorneys for the investors argued that “Blackfish” was taking a toll on SeaWorld.

During that period, SeaWorld attorneys claim the company properly disclosed potential risks posed by the documentary through filings and reports mandated by the U.S. Securities and Exchange Commission.

Plaintiffs say one disclosure that SeaWorld published in a March 2014 SEC filing, related to a bill seeking to ban the display of captive killer whales known as the "Blackfish bill," was the first time SeaWorld had formally acknowledged "Blackfish" was hurting theme park attendance.

When SeaWorld reported its quarterly earnings five months later, the company spoke about the bill again.

“Attendance in the quarter was impacted by demand pressures we believe were related to recent media attention surrounding proposed legislation in the state of California,” the company stated in the August 2014 earnings report.

Attorneys for SeaWorld dispute the shareholders' contention that the company made a "corrective disclosure" when it tied the attendance drop to the proposed California legislation.

Chad Coffman, a financial analyst retained by the plaintiffs as an expert witness, is expected to share his opinion at trial that SeaWorld's misrepresentations caused SeaWorld's stock price to drop in August 2014.

According to Coffman's calculations, investors lost $7.52 per share due to the alleged fraud, court records show. SeaWorld's attorneys dispute the methodology, claiming it doesn't factor in SeaWorld's fluctuating financial performance during the period addressed by the class-action lawsuit.