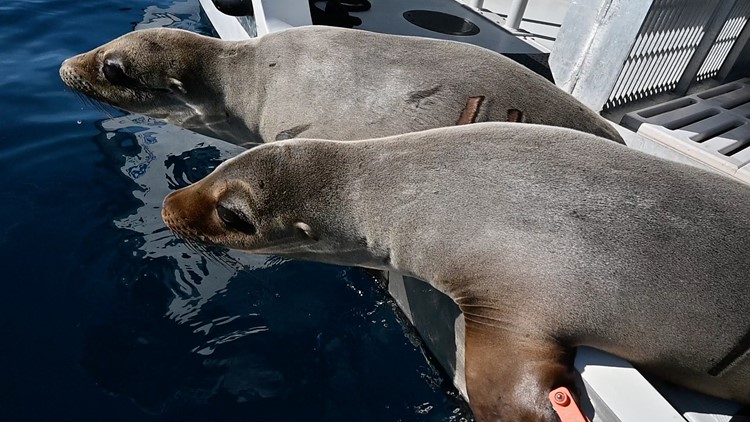 SeaWorld returns 4 sea lions to ocean after weeks of rehabilitation

SeaWorld's rescue team found the four pups malnourished and dehydrated on San Diego's beaches in December and January. They were cared for at the park's Animal Health and Rescue Center by animal care specialists and veterinarians. The sea lions doubled their weight, were given a clean bill of health and returned to the wild approximately five miles off the coast of San Diego.

According to animal experts at SeaWorld, this season has been busier than normal for rescues in Southern California. Typically, rescued animals this early in the season are adults or nearly adults. The majority of rescues so far this season have been pups and yearlings.

While it's difficult to know exactly why this season has higher numbers of sea lions needing rescue than usual, SeaWorld's animal experts speculate it might be related to winter storms impacting the ability of young sea lions to forage for food.

SeaWorld reminds the public to keep a safe distance from animals on the beach, and to call the park's hotline at 800-541-7325 if concerned about an animal that looks stranded or in need of help.