What one diver discovered swimming through La Jolla Cove

You can dive for weeks and not see these creatures. 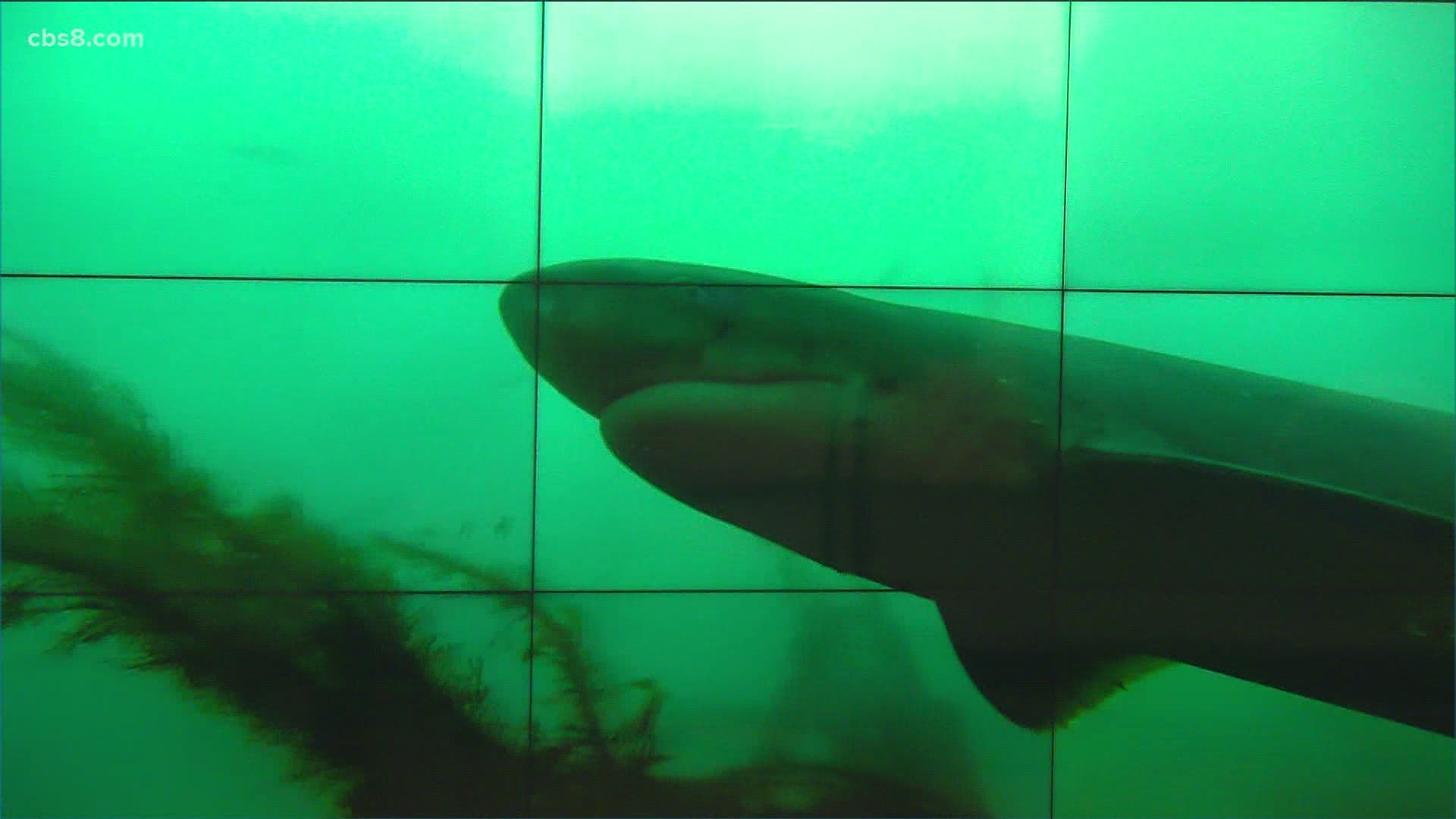 Brian Zach is a professional scuba diver and knows sevengill sharks are a rare sight.

"I believe this was a male, a pretty large male and it comes right up, it was amazing to see it and get that close," he said.

And this was not just a one-off.

"This happened a few times...it was memorable," Zach said.

The dive only got better when they came across a group of giant, black sea bass.

"It looks like I'm chasing a silver or white one and all of a sudden a very large black sea bass as it comes in," he said.

"They're like a door, sometimes you think it's a cliff or a rock, it's just a ginormous fish, just staring there," Zach said.

According to Zach, you can dive for weeks and not see these creatures.

"So, to have them co-habitat on one morning was really something," he said.