“It was definitely something I’ll never forget," said Alex Higley after seeing the massive creatures up close off of Guadalupe Island. 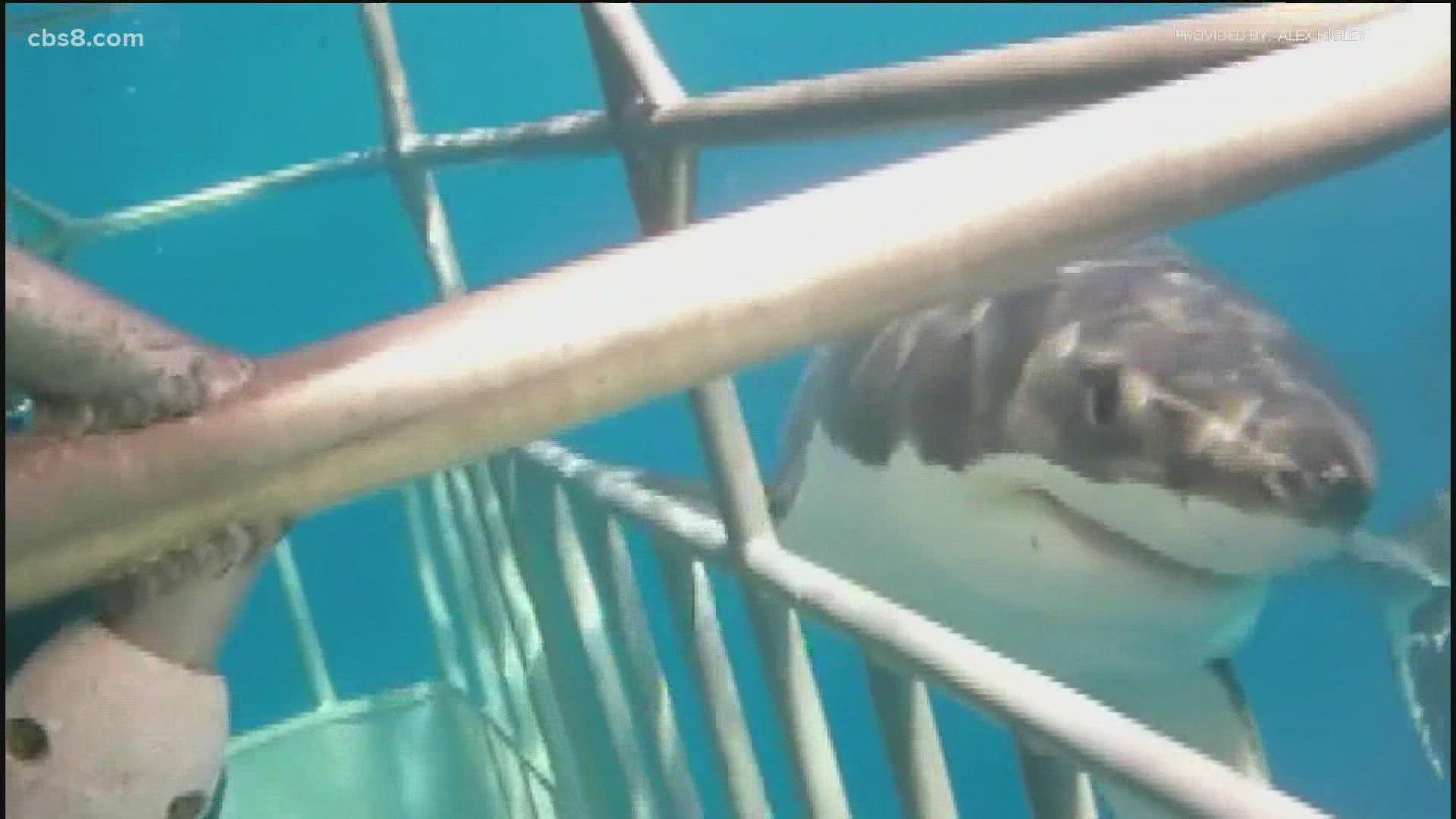 SAN DIEGO — Drone hobbyist Alex Higley has always had a fascination with great white sharks. So he bought a drone a few months ago to film them from above along the Southern California coastline.

Recently he decided to take it a step further and have the experience of a lifetime when he spent two and a half days cage diving with great white sharks near Guadalupe Island off the west coast of Mexico's Baja California a few weeks ago.

“It was definitely something I’ll never forget,” he said. “I remember seeing this shark pass by right in front of you and just seeing the size of it. These things are massive... Massive!"

Alex grew up in Encinitas and has always been intrigued by great whites. He bought a drone a few months ago so he could start exploring the oceans from a safe distance.

Alex remembers seeing juvenile great whites during one of his first drone flights in May.

Spotting those sharks from his drone is all it took to motivate Alex to get a closer look at these massive creatures by booking a chartered cage diving trip.

“From the boat, they look big, but once you actually get in the water with them, they’re huge,” Higley said. "Just intrigued by the look of it, the color patterns on it. Being in the water, you’re able to see the white colors on their belly, the grey, where the colors mix.  Some of them had some scars on them, some bite wounds, so you’re really able to see that up close.”

Alex was thrilled to be that close and said that he wasn’t scared at all. “For me, there wasn’t really a fear. When you get in the water with these sharks, you get to see that they’re curious, of course, they see these people in a cage, but they’re interacting with each other.”

His lack of fear allowed him to get some pretty incredible video of the experience. “I was guilty of getting as close as I could to the cage, almost sticking my arm out trying this footage of these sharks.  It was really a surreal experience.”

Alex was so stoked from the trip, he can’t wait to get back there for more. “I’m looking forward to seeing some bigger ones later in the year, but 12-13 foot, those were some big sharks.”