SDPD confirmed its helicopter spotted 12 to 13 great white sharks within a half-mile of the coastline but beach-goers didn't seem too concerned. 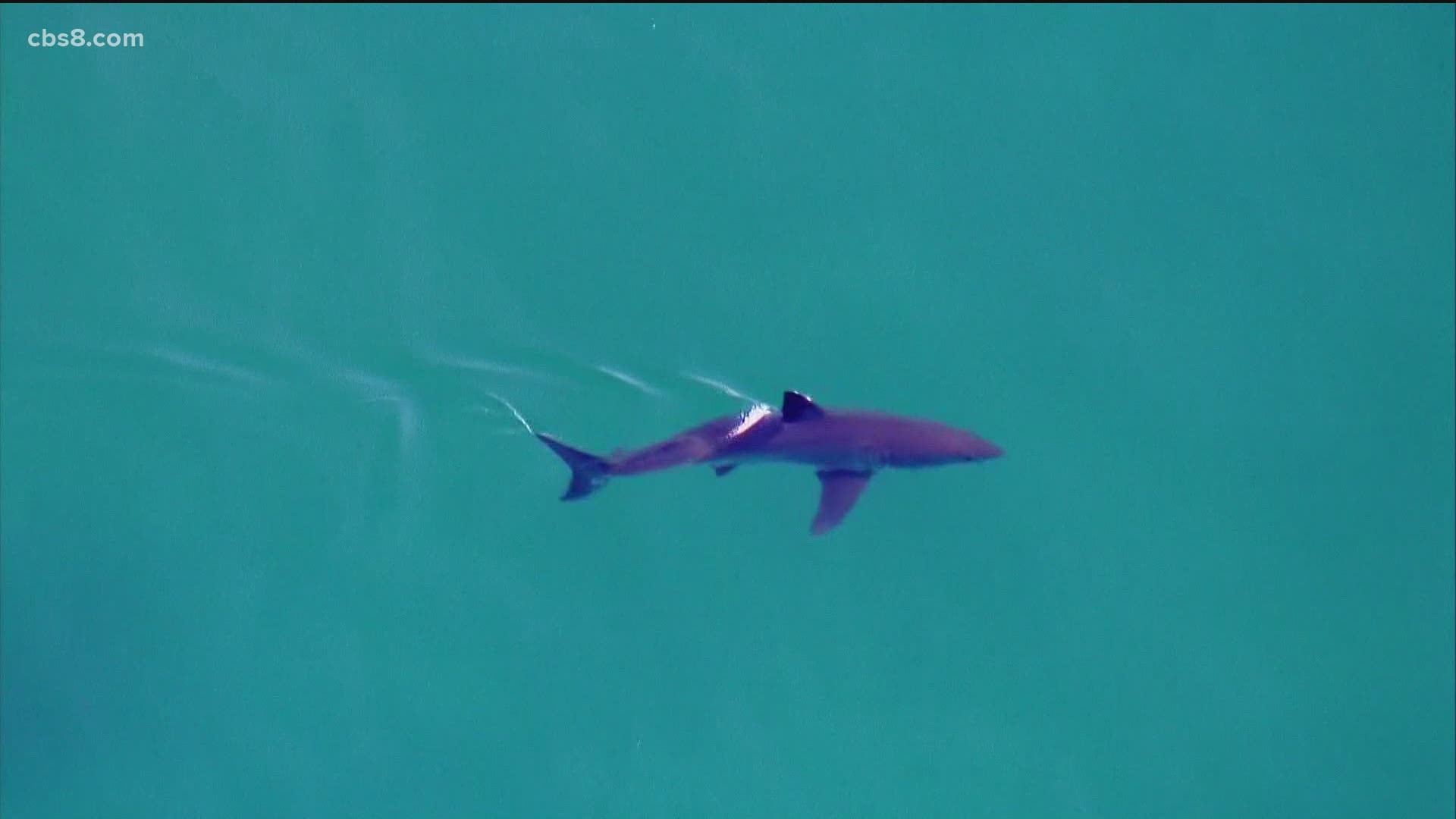 SAN DIEGO COUNTY, Calif. — It was mid-afternoon at Torrey Pines State Beach Thursday when San Diego Police helicopter ABLE spotted several great white sharks silently gliding through the surf. At least one was seen getting very close to a surfer on his board. The man was unaware, apparently, and there was no contact.

SDPD confirmed its helicopter spotted 12 to 13 great white sharks within a half-mile of the beach.

Lifeguards and ABLE made announcements and signs were posted about the potential dangers, but not much fear was exhibited.

"Little bit but we stayed closer to shore," one swimmer told News 8.

Babe Valero brought her son and nephews to the beach and kept a close eye on them, especially after two women nearby said they saw a shark.

“Oh, we just went in waist-high," she said. "The kids were having fun. I was in the water with them. Waist-high they’re pretty safe.”

A few people on the shore saw a shark or two but most, like Blake Nelson, saw none.

"We didn't see any sharks," he said. "Nobody seemed bothered - everybody swimming, having a good time."

"I didn't see any sharks in the water but I had a really fun time," he said.

In addition to the great whites, Chopper 8 spotted at least one hammerhead in the water Thursday.