An orphaned cougar cub suffering from starvation found its way to the Central Valley Animal Rescue in Quilcene, just in time to get the help she needed. 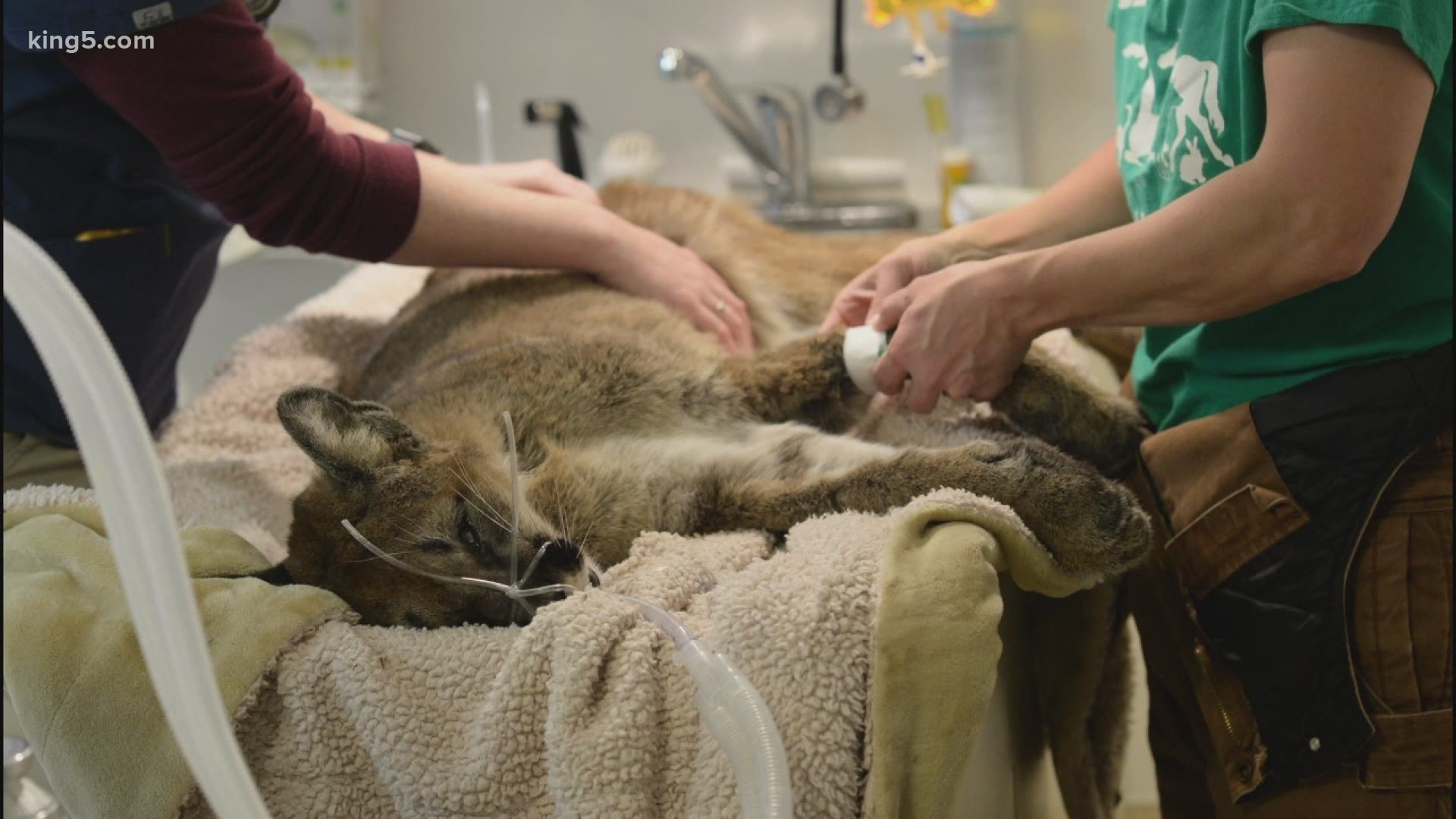 QUILCENE, Wash. — A starving cougar in Washington state wandered into the right place at the right time to find help, and now the creature is being rehabilitated in Texas.

There are a lot of different animals at Sara Penhallegon's animal rescue, but this one was pretty wild. She opened up a pen on her Jefferson County property a couple of weeks ago and found a very big cat.

"It had a pile of old hay in there and made itself at home, just curled up in the hay," she said.

It turned out to be a young cougar that was in very bad shape. The animal, barely a year old, was literally starving to death.

"I suspect it was going there to die, considering the condition it was in," said Penhallegon.

Fortunately, the dying cougar had somehow found its way to Central Valley Animal Rescue where Penhallegon and her team save the lives of animals every day.

They believe the cougar's mother recently died before she had taught her cub to fully fend for itself. Cubs typically stay with their mothers between 18 and 36 months.

Without her mom, this one didn't stand a chance.

"This was a cat that had not learned to hunt yet. It had no way to take care of itself or feed itself," said Penhallegon. "When its mom died, that would've been a death sentence for this cat unless it found itself a rehabilitation center it could check itself into!"

The animal weighed just 34 pounds when it collapsed in the hay on Penhallegon's property, which is 50 pounds underweight for a cat of its size. The team nursed it back to health and the cougar put on a 10 quick pounds.

Wildlife experts gave the cougar a 10% chance of survival when it dragged itself into Central Valley. But just two weeks later the animal had destroyed the hard, plastic siding of her pen, and her keepers knew it was time to go.

"It started getting feisty and it would hiss and growl at me every time I walked over," said Penhallegon. "That was a very good sign."

But because the cougar still had no idea how to hunt, it couldn't be released back into the forests of the Olympic Peninsula.

It's also illegal to rehabilitate and return a cougar to the wild in Washington. Instead, it headed for a natural habitat zoo in Texas.

Penhallegon said she wishes the cougar could walk free once again, but for now she's simply happy it wandered into her life.

"Obviously, our goal is to return animals to the wild, but the next best option is a really good captive placement with a great facility that can take care of its needs. And that's what we have for this one."