The last frozen hope for the northern white rhino

Things look promising, but this is it 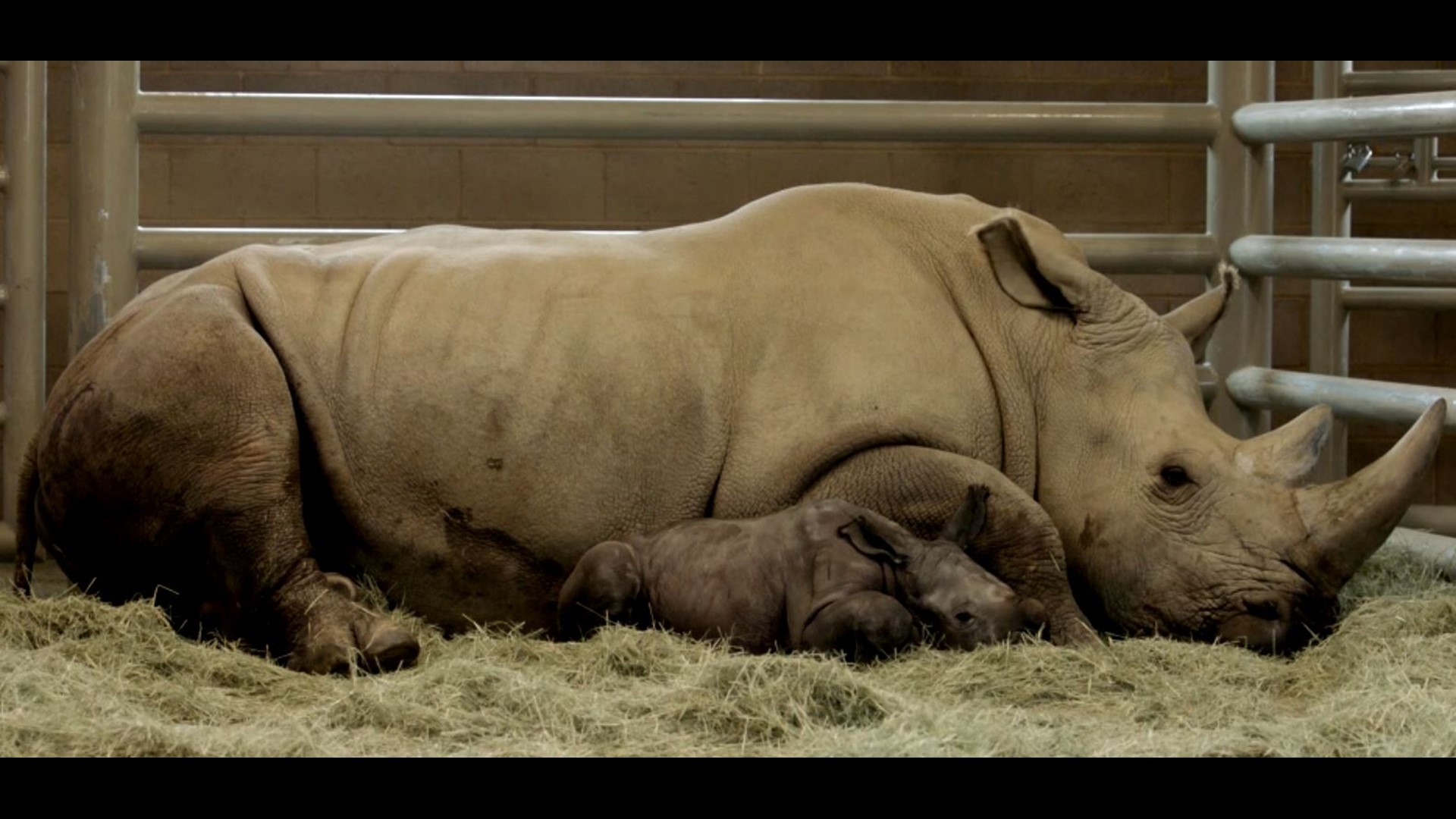 CREMONA, Italy — Right now in a special freezer inside a lab in Northern Italy lies the future of a species that's almost extinct.   Two northern white rhino embryos.  They were created using eggs collected from the last two female northern whites on earth and frozen sperm from males who've already died.   If scientists can implant them into a surrogate rhino, say a southern white, she could give birth to new hope for this animal.

San Diego Zoo Safari Park may play a big part in this.  A southern white rhino just gave birth to a calf conceived by artificial insemination, proving the process is possible.  The calf is named Edward and he is healthy and adorable.

The last living male northern white was named Sudan.  He died in 2017 at age 45.   The international group of scientists and conservationists gathered in the Italian city of Cremona to work on this project and released video of the embryos being created.  They are hoping to implant them into a surrogate very soon.