The tail of one bomb-sniffing dog: Swimming on the job

On Tuesday, a bomb threat led to the evacuation of West Hills High in Santee and although no explosives were found, the story took a rather amusing turn thanks to a bomb sniffing dog. 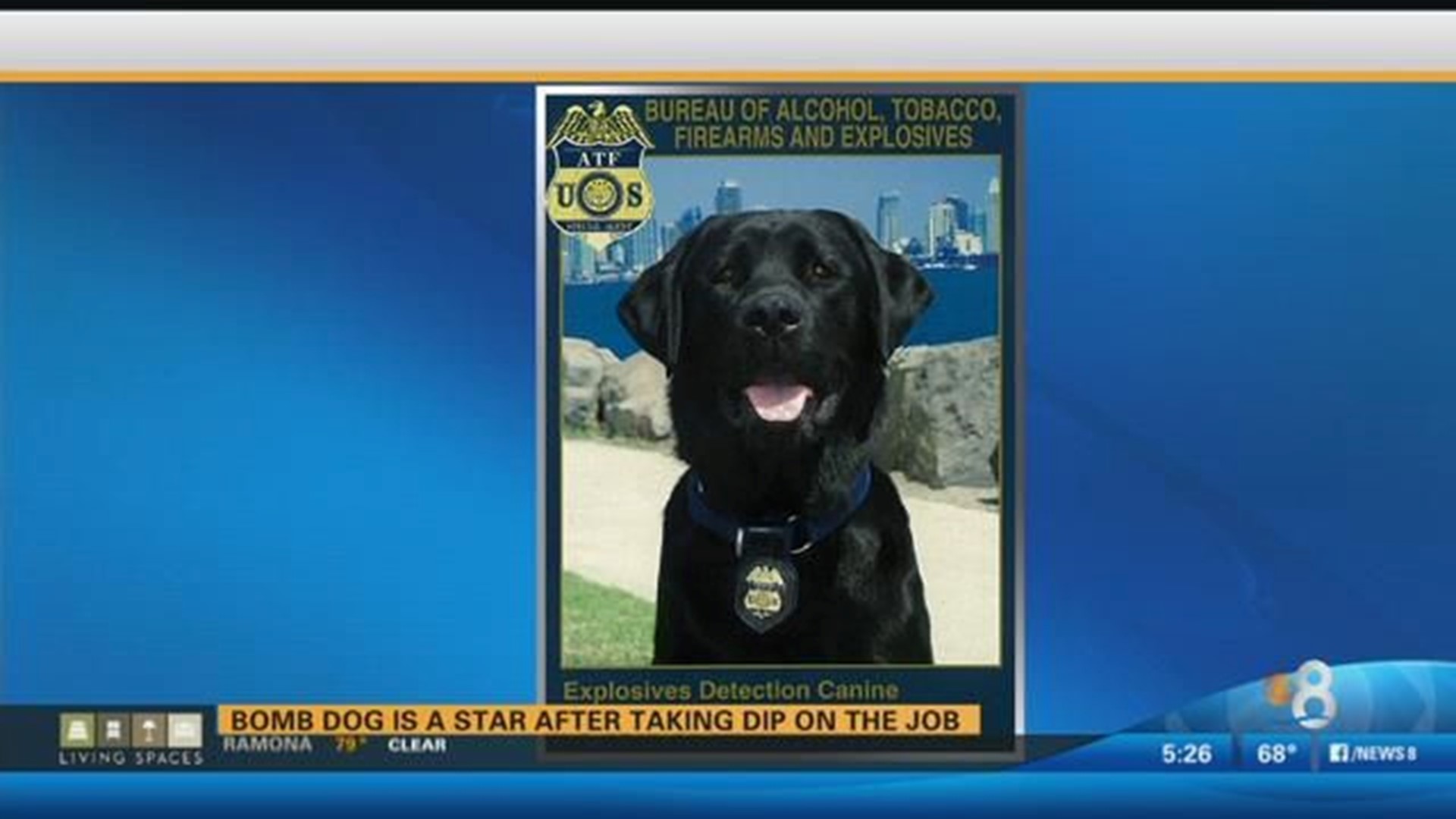 SAN DIEGO (CBS 8) - A bomb threat led to a lockdown at West Hills High in Santee Tuesday, May 26, and although no explosives were found, the story took a rather amusing turn thanks to a bomb sniffing dog.

CBS News 8's Jeff Zevely tracked down the bomb sniffing dog from the Bureau of Alcohol, Tobacco and Firearms who could not help himself from jumping into the school's pool which made a big splash with viewers.

On Tuesday, someone called West Hills High and said a bunch of backpacks would explode in 20 minutes.

Agent Todd Hoover and his bomb sniffing dog, Junior, responded to the call.

Unbeknownst to Agent Hoover was the moment Chopper 8 captured Junior jumping into the school's swimming pool.

"Heck I wanted to jump in it too," said Hoover.

In a few months, Agent Hoover and Junior will retire together.

For now, "It's all about the dog, and I am okay with that," said Agent Hoover.

When Agent Todd Hoover retires, he will buy Junior from the ATF for one dollar. Most would say, money well spent.