Animal rights groups argue that some thoroughbreds are over bred and slaughtered. 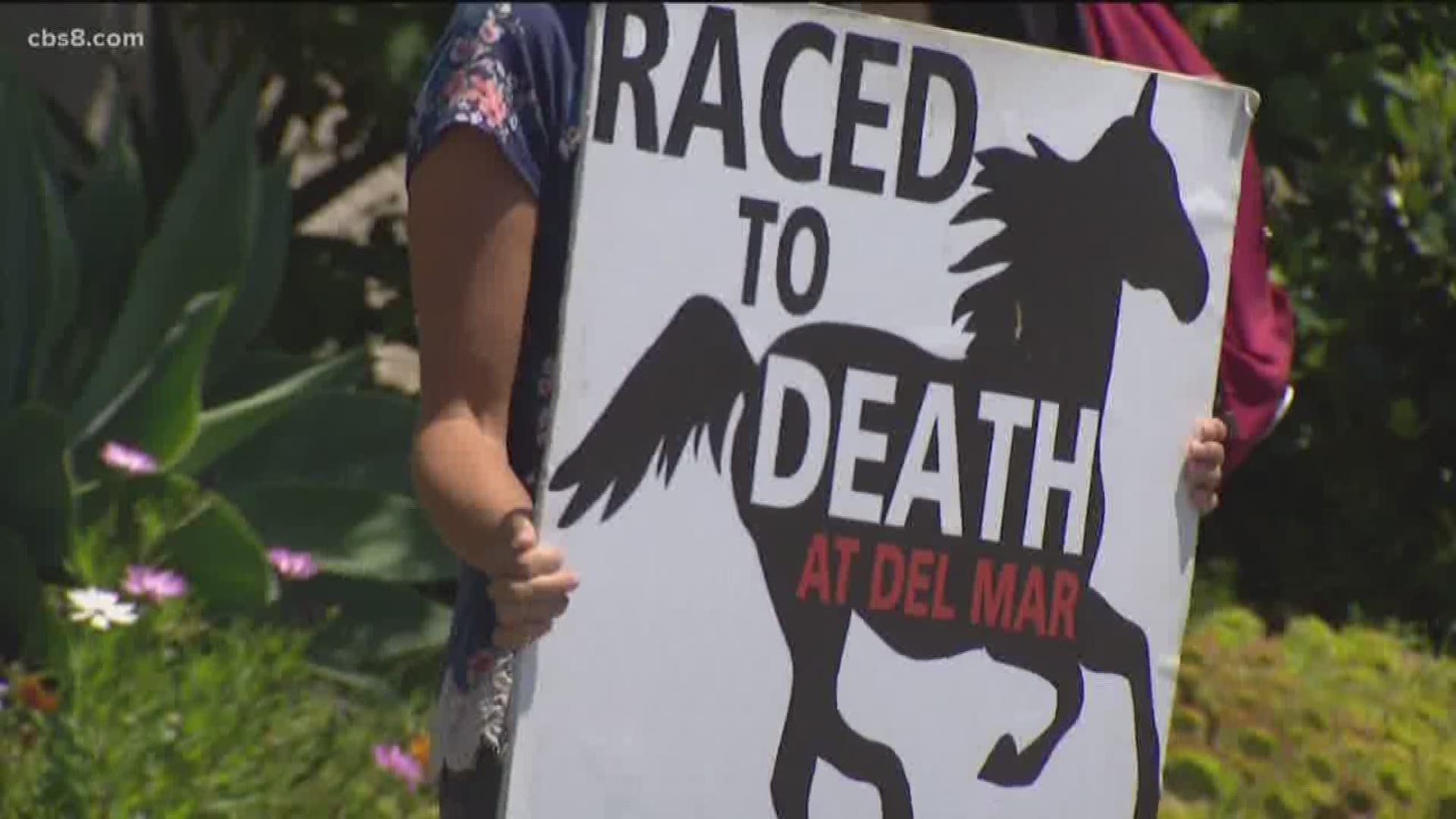 DEL MAR, Calif. — The public is now paying a closer attention to horse racing after the deaths at racetracks – including the devastating winter season that left dozens of horses dead at Santa Anita.

For some, horse racing has traditionally been fun and innocent with some degree of injury expected as with any other professional sport, but to a growing number of people, the recent tragedies are changing the image of horse racing.

The 30 thoroughbred deaths in Santa Anita and the fatal collision deaths in Del Mar Thursday between race horses – “Charge a Bunch” and “Carson Valley” – has helped gallop home a storm of bad publicity.

A spokesperson for Del Mar’s track said it had seven deaths last year and in 2016 it had 12 deaths.

So why does it seem that more people are noticing now?

Animal rights groups argue that some thoroughbreds are over bred and slaughtered. Witnesses have reported seeing steeds drugged with banned substances to increase performance before grand races and given pain killers to make them impervious.

According to Marrs, those claims are not true.

It is no secret horse racing involves high gambling stakes and a lot of pressure to win – now more people are looking at it in a different way.

Marston also said that education is key to changing any image and typically Del Mar has done a good job with that – explaining to the public what they are doing to fix any problems.