Military working dogs are often considered to be the most effective tools for detecting improvised explosive devices in Afghanistan. The dogs save lives at the expense of their own health. 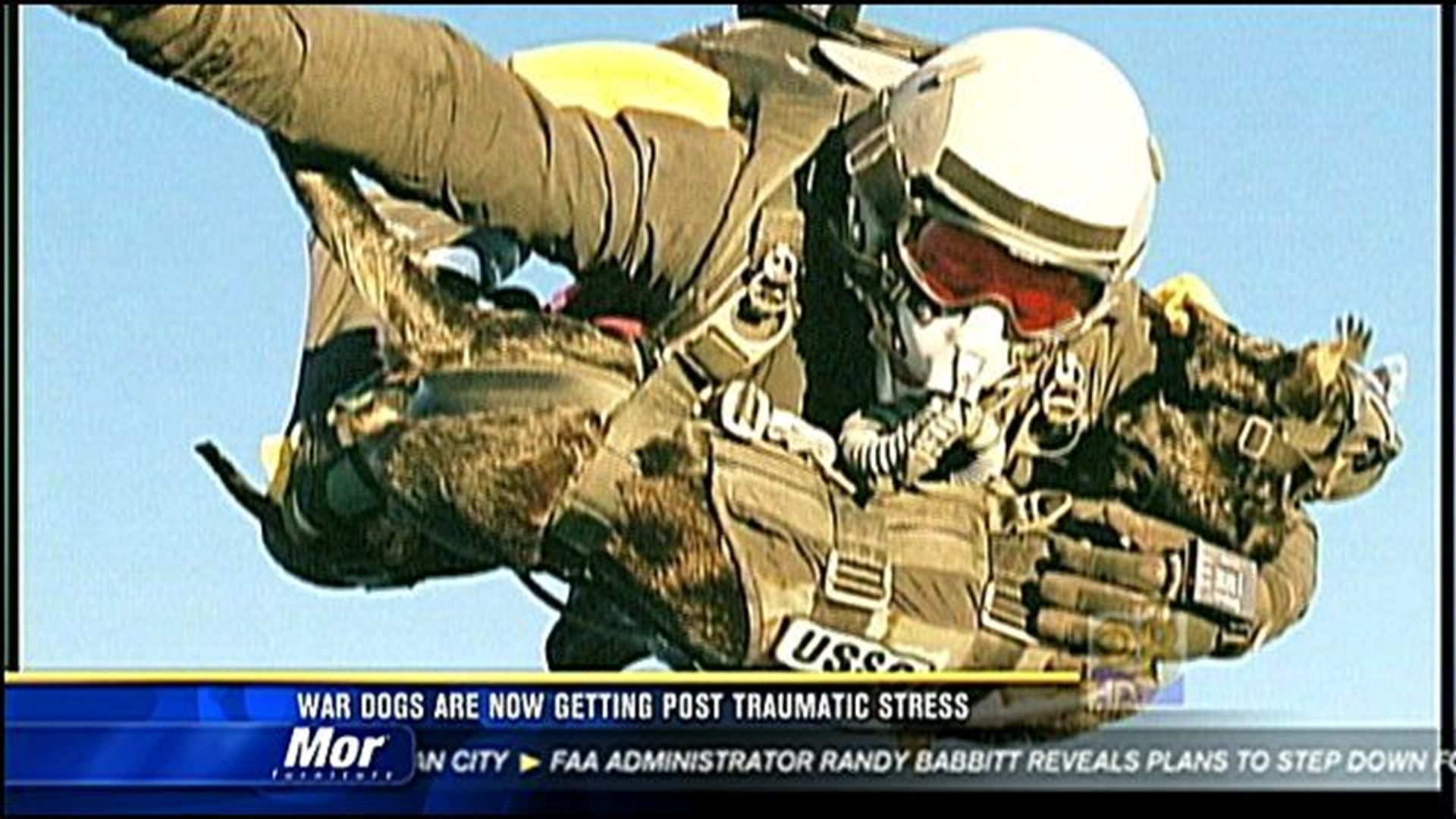 SAN DIEGO (CBS 8) - Military working dogs are often considered to be the most effective tools for detecting improvised explosive devices in Afghanistan. The dogs save lives at the expense of their own health.

War dogs have become an invaluable asset to the military. In fact, Navy SEALs took a dog on the raid that killed Osama bin Laden. And as you might imagine, gunfire and danger take a toll on animals.

"I think our pets do experience a lot of anxiety and phobias that people experience," Dr. Jennifer Hamlet of the Drake Center for Veterinary Care said.

"I think they are definitely experience a lot of stress. They are working really hard," she said.

According to the Department of Defense, more than 600 military dogs are deployed to combat zones for stressful work that can lead to PTSD.

"I think it's a symptom of the stress that they are under," Hamlet said.

Dogs that serve on the front lines sniff out IEDs and track down enemy gunfire. But in a video released to the New York Times, the same dog that searches cars with confidence refuses to go inside a bus.

"I think they do have memory that gets triggered by certain events," Hamlet said.

In another video, a dog relaxing on a wall responds to its handler, but then runs away from Afghan soldiers. It may prove war dogs, just like soldiers, need time off.

"I think they do take them out of rotation to give them a break, because a lot of them need a break," Hamlet said.

Even here in the North County, dogs can get stressed out by hot air balloons and the sounds of bombs going off at Camp Pendleton.

"They typically, a lot of them will hide, shake, not come out from where they are hiding," Hamlet said.

Hamlet says stressed-out dogs are often medicated with Xanax, the same anti-anxiety drug given to humans.

"They work in centers in the brain, and we all have the same neurotransmitters and pathways in our brain," Hamlet explained.

Because dogs can't speak, we'll never really know what they're feeling. But when it comes to military dogs, actions speak louder than words.

"I think they are great, they are amazing, what they can do," Hamlet said. "They have a very important job in the military, for sure."

To give you an idea of how dangerous this work is, according to the Department of Defense, 50 military dogs have been killed in the past six years.