Caught on video, a little Yorkie named "Nicky" is recovering after getting attacked by raccoons after water in his Spring Valley backyard. 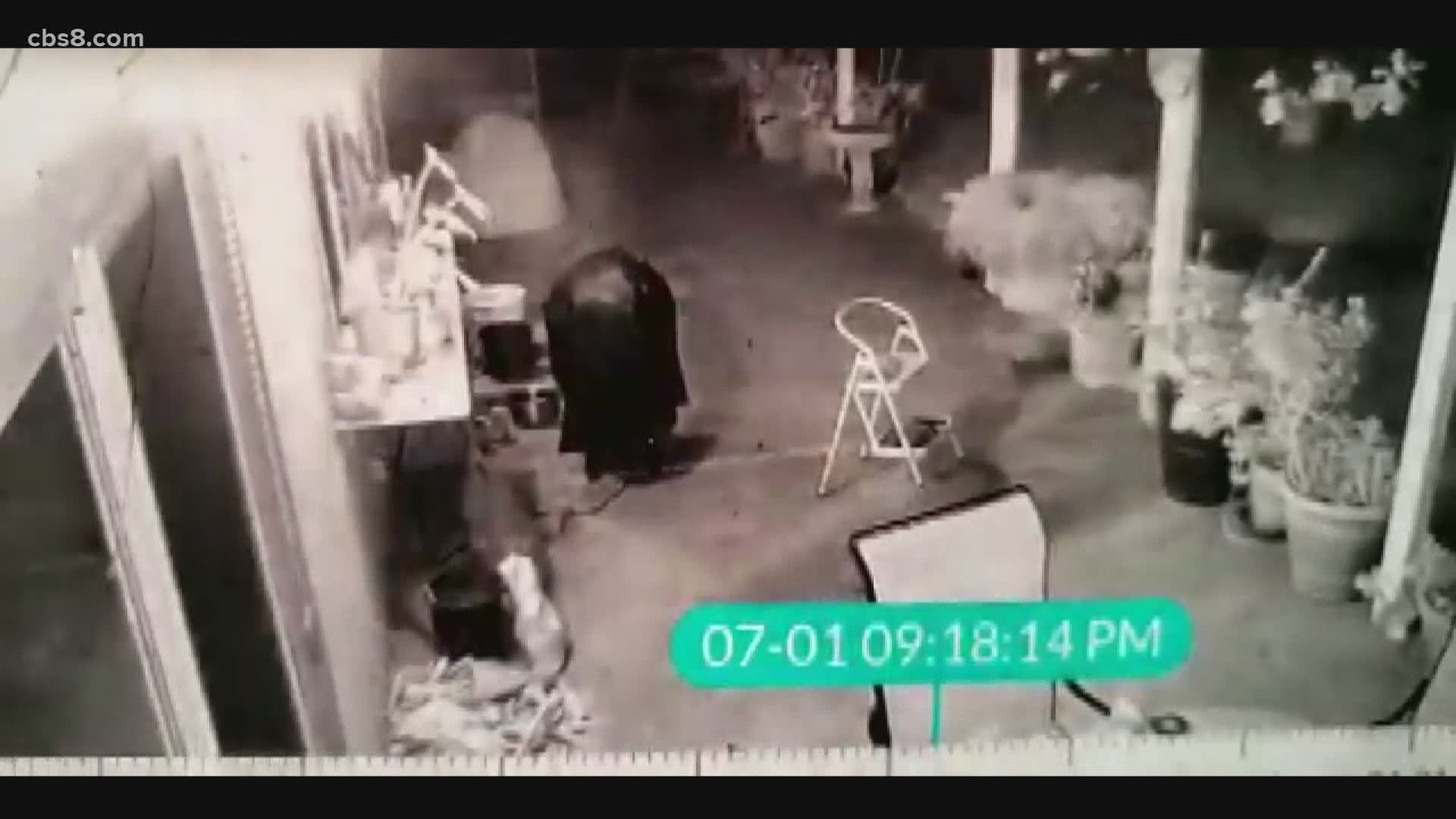 SAN DIEGO — In Spring Valley, raccoons attacked a little Yorkie named Nicky as its owner, Jiri Rutner, ran after them with a broom before it snapped in half.

There were loud squeals from the dog, Nicky, in pain as the raccoons ran after it and Rutner before walking away.

"It was a vicious attack on him," said Rutner, who has lived in his Spring Valley home since 2001.

As of Friday, Nicky is recovering from his wounds after he was taken to the Pet ER, sedated and given a recovery cone.

"He was just dripping blood from his face, and it looked like it was coming from his eye because the wound was really close to his eye and nose," said Rutner. "It looked like the one raccoon did him like this."

Rutner's surveillance camera caught a gaze of at least five raccoons roaming in his backyard July 1 around 9:30 p.m.

"[They were] two big ones that looked close to 30 or 40 pounds and smaller ones like Nicky’s size," Rutner said.

Rutner has seen skunks, possums and foxes in his yard before and believes the racoons were after water, as he keeps a steel pot of water for Nicky near the screen door.

Rutner said once Nicky saw the raccoons get away, he went after them.

"My dog is protecting the backyard, and they felt threatened by him. They were not going to let him jump on their backs, so they attacked him,” Rutner said

The bravery backfired when the Yorkie was outnumbered and nearly killed.

"He was on his back, and one raccoon had his face in his mouth," said Rutner. "The other one was going after him near his throat and his belly. They were going to finish him off at that point."

"I was just sitting over here in this chair and then the door popped open, and Nicky went out,” he said.

He said Nicky is now scarred and scared and no longer wants to go outside at night. Rutner is moving the water bowl inside the house and warning neighbors to look out for their small dogs outside in the evening.