"It still amazes me... it's like looking in a mirror," Larry said. 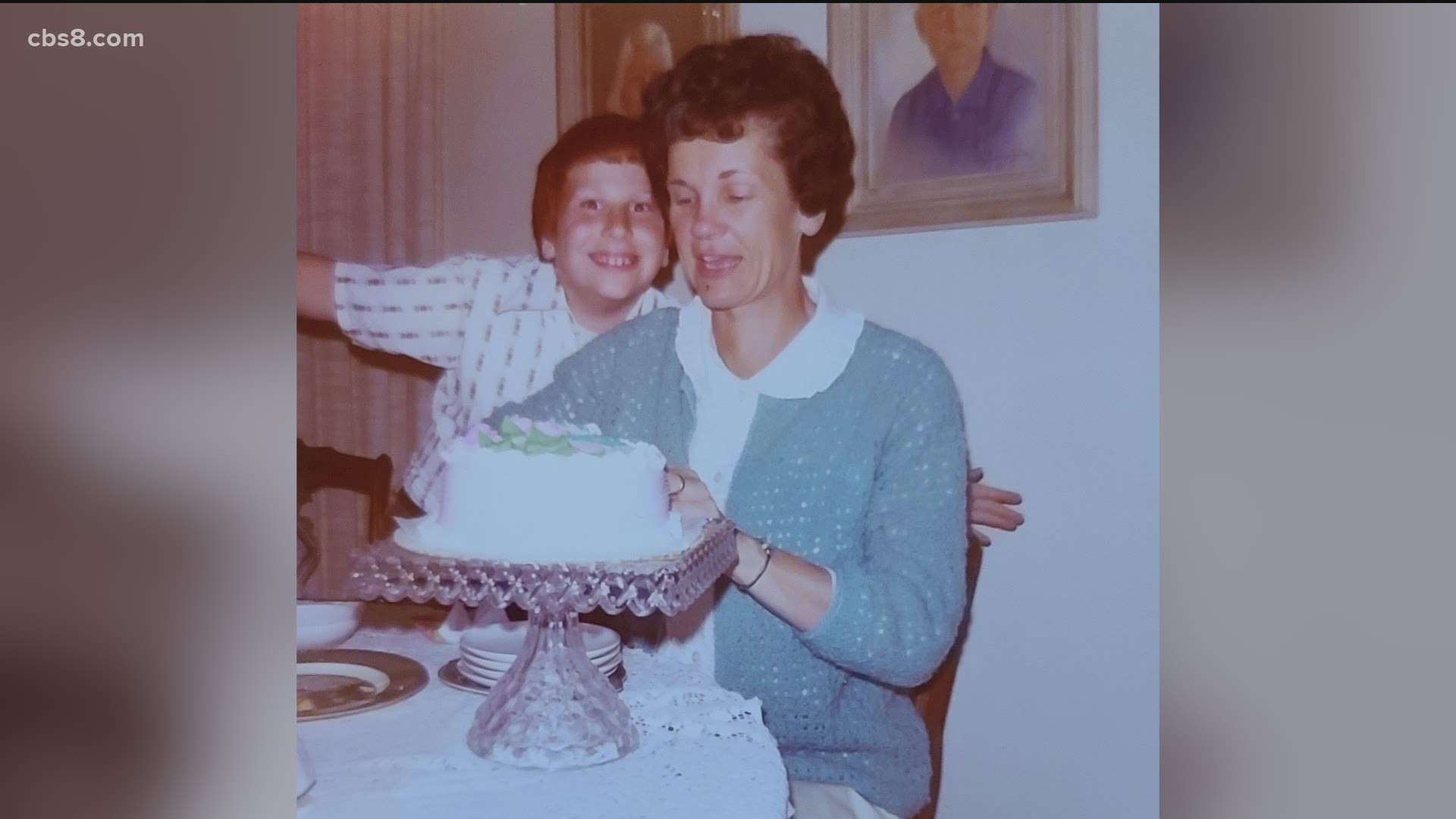 SAN DIEGO — Imagine thinking you were an only child for 59 years, and then out of the blue getting a phone call telling you different.

That's what happened to Larry Heminger here in San Diego.

The person on the phone is telling you she's your half-sister and that you have seven siblings on the East and West coast. Of course, it's a 23andMe story that has all the family member wonder how the secret lasted so long.

Larry was Zooming with his full sister Debbie and talking with us.

Larry had done the test for work 3 years ago and forgotten about it.

"It seems real now that I've made travel plans, it will be really cool," he said.

In that phone call back in May, everything added up.

"All the coincidences just lined up. I was born there; Debbie and Gayle were as well," Larry said.

Both families kept the secret. On Larry's side because both of his parents have passed, he called old neighbors.

"A few days later I reached out to childhood friends ask, they knew, and I was the last to find out," he said.

And on his birth parents' side Debbie said the kids were told another story.

"We knew there was a boy, but he didn't survive," Debbie said.

Because Larry's father died when he was nine and his mother had developed dementia when Larry was in his 30's, he wasn't told by his adopted parents and his birth parents have both passed as well, so no one will ever know why the secret wasn't shared.  Larry's glad to have his newfound family

"It still amazes me... it's like looking in a mirror," Larry said.

And, Debbie is equally amazed.

From an only child to seven siblings.

"The only thing that we'd wished is that we found out sooner but no time better than the present."