In a day centered around eating turkey, some Southern California vegans also want a seat at the holiday table.

CALIFORNIA, USA — Thanksgiving is not a great time of year for turkeys, and it can be a challenging time for vegans, too.

The images of roasted birds so ubiquitous in late November, combined with the pressure and occasional mockery from friends and relatives, can make for a lonely experience on what is supposed to be a heartwarming day of reflection and gratitude.

The numbers are daunting. According to the U.S. Department of Agriculture, more than 46 million turkeys are eaten on Thanksgiving each year. And the National Turkey Federation says 88% of Americans surveyed eat a turkey for the holiday.

Although meatless meal options exist for vegans, the pressures to conform to family dinners centered on a dead turkey are an annual dilemma for many.

Chase Avior, an L.A.-based vegan and animal rights activist, says he's the only vegan in his family, which makes the holidays a tough time.

"I haven't seen my parents and older brother (a hunter) in eight years because we had a falling out over animal rights," said Avior, 38. "They used to cook a vegan meal for me and I would eat with them, but now I will no longer sit at a table where animals are being eaten because I feel it sends the message that killing is OK and I get very uncomfortable in that situation -- for the same reason my family would refuse to dine with me if I we're eating a dog. It's clearly animal cruelty to cut their heads off.

"I'm actually visiting them soon and have already politely explained that if they want to share a meal with me, the whole table must be vegan," he added. "Otherwise, we can hang out in between meals and I'll just eat in another room and dream of animal liberation."

Those looking to cook up a holiday dinner that provides the appropriately festive atmosphere without sacrificing the life of an animal do have some choices, though they are limited.

Tofurky is an option. The Oregon-based company, which makes a wide variety of plant-based foods, offers an oven-ready, stuffed roast for Thanksgiving made of soy and wheat, with wild rice and bread-crumb stuffing. In the Los Angeles area, the Tofurky roast is sold at certain Whole Foods, Sprouts Farmers Market, Gelson's and Vallarta markets (customers should call ahead to ensure their specific store carries it). The roasts can also be found online for as little as $12.99.

People for the Ethical Treatment of Animals also offers a free holiday guide with vegan recipes, shopping tips, and advice for answering challenging questions that could come up at the dinner table. It's available here.

Other vegan recipes for the holiday can be found here,

This year, PETA is launching a nationwide campaign called "ThanksVegan." The animal rights group is spending over $100,000 in a push "to show people how easy it is to enjoy a decadent feast that leaves animals in peace."

The effort includes billboards (including a large number in the Los Angeles area), bus shelter and TV ads and vegan roast giveaways.

Catie Cryar, assistant manager at PETA, said that several Southland restaurants are participating in the campaign, including The Grain Cafe at all four of its locations in Los Angeles, Culver City, Redondo Beach, and Long Beach.

The meal delivery services Veestro, MamaSezz, Fresh n' Lean and Boycemode are also participating, and are promoting the campaign on social media.

Vegan options are also available in some, though not all, of the area's many holiday giveaways for homeless and low-income individuals. Meatless meals are available for students and families who request them in advance at the Los Angeles Unified School District's many "Grab n Go" locations that sprung up in response to the coronavirus pandemic, according to district spokeswoman Barbara Jones.

A vegan option -- a veggie burger with mashed potatoes, sweet potatoes and vegetables -- is also available upon request at the Fred Jordan Missions Thanksgiving Feast on Nov. 25. The Mission's meal is a Grab n Go event this year.

For those who want to do more to help turkeys, Farm Sanctuary sponsors an "Adopt a Turkey" campaign every November. For a one-time donation of $35, people can symbolically adopt a rescued turkey, or sponsor an entire flock for $150, allowing the animals to live out their natural lives at one of the group's three spacious farms.

Farm Sanctuary is a rescue and advocacy group that houses hundreds of farm animals at its three locations in the United States, including one in Acton, near the Antelope Valley. They've been sponsoring the program since 1986, and several of their rescued turkeys' stories can be viewed at www.farmsanctuary.org/adopt-a-turkey.

Billboards are also part of the "Adopt a Turkey" campaign, including one along the Long Beach (710) Freeway near the Imperial Highway exit in Lynwood. Farm Sanctuary partners with Peace 4 Animals and World Animal News for the publicity effort.

"Thanksgiving and turkeys have become synonymous, but sadly, not in a way that celebrates them. At Farm Sanctuary, we're trying to change that," said Farm Sanctuary's CEO, Megan Watkins. "By highlighting the unique personalities of these birds, while also exposing the abuse that they face in an unjust food system, we inspire people to start new compassionate traditions, like adopting a rescued turkey for Thanksgiving instead of eating one."

Farm Sanctuary president and co-founder Gene Baur says the group's message is more pertinent than ever in light of the coronavirus pandemic.

"If 2020 has taught us anything, it's the importance of empathy and that our choices impact the lives of others," Baur said. "If we can celebrate a more joyous `turkey day' without causing unnecessary killing and suffering, why wouldn't we? By widening our circle of compassion to include one of the most abused creatures on the planet, we can prevent the enormous harm that factory farming causes people and other animals." 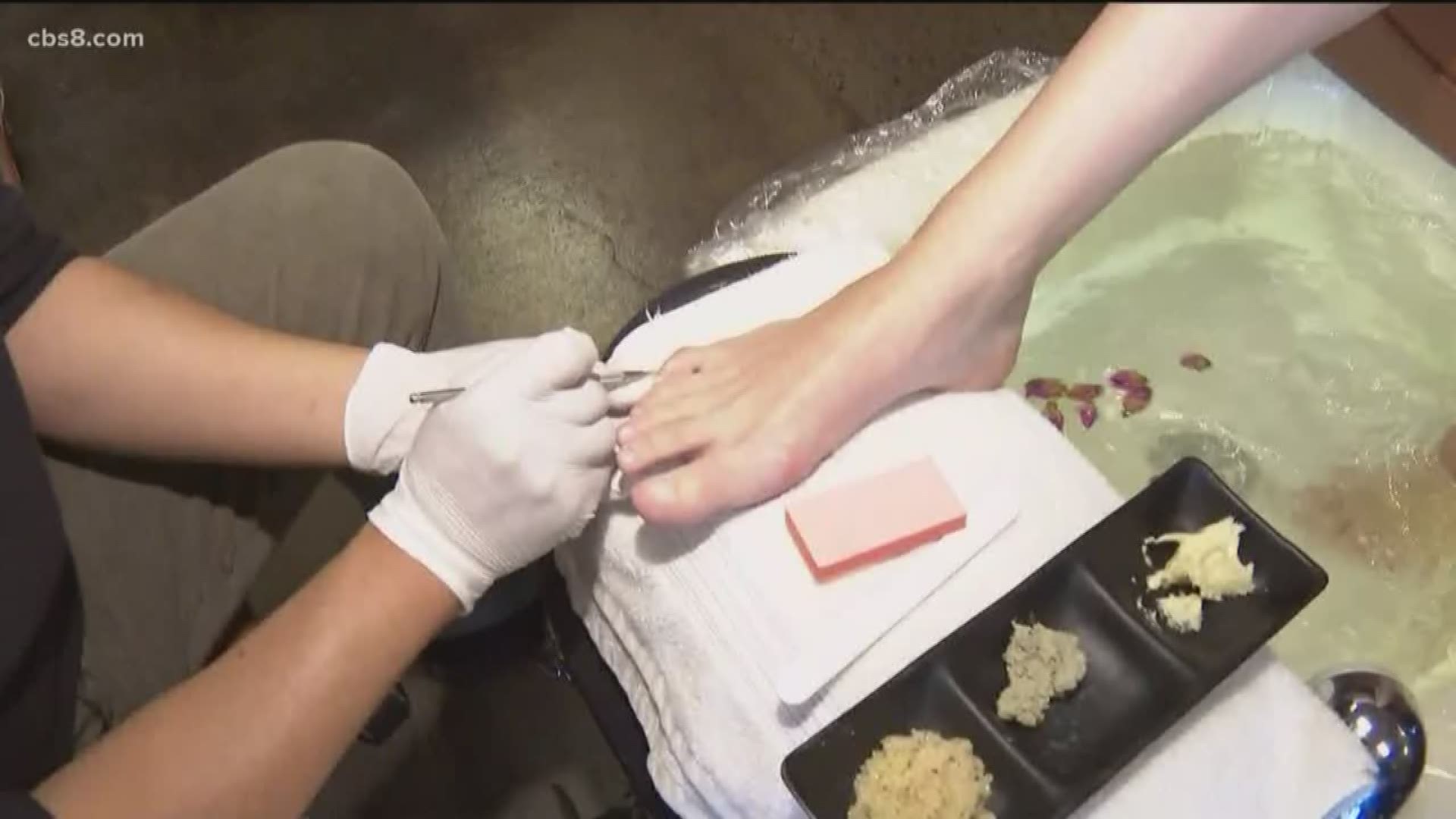