Modern candy cane factories make them by the thousands, but Columbia Candy Kitchen makes them the old fashion way. 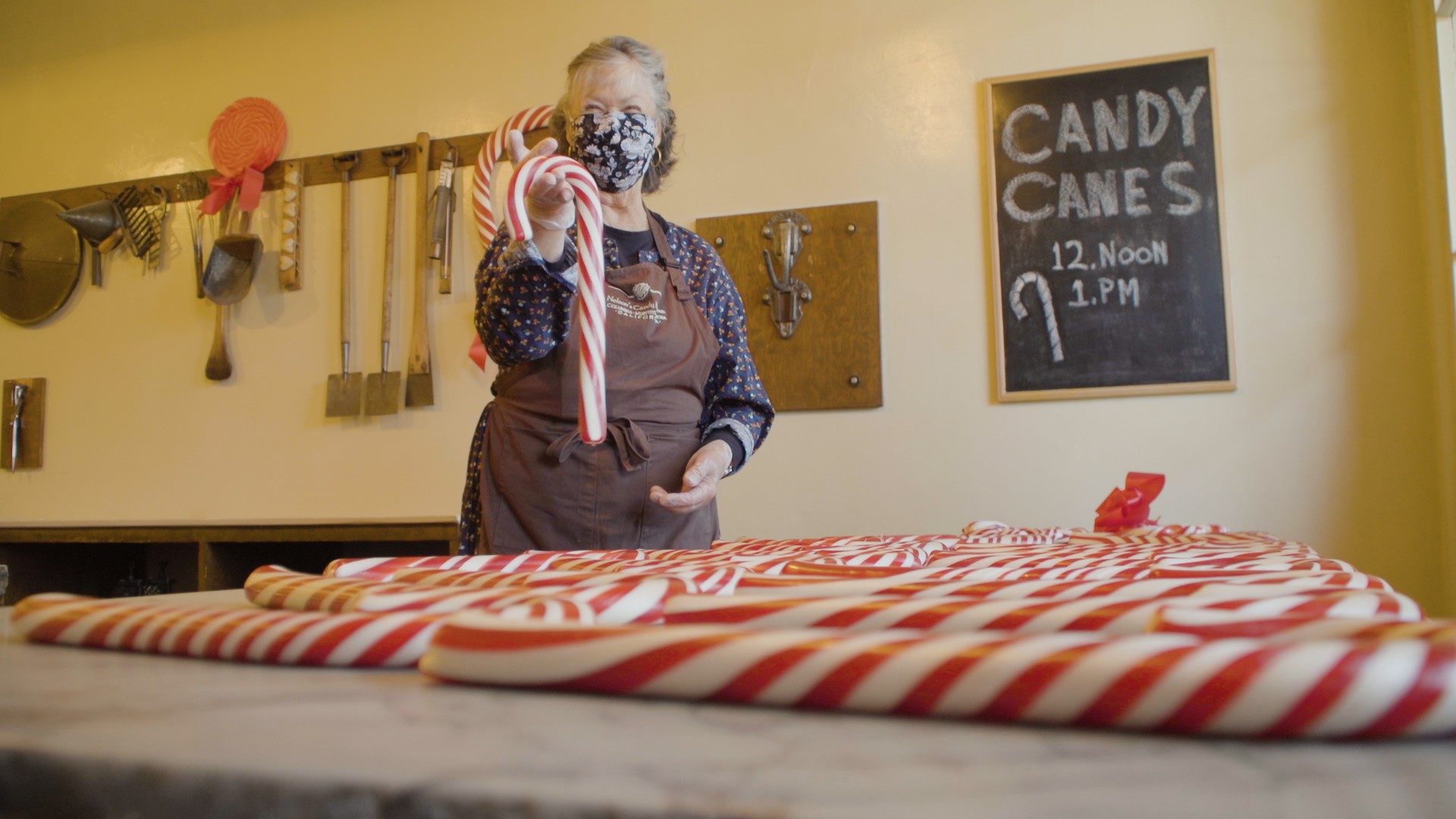 COLUMBIA, California — Few things are as iconic as the candy cane.

Modern candy cane factories make them by the thousands, but here, in the little gold rush town of Columbia, California’s oldest family-run candy kitchen makes them the old fashion way.

Every day at the stroke of noon and then again at one o’clock, curious tourists peer through Nelson’s Columbia Candy Kitchen window to witness what is known as “big pour.” The beginnings of candy cane start with a copper kettle filled with a 300-degree mixture of corn starch, water and a lot of sugar, 28 pounds to be exact.

In her lifetime Janis Nelson and the family before her have cooked up enough sugary concoctions to give the whole world a sugar high. The Nelson Columbia Candy kitchen has been family-owned for 98 years, making it the oldest family-run candy kitchen in California.

"Five generations," Nelson said. "Everything you see in here is over 100 years old."

Originally serving gold miners and quarry workers in the late 1800s, the Nelson family took over the business in the 1930s and perfected the art of cooking confections the old fashion way.

From November 26 to December 25, the most sought-after confection in the shop is the candy cane.

“It’s the way you process it is what determines the end result,” Nelson said.

Boiling, mixing, pulling, and rolling the process is all hands-on right down to the cane's signature bend.

Normally, the kitchen is full of tourists. Nelson's tradition is to hold a lottery that allows 20 or so people to come inside the kitchen and make their own candy cane. The pandemic spoiled that tradition.

State guidelines only allow five customers inside the candy kitchen, and like other family-run businesses, it's impacting sales by about 50%. Nelson said.

The century’s old Candy kitchen survived wartime rations, the great depression and past pandemics, so as a new year rolls in, Janis remains optimistic.

“This too will pass,” Nelson said.