Do you have quarantine cooking fatigue? Solana Beach foodie shares recipe inspiration if you're burnt out 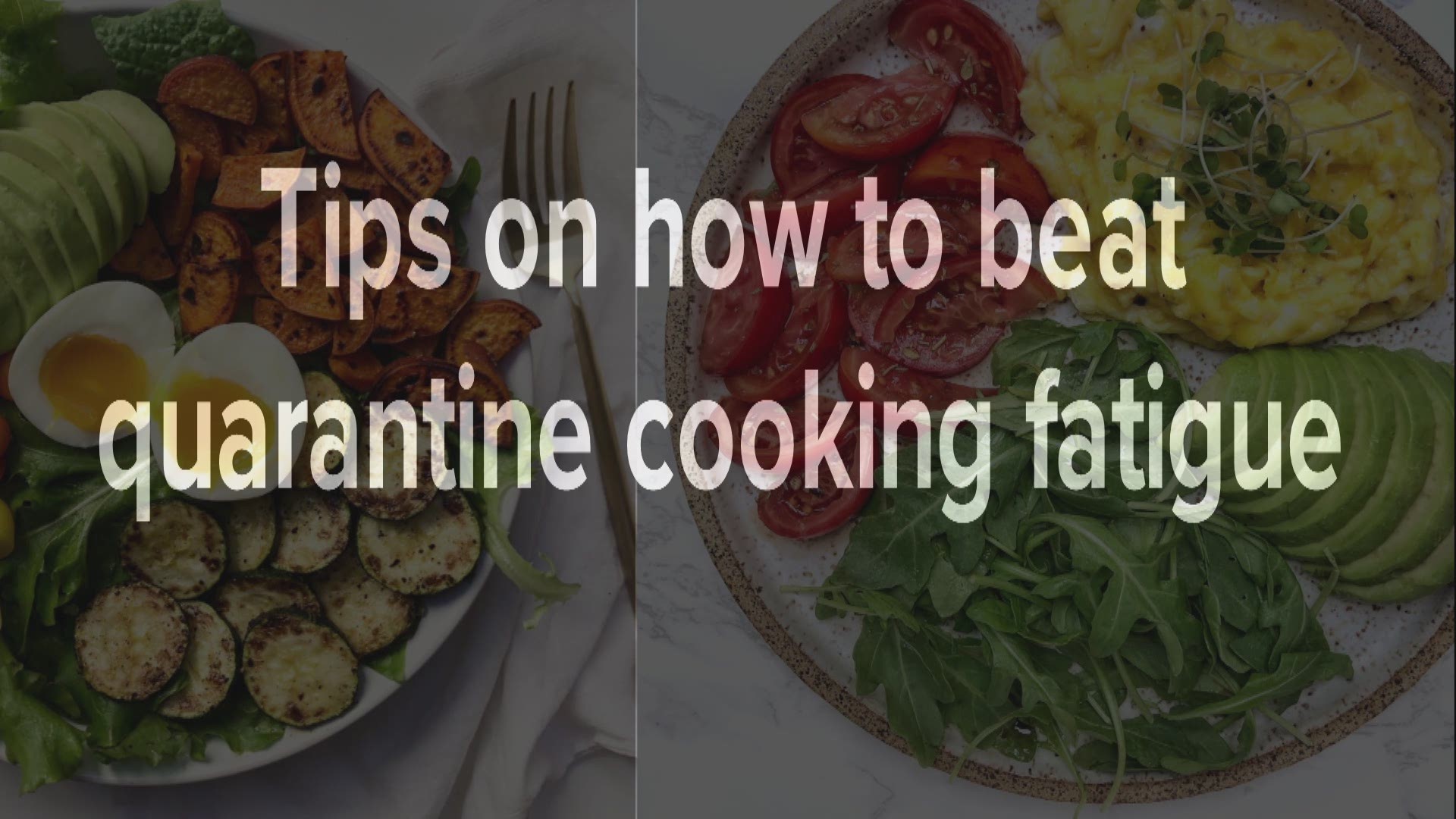 If you’re burnt out on all this quarantine cooking, you’re not alone. It’s exhausting coming up with three new meals everyday for what feels like the forseeable forever, then facing that never-ending pile of dishes. Your recipe rotation is usually even smaller if you have dietary restrictions.

Fortunately, Belinda Kraemer is a foodie ready to provide some much-needed inspiration if you’re dreading that “what’s for dinner?” question. The Del Mar native’s culinary journey started back in college at Cal, and it wasn't a glamorous one.

“A year of eating microwave mac and cheese and dorm pizza and all the terrible things you should be eating as a freshman just like sent my body into this downward spiral,” said Kraemer.

Kraemer has a condition called ankylosing spondylitis, which causes spinal inflammation. When her condition caused her to head home for a semester, Kraemer found comfort in a surprising place: the kitchen. She started learning how to cook, experimenting with different foods and how they made her feel.

“I took no shame in this - I would watch kids cooking videos that were made for kids because they’re simple. They don’t have a lot of ingredients and it was this amazing way to be like ‘okay, I got this.’ I just had to let go of that ego for a second," she said.

Long gone are her days of training-wheels cooking. Nowadays, her recipes look like a professional whipped them up.

“A bunch of girlfriends kept asking me to give them the recipes so I’d end up writing out each recipe, emailing them to each individually and [went] ‘I’m just going to put them all in one place,'” said Kraemer.

That’s why Kraemer started her Instagram account, Beachside Kitchen, about two and a half years ago, and then later a website. Most of her followers are in New York City and San Francisco, followed by her hometown, San Diego.

“I honestly never thought it would be more than just my parents and like five friends following it,” said Kraemer.

Kraemer discovered her body doesn’t react well to gluten, so she understands why people with dietary restrictions sometimes feel frustrated, especially during this pandemic.

“Now seeing everyone bake that amazing homemade sourdough, I’m ah - I wish I could have that,” she said with a laugh.

“I have the biggest sweet tooth, admittedly, like I can not go a day without sweets,” she said.

If you’re just getting started, Kraemer recommends thinking about your favorite foods. Pick four or five ingredients and start playing around with them.

“I think people are just having to start [right now],” said Kraemer of the stay-at-home order.

Kraemer said this is also because with items flying off grocery store shelves, the particular items you want aren’t always there, but sometimes substitutes are. If you’ve run out of recipes to make, you’re not the only one experiencing burnout.

Kraemer recommends trying a theme to inspire creativity and get out of the quarantine cooking rut.

“One night we did Mexican and we played music and we made margaritas [to] bring a little festivity to it because it does get so tedious,” said Kraemer with a smile.

If you want to make your kitchen a Beachside Kitchen, Kramer recommends having three essential ingredients in your toolbox:

“I think it really changes the flavor of your food,” said Kraemer.

Kraemer lives in Solana Beach and has a separate full-time job, calling her Instagram account a “side hustle, side passion.”

She does a handful of sponsorships -  two to four per month - mainly to offset the cost of groceries.

“There’s such a surprising amount of food brands out of San Diego and they do so much to give back to their community, so I love to hype them up,” said Kraemer.

Kraemer isn’t sure what her growing online recipe collection will look like in five years, but she does know that whatever happens, she’ll keep cooking.

RELATED: From cooking up meals inspired by Mexico to helping a Mexican hospital