Craig Ghio plans on giving operations a go for eight weeks, and will then take another look at how business is doing before making a final decision. 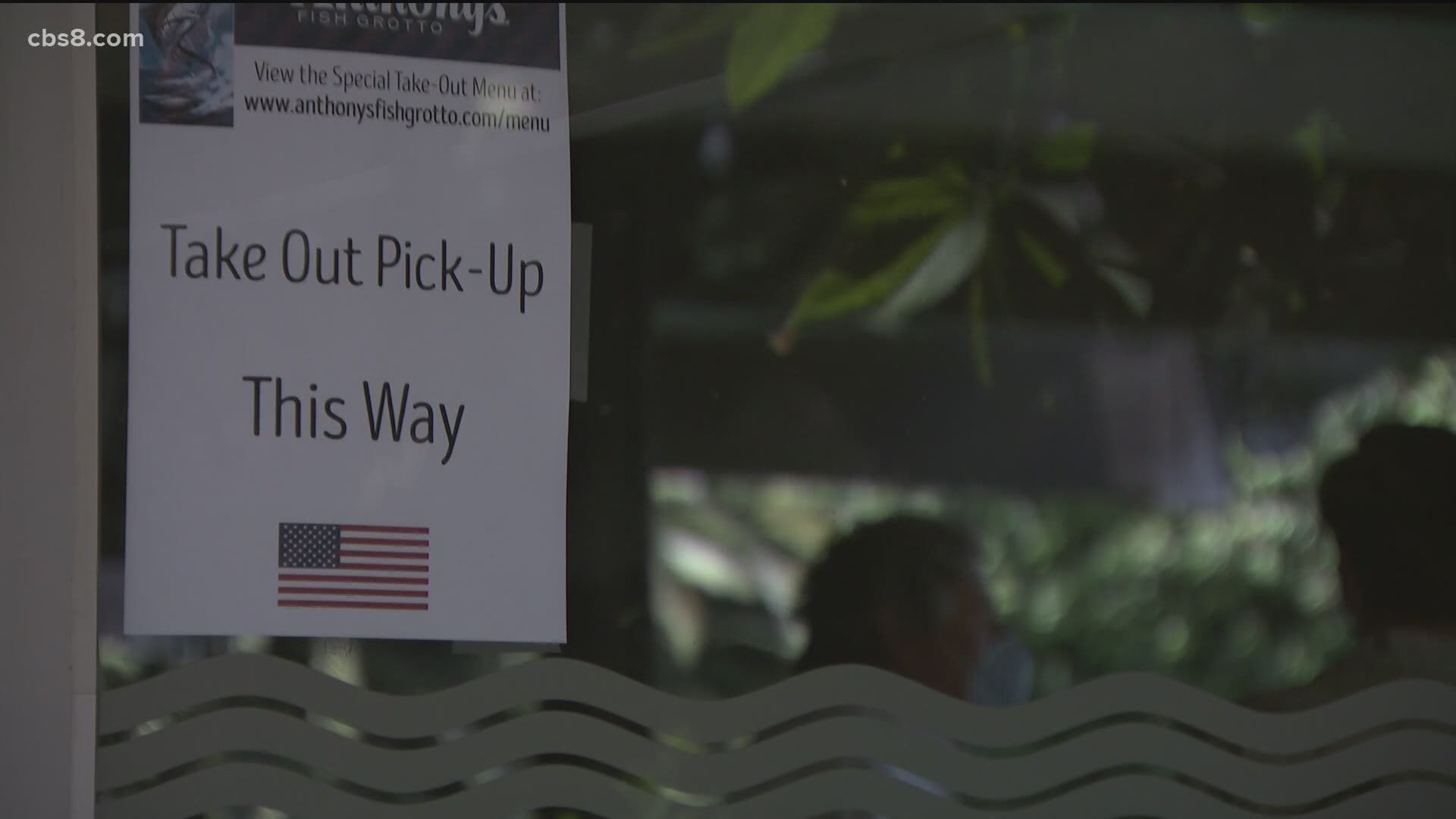 SAN DIEGO COUNTY, Calif. — San Diego's iconic Anthony's Fish Grotto restaurant was ready to close down this weekend, but when clients heard the news, the out pour was huge, and now, Craig Ghio has changed plans.

"I had already started last week to call suppliers. This was the end, and we're shutting it down," said Ghio.

Between Saturday and Wednesday, Craig and his cousin Beverly changed their minds on the closing.

"The main factor were the guests. People have enjoyed eating at Anthony's for decades," said Ghio.

For decades, San Diegans have enjoyed the seafood at Anthony's Fish Grotto.

"My Grandmother, Mama Ghio, started it in 1946. Next year would be our 75th anniversary," said Ghio. "They [customers] came out in droves. Some were in tears saying 'this is my favorite place. You can't close.' Because these guests love the food, and the atmosphere at Anthony's here in La Mesa, I'll put in the effort for them."

Anthony's will be following all the new guidelines to keep their customers safe, and taking orders to go orders from 2 p.m. to 7 p.m.

As Mama Ghio would say: "Let the fish speak for itself. Let the flavor and tenderness come out."

At Anthony's Fish Grotto restaurant, Ghio said it's not just about serving food, but "it's that emotional connection with the guest - it's unbelievable."

Ghio plans on giving operations a go for eight weeks, and will then take another look at how business is doing before making a final decision.