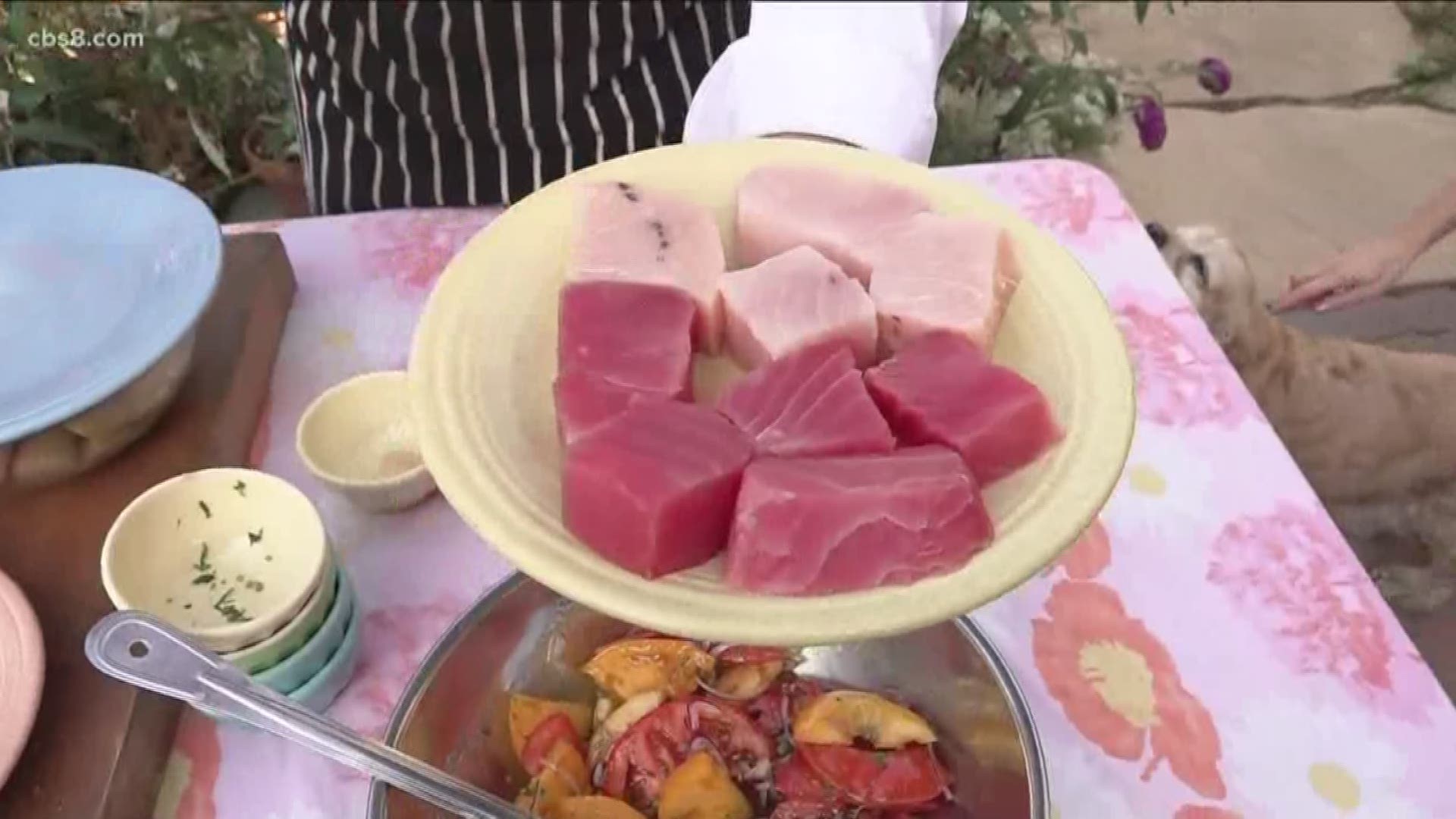 This marinade goes on after the fish is cooked.

Set fish and pine nuts aside.

Combine marinade ingredients and season to taste with salt and pepper and set a side. Reserve enough oil to cover the fish and season with salt and pepper. Over hot flame, grill the fish three to four minutes each side, do not over cook. Remove fish and place in a serving dish and top with Escabeche marinade and top with toasted pine nuts. Let the fish rest for eight to 10 minutes so the fish can pull in the flavors. Serve with a grilled lemon halves to add a smoky flavor.

Escabeche can be used on chicken, beef, pork and lamb, as well.

Place potatoes in pot of cold water and 1/2 cup kosher salt, bring to a slow boil. Cook until tender, DO NOT OVER COOK or the potatoes will be mushy. Drain and rinse with cold water, set out and allow to cool. Combine the rest of the ingredients except the parsley, toss with potatoes, season and top with parsley. 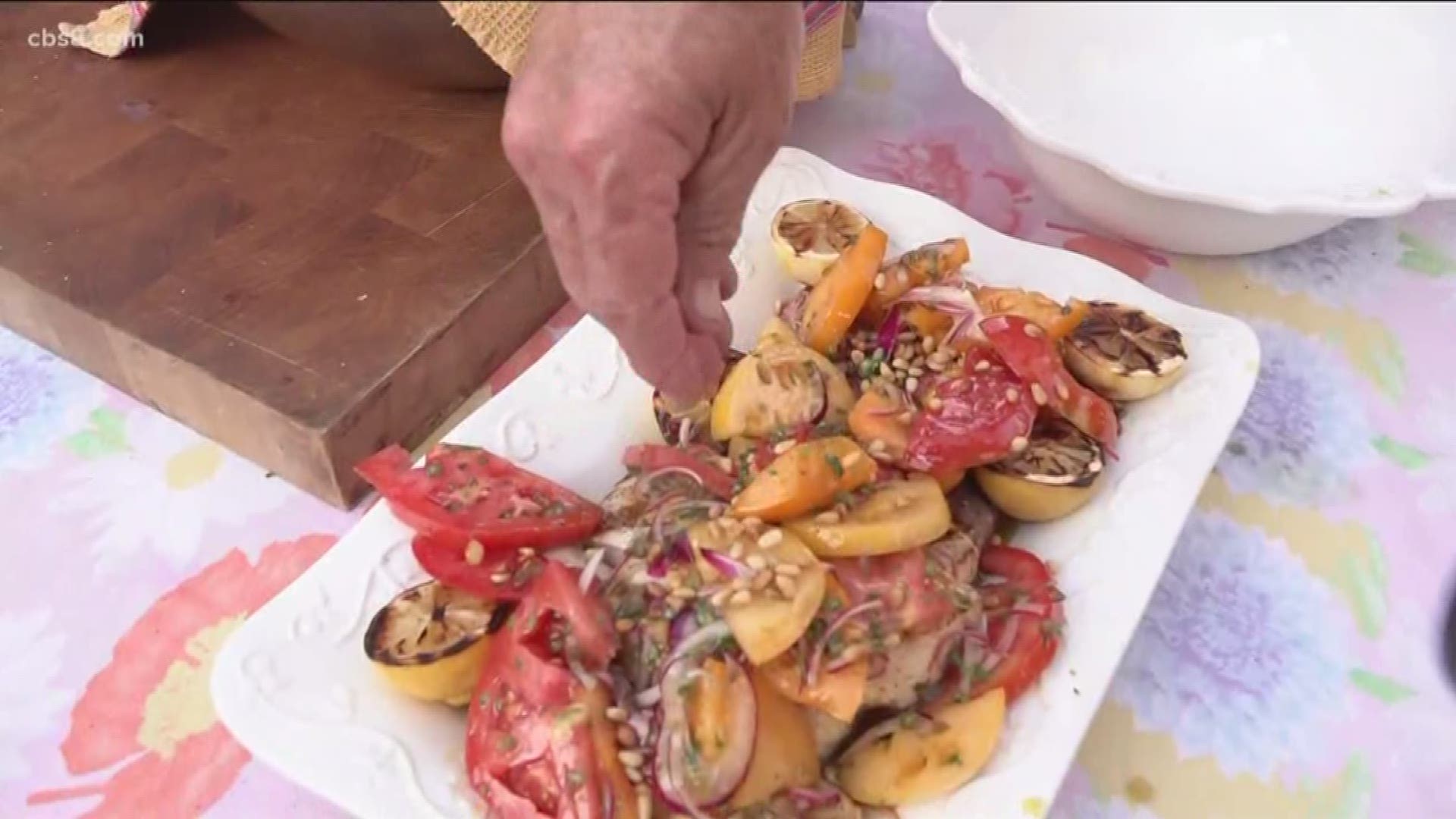 Drizzle honey over sliced peaches in a bowl, toss and set a side. Whip heavy whipping cream into firm peaks. In separate bowl combine ricotta cheese and lemon zest and fold into whipped cream. Brush melted butter on both sides of the pound cake and over medium heat grill toast. Place toasted cake in a bowl, scoop peaches on top with out syrup, next a dollop of whipped cream and finish with a drizzle of honey peach syrup. 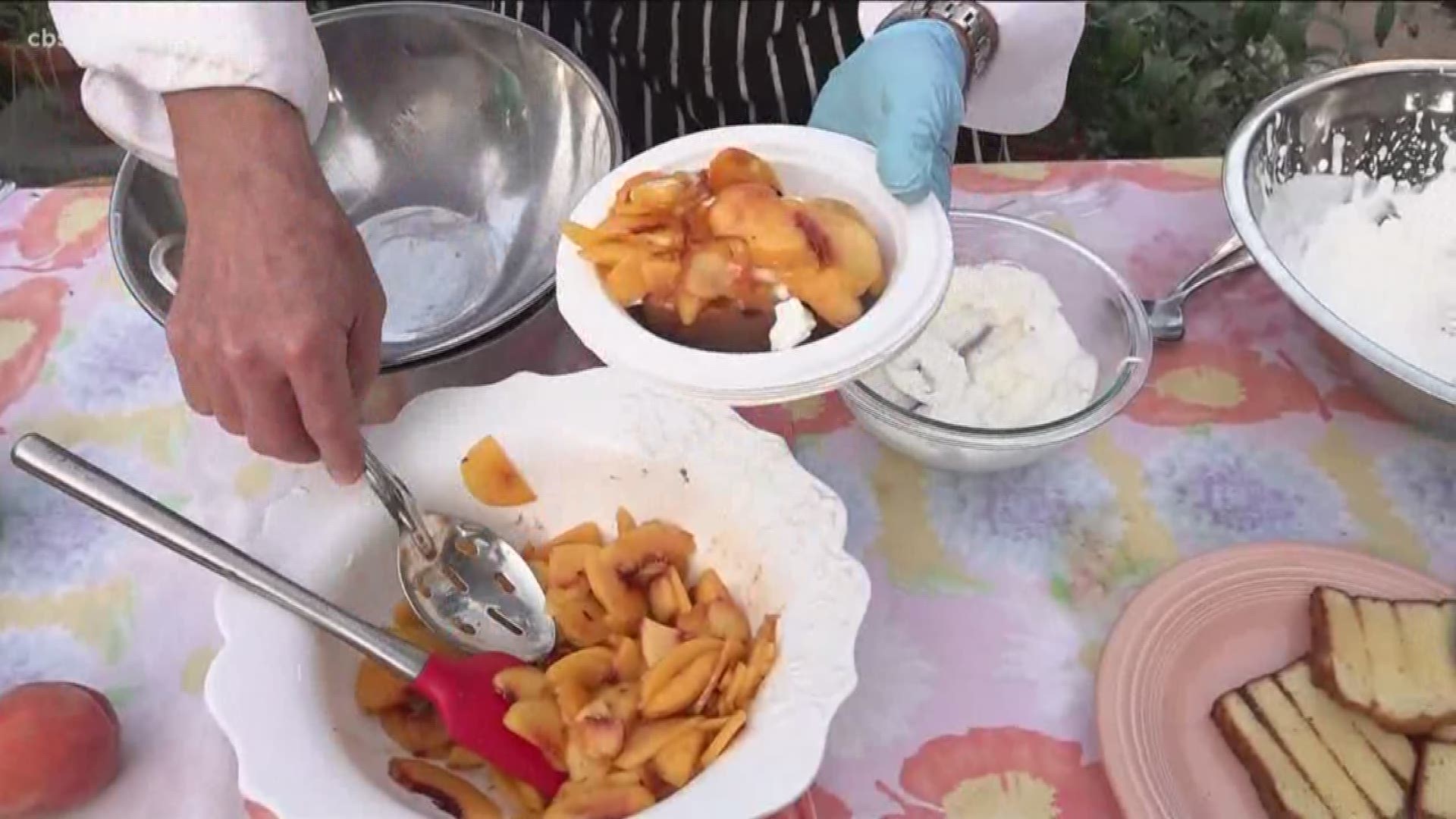