Even before COVID, one in seven people in the San Diego region were having difficulty accessing and affording nutritious food. 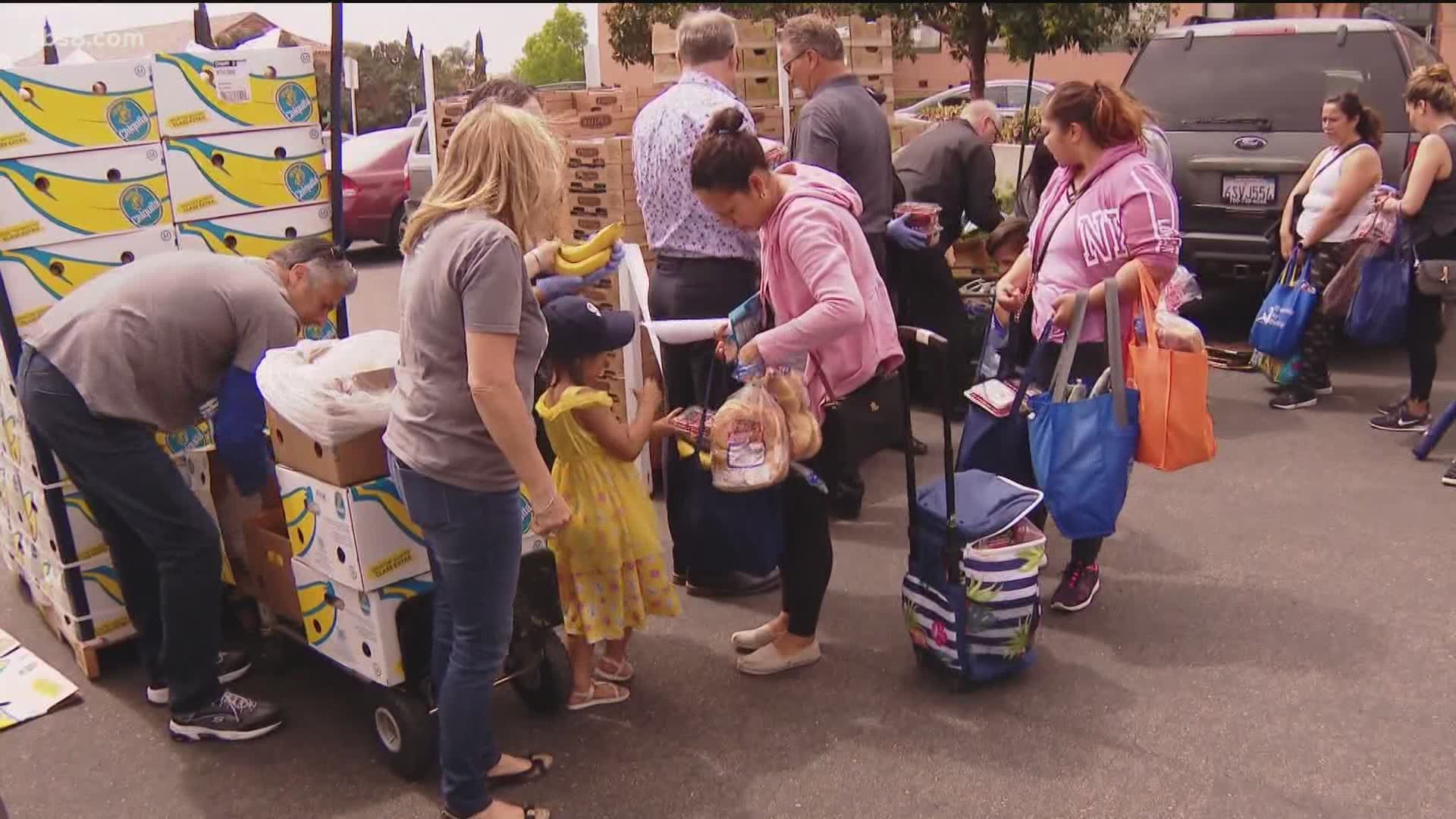 The report also puts forward 10 objectives intended to help heal the food system over the next decade by "cultivating justice, fighting climate change and building resilience," according to a statement released by the Alliance, a coalition of local organizations, businesses, health systems, nonprofits and government agencies "dedicated to building a healthy, sustainable and just food system in San Diego County."

"The past year has proven we have a food system that fails to provide for the vast majority of our communities," said Elly Brown, executive director of the San Diego Food System Alliance.

"It's not broken, but instead working exactly how it was designed, concentrating wealth and power in the hands of a few," she said. "Our goal should not be to 'fix' the system, but rather transform it completely by confronting the systemic injustices it was built on -- including the exploitation of Black, Indigenous and people of color. We need to rebalance power, so that our communities have a say in how their food is grown, produced, sold and shared."

"During the pandemic, we saw such disruptions to the food system, increases in food insecurity, disruptions in our food supply chain and workers struggling," Brown told News 8.

According to the report, even before the pandemic, one in seven people in the San Diego region were experiencing food insecurity, unable to afford or access regular, nutritious meals. Today, one in three San Diegans are food insecure, according to the Alliance.

More than 217,000 people in San Diego County, 80% of them Hispanic/Latino, work on the front lines every day to produce, prepare, deliver and serve food. The work they do is essential, yet they earn the lowest annual wages across all sectors in San Diego County: $28,000 per year, on average, according to the report.

To address these inequities, the report sets three goals:

-- fight climate change by mitigating its impacts and ensuring food producers and the food system can withstand more frequent extreme weather events; and

-- build resilience by strengthening our connection to food, building a stronger public safety net, and investing in the local food economy.

"We are excited to unveil a roadmap for repairing our extractive, inefficient and unsustainable food system," Brown said. "It involves pushing back against consolidation in the food industry and investing in our local farmers and fishers, in our farm and food workers and independent retailers and restaurants.

"We need to build community power so residents can acquire land to grow food, and steward our land and marine resources in the face of climate change," she said. "The people who work every day on the ground to produce, prepare and move food in our region must have the leading voice in a food system that truly nourishes all of us."

Brown pointed to the work done by Olivewood Gardens in National City as a way of investing in the local food economy.

"This is a beautiful example of more of what we would like to see more of," she said.

The nearly 8-acre site provides an outdoor classroom demonstrating the power of garden-to-table food sustainability, offering "more opportunities for kids and their families to know where their food comes from," she added.

She said that along with the San Diego Food Bank, the roughly 500 local non-profits it partners with experienced first-hand the alarming increase in demand.

A virtual launch event for Food Vision 2030, featuring a conversation with SDFSA leadership, Food Vision 2030 contributors and local leaders, will take place on Thursday from 3 to 4 p.m. The community is invited to join by registering at sdfoodvision2030.org.

The Alliance was launched in October 2012 in response to a food system assessment conducted by the UC Davis Agricultural Sustainability Institute and recommendations from the Urban-Rural Roundtable.