The couple met 58 years ago. 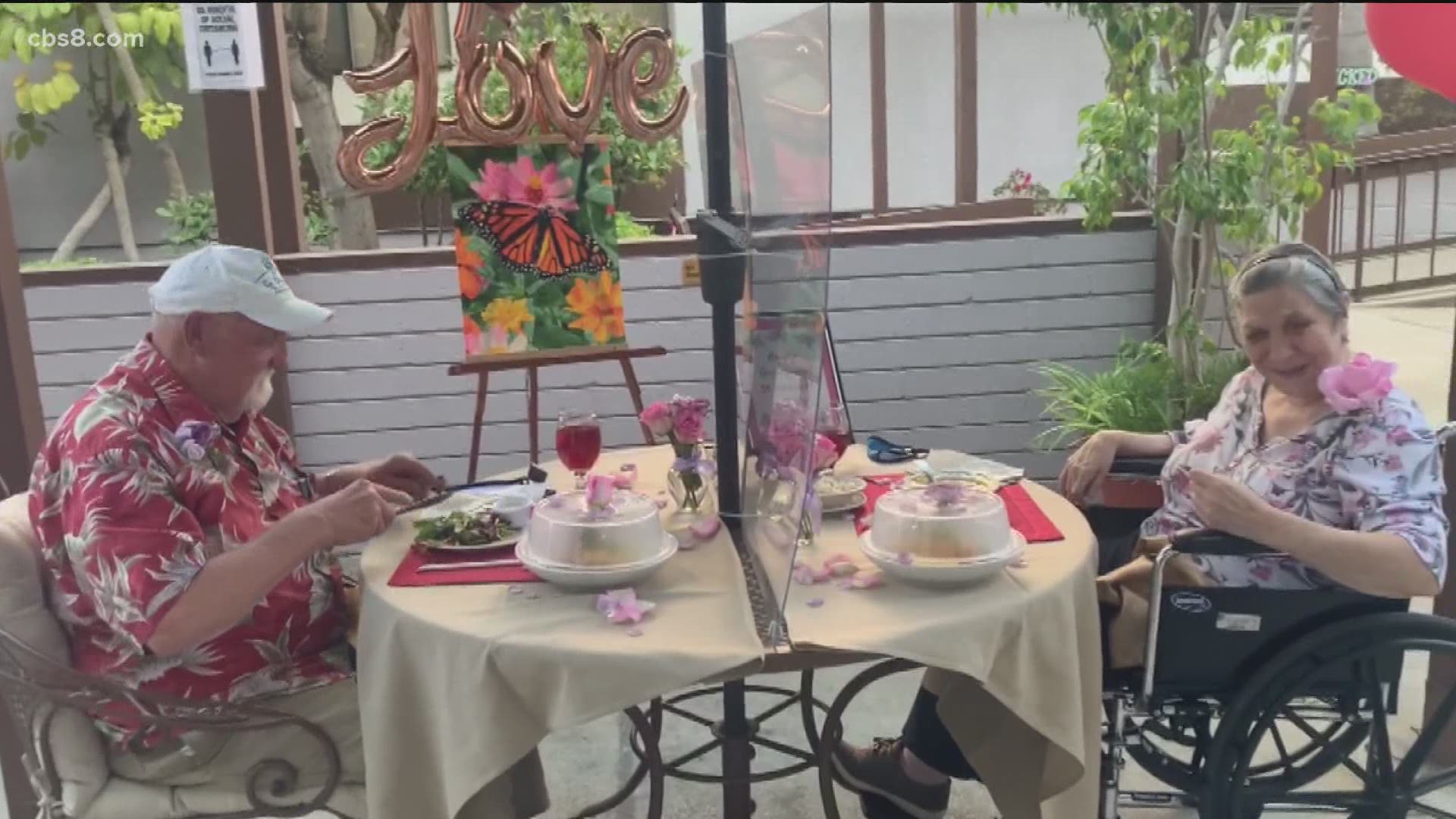 SAN DIEGO — This pandemic has been tough on everyone, including our seniors, which is why staff at St. Paul's Senior Services recently went above and beyond to celebrate the anniversary of two of its residents.

Ray and Valerie Hanks live in separate wings at Saint Paul's, so when it was their 55th anniversary recently, staff wanted to make sure it was extra special - something they've been doing more of since this pandemic began.

"She was a car hop at a Tasty Freeze. That was 58 years ago and that's when I met her," said Ray Hanks.

Ray lights up when he talks about his wife, Valerie, even more so, as he recalls the anniversary dinner the two recently shared.

The staff at St. Paul's planned an outdoor dining experience for the two, complete with flowers, a plexi-glass divider and entertainment. Even their wedding album was on display.

"And the pictures are just as clear as the day they were taken," said Ray.

St. Paul's marketing director, Amanda Gois, said the dinner is just one example of how staff has gone above and beyond during the pandemic.

With so many restrictions in place, she said loneliness amongst seniors is a huge concern.

“I can’t think of any other industry that has been more affected than the senior care community, not just St. Paul's," said Gois. "Every community has struggled with keeping their seniors engaged."

Activities have ranged from distanced dance parties to hallway happy hours. Community members have chipped in by writing letters and sending gifts.

“Because that lifts their spirits and help them feel engaged," said Gois.

It's small things that mean so much. For Ray, it was more than just a meal.
Valerie has Multiple Sclerosis, and lives in a different building where she receives specialized care. Before COVID-19, Ray used to visit several times a day. Now, their time together is limited, but their connection is not.

“You seem to have made it work for 55 years so what's the secret?" asked News 8.