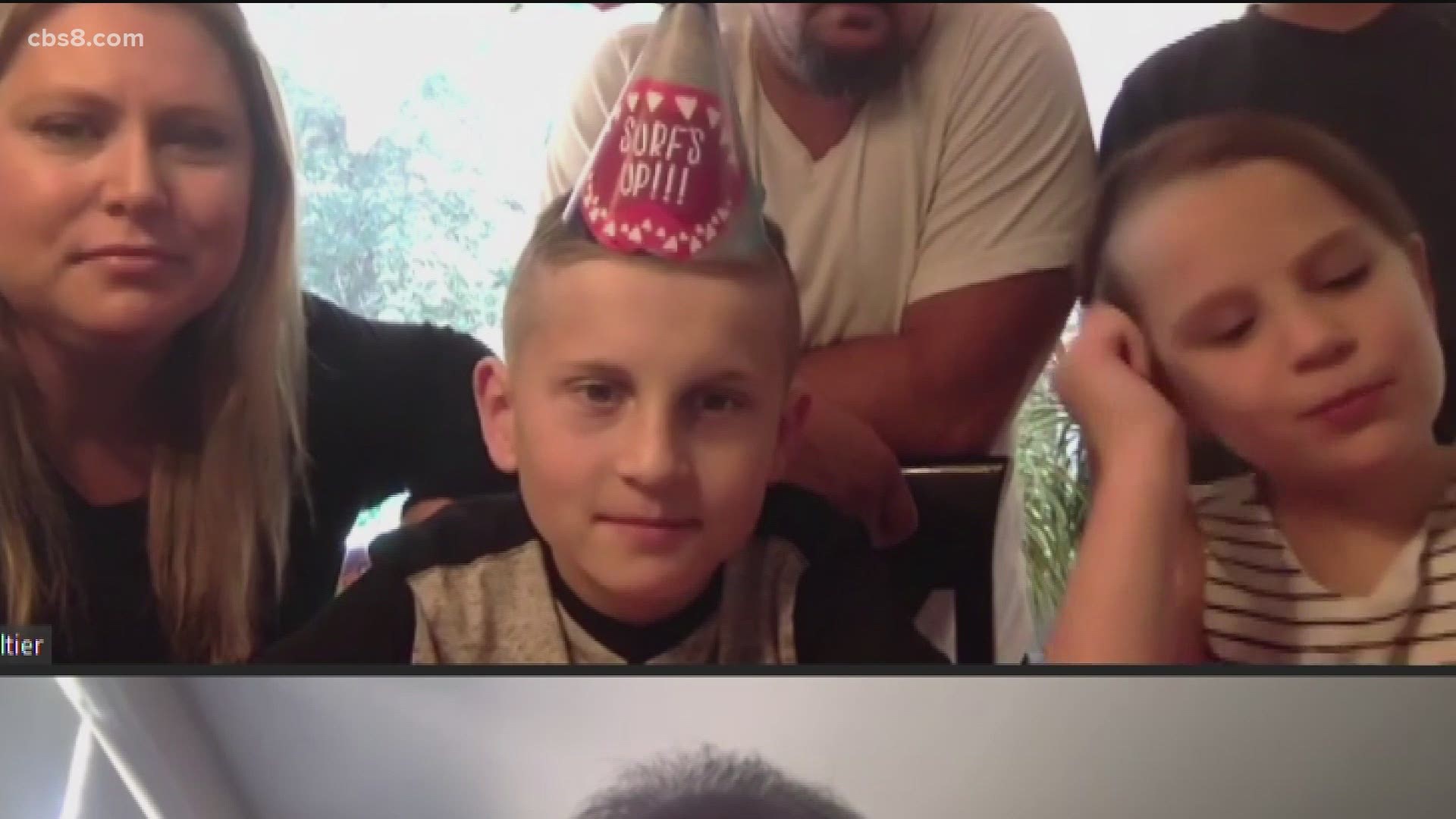 OCEANSIDE, Calif. — A San Diego County boy who defied the odds at birth is celebrating a major milestone!

Caleb Peltier just turned 10 years old. When he was just three days old, staff at Tri-City Medical Center in Oceanside saved his life. His story inspired new protocol, as well as a state law, to protect other babies like him.

Caleb was born with a heart defect, something that wasn't detected right away.

"We're just so thankful he's here with us because I know so many families don't have that happy ending," said his mom, Casey Peltier.

For Casey, Caleb's birthday isn't just a celebration. It's an emotional milestone.

"It makes me cry," said Casey.

Staff initially admitted him into the emergency room. Staff there called upon neonatologist and pediatric cardiologist, Dr. Hamid Movahhedian, who was working in a different department. At the time, it went against protocol.

"Someone from respiratory therapy saw me in the hall and said 'there is a three-day-old baby in the emergency room in shock. Can you take a look?'" said Movahhedian. "Caleb was there with no sign of life but a heartbeat."

Movahhedian determined there was something wrong with Caleb's heart. Thankfully, he was given medicine before undergoing surgery two weeks later, both of which saved his life.

“I believe there was an angel watching him," said Movahhedian.

Following the ordeal, Tri-City staff implemented a new ER coding system called Code Caleb. When used, it mobilizes the proper equipment and staff to assist babies 30 days and younger. Before, doing so would take more time, and in some cases, the necessary tools weren't available.

"It's really created a process for us to make sure these kids get the treatment they need as quickly as possible," said NICU manager, Melissa Terah.

Caleb's story also inspired AB 173, making it mandatory for babies in California to be screened for a congenital heart defect before they leave the hospital.

“There's so much good from Caleb’s story," said his mom.

News 8 was there Monday as Tri-City staff held a virtual party for Caleb. The now 10-year-old is thriving, as are other children because of him.

His reaction, in just one word: “Amazed.”

Caleb's family is pushing for Code Caleb to be the norm at hospitals everywhere.