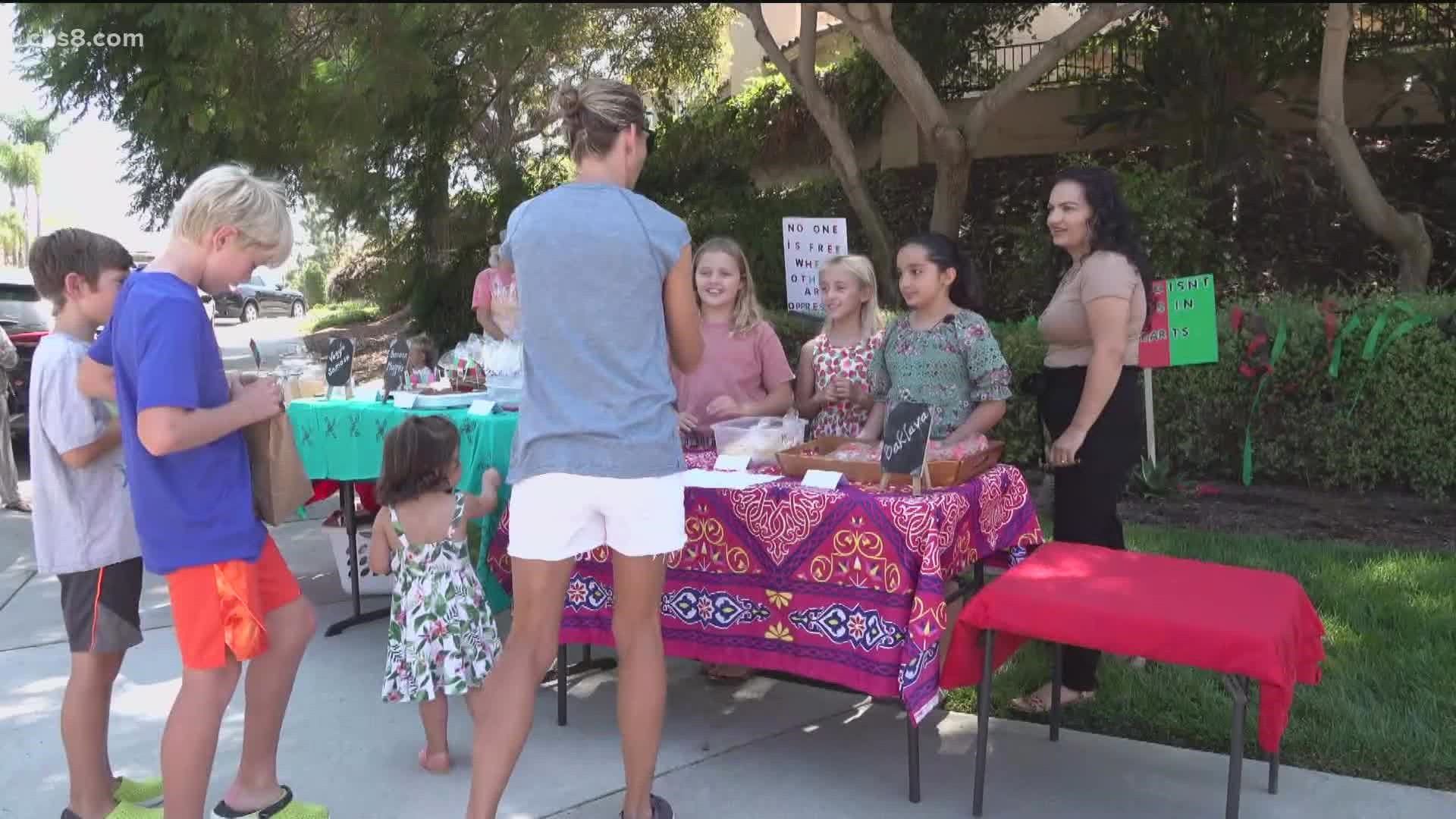 On Monday, however, people lined up on the corner of Rancho Latigo and Rancho Bravado to show their support.

”It gives me hope,” said Maryam. “I want to do this from my heart.”

Maryam and her friends planned a bake sale with different sweet treats.

“It’s homemade,” said Maryam next to some banana muffins.

Maryam and her family said they will donate the proceeds from the bake sale to Borderlands for Equity, a La Mesa-based nonprofit that helps Afghan refugees. There was a suggested donation of $3 to $5 on Monday, but some people donated far more.

”There’s two goals for me - making money for Afghanistan and bringing lots of awareness,” said Maryam.

The Mehr family said they are thinking of their own family members overseas.

”I have my mom there, my stepdad, my half sister, my two aunts, and a lot of cousins and uncles and everyone else there as well,” said Madina, Maryam’s mom.

”I want to tell people,” said Maryam. “I want to bring awareness, but sometimes, it can be, like, emotional for me.”

Several community members pulled over to buy some baked goods and contribute to the cause as kids waved “Save Afghan Children” posters.

“It’s been amazing, to be honest,” said Madina. “Amazing turnout.”