From a gold medal soccer Olympian to a Chula Vista doctor

Working towards goal on and off the field. How Rachel Buehler Van Hollebeke won gold medals playing soccer to now working as a doctor in residence in Chula Vista. 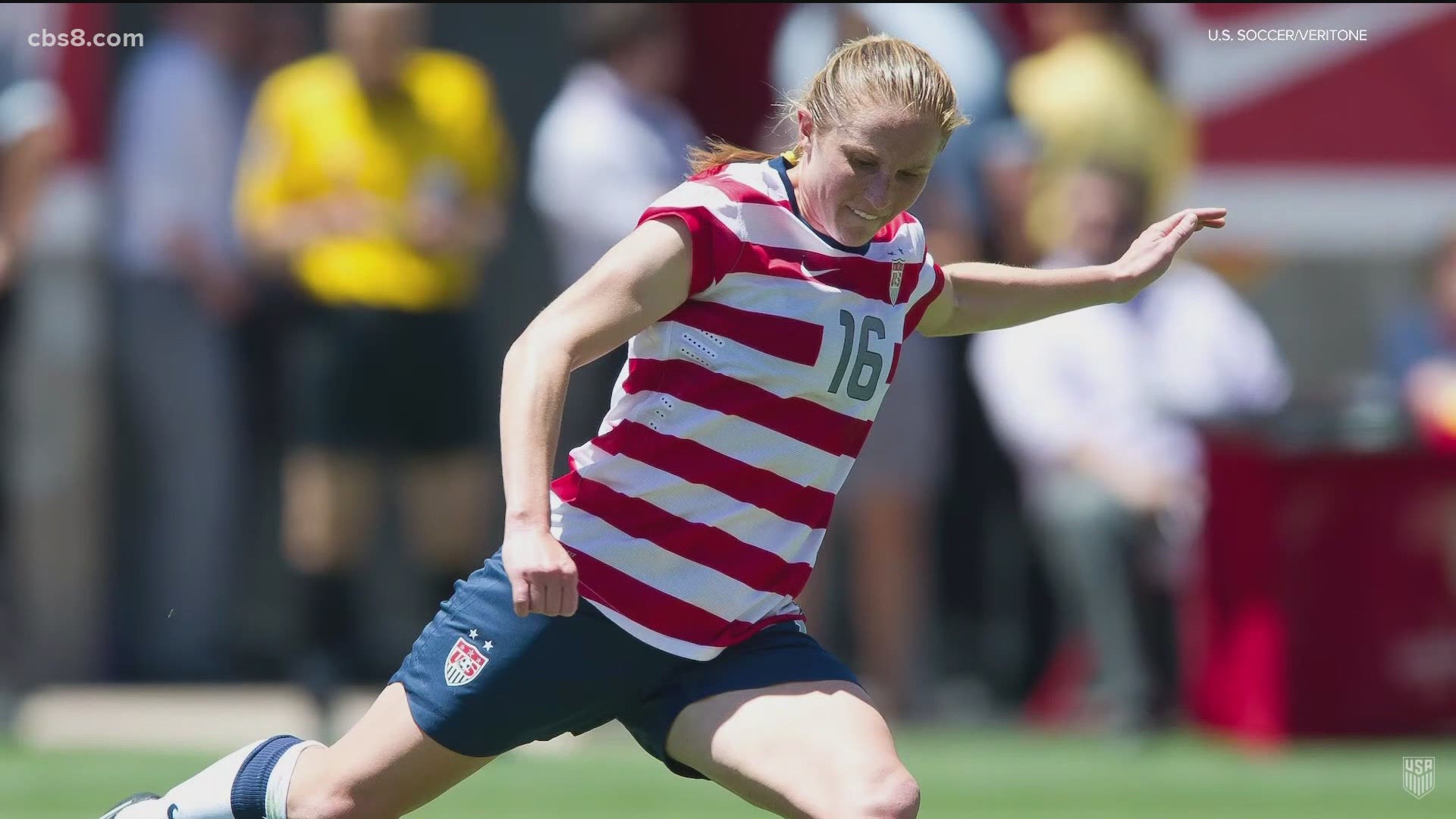 She grew up in Del Mar. She was an Olympic gold medal winner with the U.S. Women's National Soccer team. She graduated from U.C. San Diego's medical school.  And now she's a doctor in residence in Chula Vista.

How did she score all those goals? Meet Rachel Buehler Van Hollebeke.

"You have accomplished more in your young life than most will in their entire lifetimes," said News 8. "What is your secret?"

"Being able to stand on the podium and hear the national anthem play with a medal around your neck - there's nothing like it," said Van Hollebeke.

Then a series of nagging injuries over the years limited Van Hollebeke. When she was left off the team for the 2015 World Cup, she announced her retirement the day before her 30th birthday.

Entering medical school after soccer had always been the plan as her father was a cardiothoracic surgeon at Scripps Memorial.

"Hearing him talk about surgeries and watching surgery videos with him, I kind of got indoctrinated and exposure and I always wanted to do it," said Van Hollebeke.

She is a doctor in residence at Scripps Mercy Hospital and the San Ysidro Health Centers in Chula Vista, a hot spot in the pandemic. She arrived shortly before COVID-19 did.

"Our patient population has been disproportionately affected by COVID. It is primarily a  Latino working class population, so COVID is very prevalent here and everywhere right now," said Van Hollebeke.

Her teammates knew her for always being prepared and ready for anything. She took what she learned on the field, as she worked towards a goal and translated it into the hospital.

"A lot of the characteristics I built in soccer - team work, team focus  - is important in medicine and interacting with nurses. You are always part of a bigger team." said Van Hollebeke.

She has a 2.5 year old daughter. She is half way through her residency and hopes to stay here in San Diego County when she's done.