A 6-year-old girl diagnosed with a rare and aggressive brain cancer started a GoFundMe to help other children and animals. 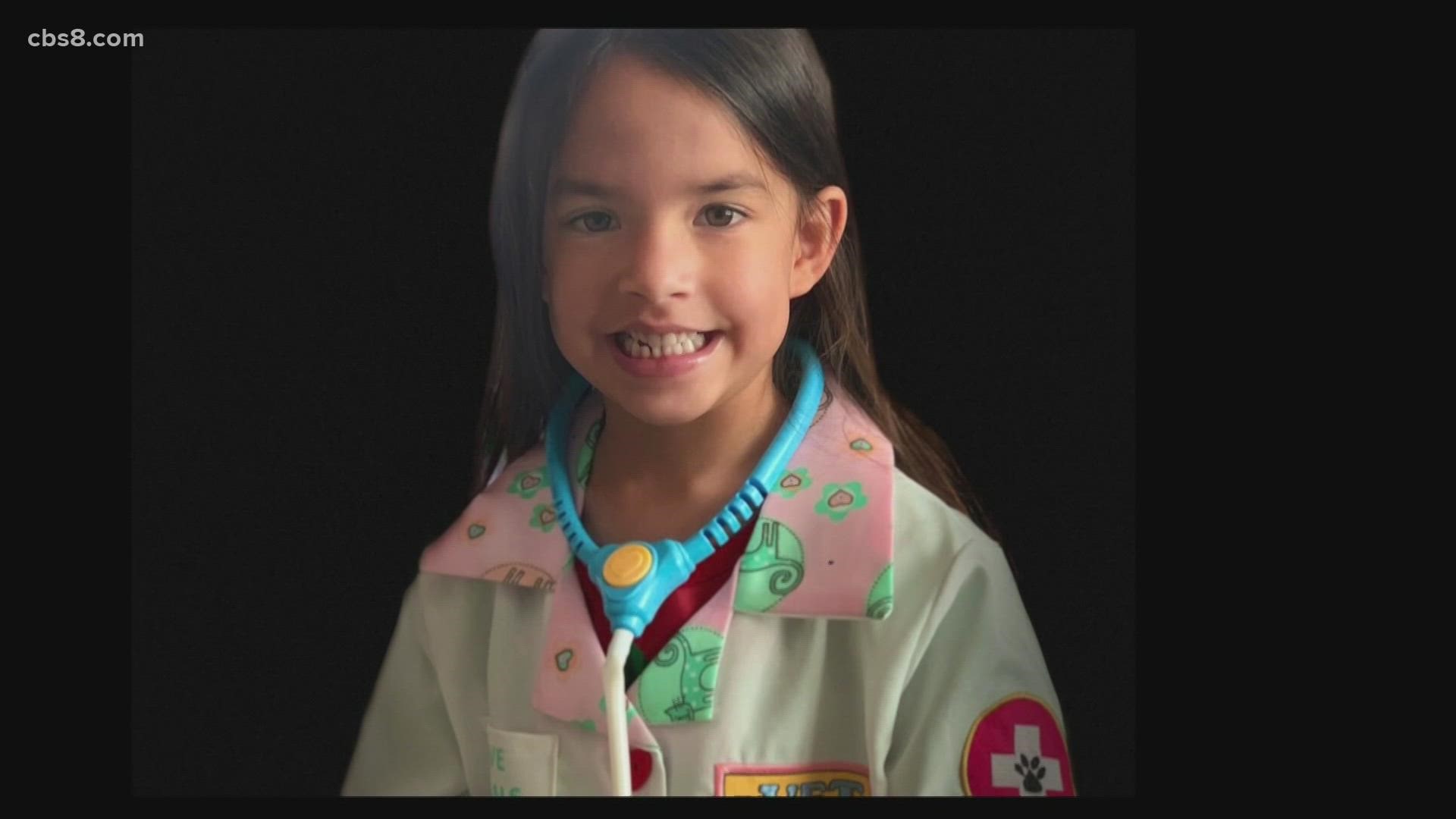 SAN DIEGO — After battling uncontrollable headaches and nausea over the summer, 6-year-old Layla was rushed to the ER at Rady Children's Hospital. Little did her parents know she would be diagnosed with a rare brain cancer. Her parents say she's not fighting the cancer, it's fighting her.

It’s only been two months since Layla was diagnosed with the rare and aggressive brain cancer called anaplastic supratentorial ependymoma and all she wants to talk about his her dog, Hey Man.

“My puppy is 6 years old,” said Layla. “Also, Hey Man sheds everywhere. Over there, up there, over there.”

Layla loves animals, travel and loves the water so her dad wanted to create a meaningful GoFundMe with a $100,000 goal.

“What the GoFundMe is Layla, it's other kids, of course it's the planet and the animals she loves,” said Layla’s dad.

It’s turned into a fun(d)raiser which will raise money for research at St. Jude Children’s Hospital and animal charities of Layla’s choice.

“She wants to give back to other kids. She said she didn't want this to happen to any other kids, so we are making a donation to research around this cancer to St. Jude because this cancer is so rare,” said Layla’s dad.

Since August 2, Layla has had two brain surgeries to remove the tumor and tissue was donated to Rady Children’s Hospital for a study.

Underneath her long brown hair, Layla shows the scar on the side of her head from the surgeries.

“They did it the first time and then they cut it the same way the second time,” said Layla.

She’s gone through radiation and chemotherapy will start in December to help stop the spread of cancer.

“Do you know that most kids can't sit still for radiation and I don't have to go under anesthesia for radiation?” said Layla.

She’s already spreading kindness. A couple of boys in Bozeman, Montana heard about Layla’s story and started a lemonade stand.

“The world needs more leaders and leadership and we are trying to lead in such a way,” said Layla’s dad.

Another way Layla is giving back, she is one of 60 kids in San Diego County who is part of the Moderna COVID-19 vaccine trial for children ages 6-11.

For privacy reasons, the family doesn’t want to disclose their full names.

She received her second dose on September 22. Her parents say that night she was achy, tired, her arm that got shot was sore and she was running a fever. They are convinced and ecstatic but not certain she received the vaccine and not the placebo.

“I think it's important for other parents to hear from parents who were part of the trial to say it went pretty smoothly for us,” said Layla’s dad.

Giving back may be Layla’s best medicine because of her love of exploration is what may keep her alive.

“Life has definitely changed but we are trying to be creative as possible to keep her enriched, keep her engaged,” said Layla’s dad.

If you would like to help Layla fight this cancer and reach her goal of helping others click on her GoFundMe. 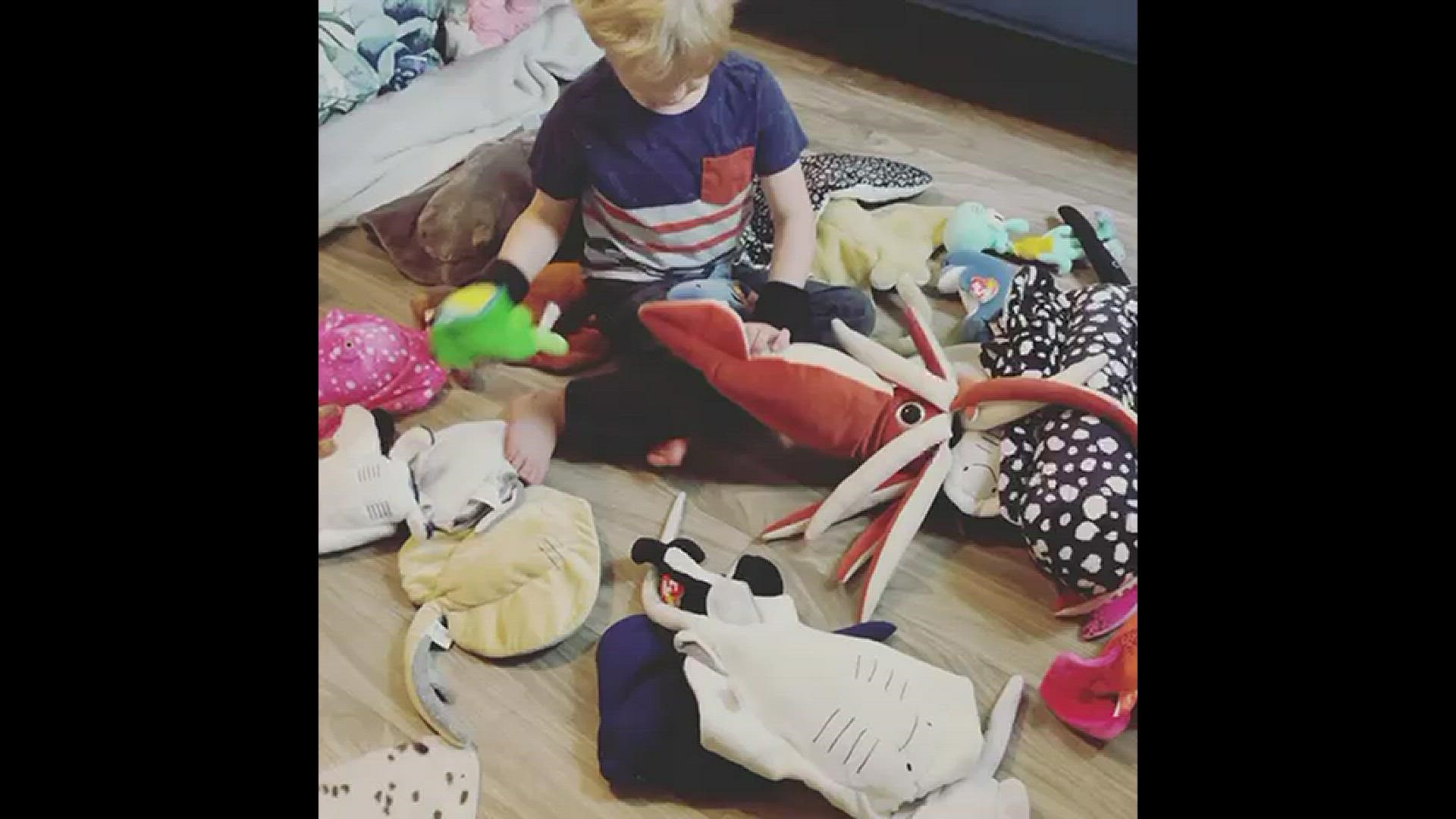