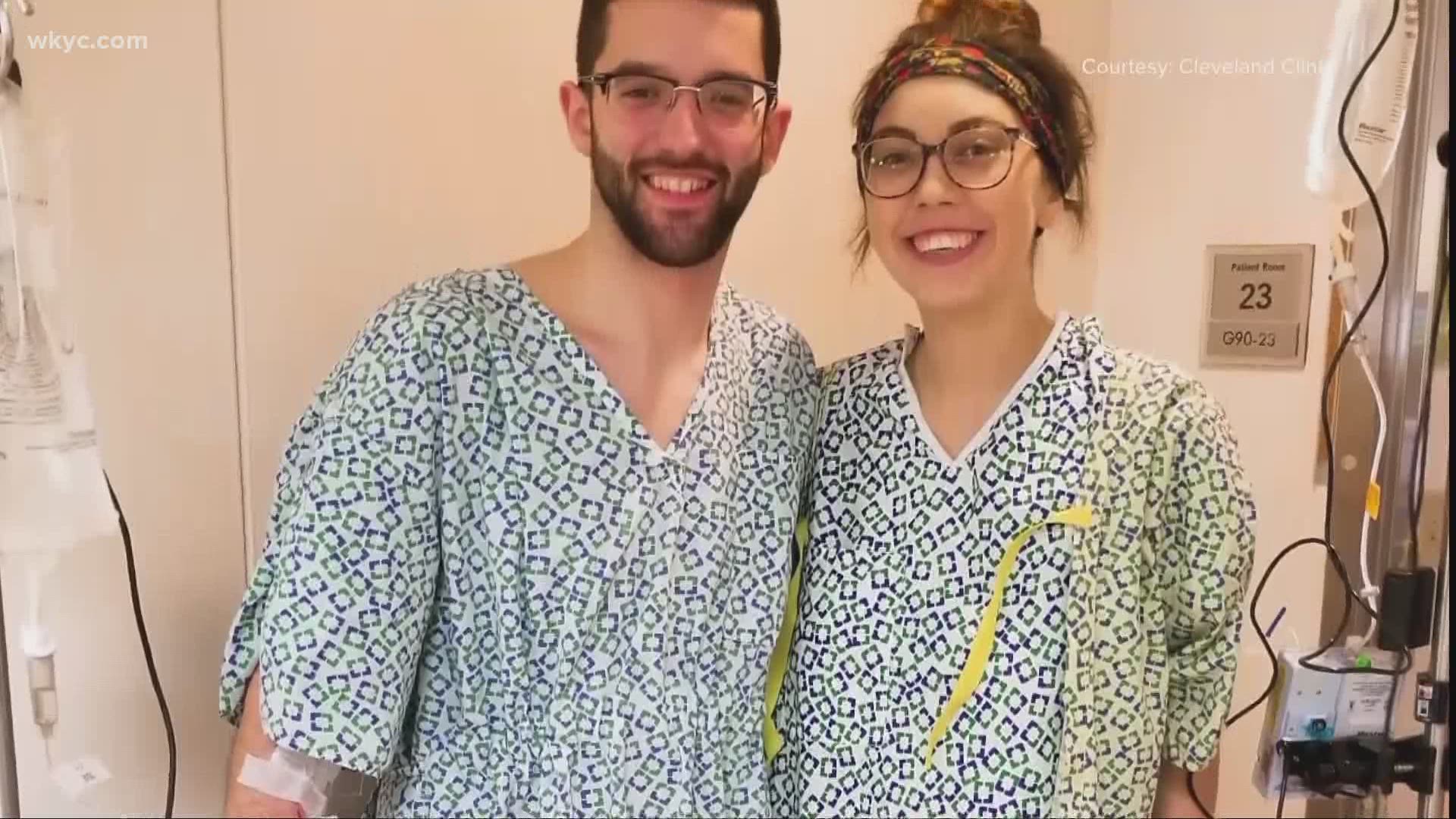 ASHTABULA, Ohio — February 14th is a day known for the celebration of love. Not only is it Valentine’s Day, but it’s also National Donor Day, which is dedicated to celebrating those that show how much people matter to them by donating organs.

It’s something a local man surprised his friend with last year.

“I honestly, probably, had like one conversation with Jacob in middle school,” says 22-year-old, Ashtabula resident, Allison Rees.

She and Jacob Bleil met each other in middle school. You wouldn't say they were fast friends, more like acquaintances.

“We weren’t real, real close,” says Jacob. “Obviously had classes together, we were in the same grade.”

However, as many friendships often develop, they got closer when they reconnected in college. It was a reconnection that would change both of their lives forever.

Allison says, “We met again at Kent Ashtabula, that’s when I saw Jake. He came out of one of his classrooms and I was already sitting there. I was by myself and I was like, wait a second, that guy looks familiar.”

“It was every Tuesday and Thursday,” adds Jacob. “For about an hour or an hour and a half and that’s when it all started.”

The talking led to Jacob learning about Allison’s condition, known as GPA or Wegener’s disease. It’s an inflammation of tissues that affects the kidneys, lungs and different parts of the body.

“In general, what Wegener’s is, is just an autoimmune,” says Dr. Alvin Wee, Director of Cleveland Clinic's kidney transplant program. “So technically, your immune system attacks your own organs.”

“I was just taking tons of medication, pills, every morning and every night. But just to look at me, you wouldn’t know that anything was wrong," says Allison.

Jacob and Allison had gotten so close since that chance meeting in college that they started exchanging Christmas gifts every year. It was small things, like gift cards, socks and funny t-shirts. Nothing that would have prepared Allison for the gift Jacob had in store for Christmas 2019. He went to get tested, found out he was a match and already scheduled the transplant for February 13th.

“I opened the card and obviously he had written, ‘we’re a match’ in big bold letters,” says Allison. “It was like, ‘P.S. I hope you’re free February 13th,’ and I just started crying.”

The operation was successful and although the pandemic ruined their Christmas exchange this year, they both know neither will be able to top that gift. Jacob’s gift that connected the reconnected middle school acquaintances, for life.

“We don’t really talk about it much, we just laugh and say we’re friends forever,” says Jacob.

“We just laugh at this point because there really is nothing that I could say that would ever repay him for what he’s done for me," Allison adds.

Watch the full surprise in the player below: 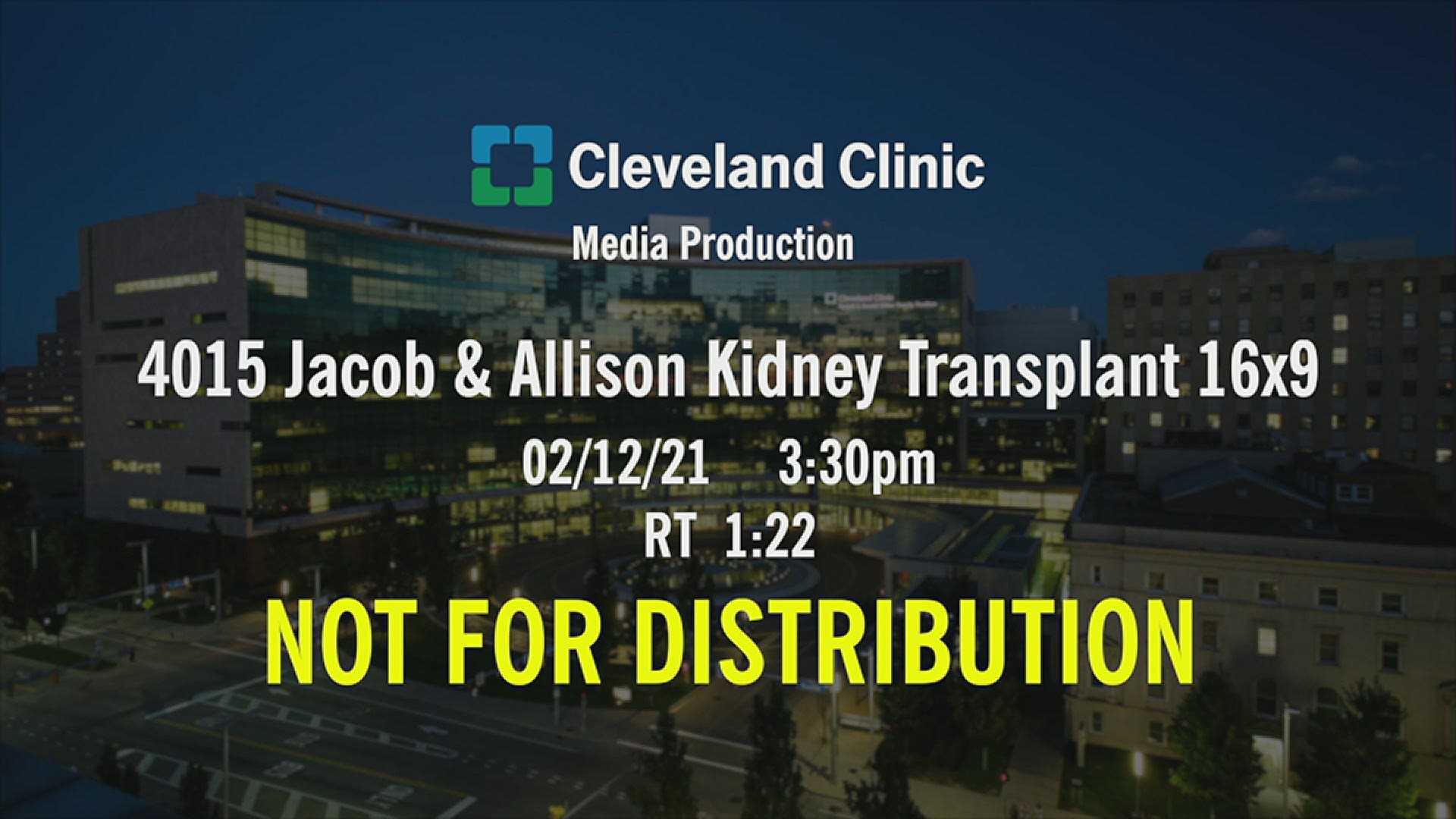