Famous comic book legends from the U.S. and Mexico teamed up to honor essential workers that keep us safe. 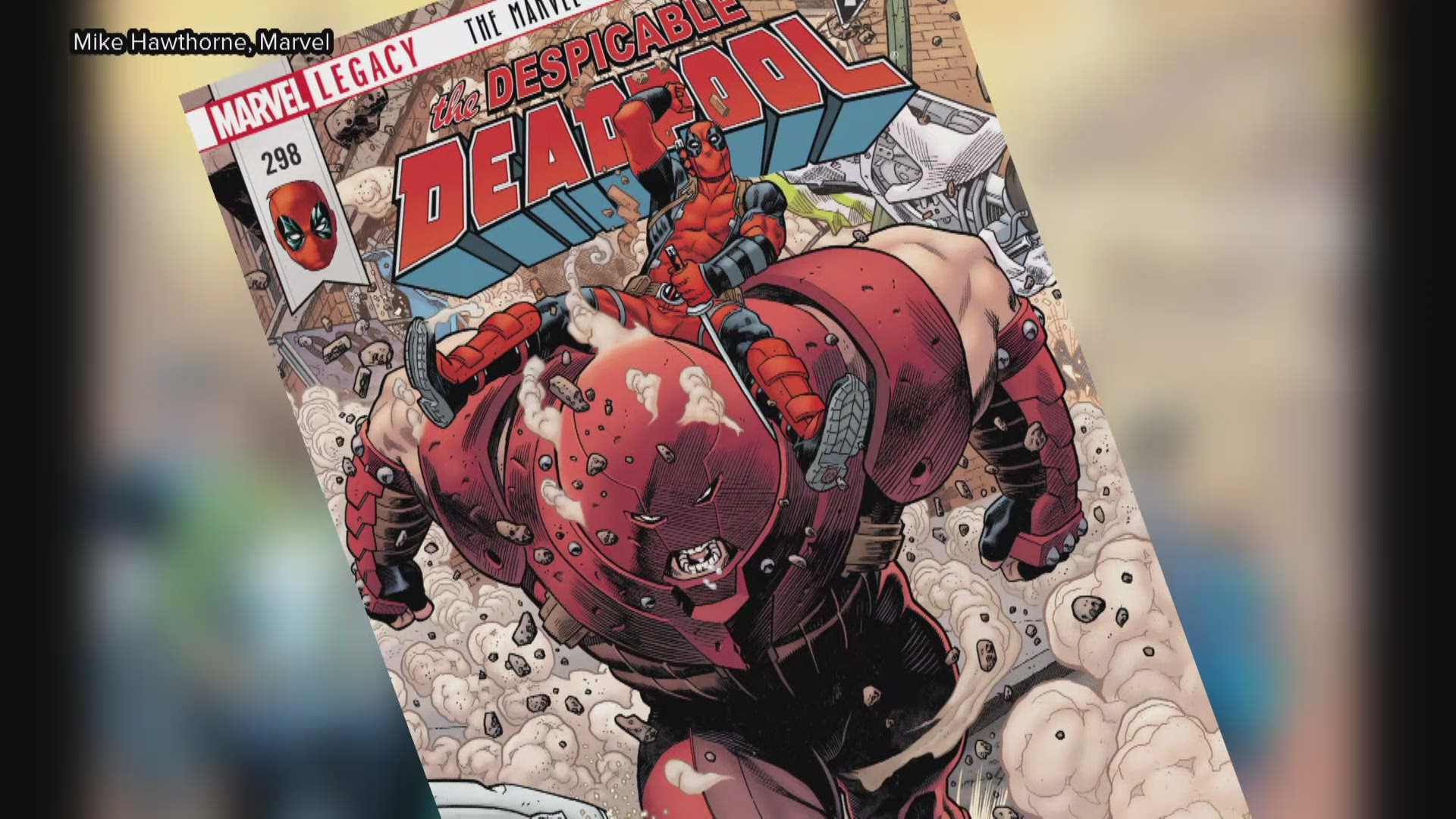 On a given day, you’ll find Mike Hawthorne tucked away in his home office in Central Pennsylvania, putting pencil to paper to craft eye-catching Marvel comic art. He’s famous for drawing larger-than-life superheroes, like Deadpool.

“For us as comic creators, you’re expecting there to be a hero to swoop in and save the day,” said Hawthorne.

While a lot of comic book creation is fantasy and fun, the panhttps://www.marvel.com/articles/comics/mike-hawthorne-is-the-most-prolific-deademic inspired Marvel to flip the script. The pandemic has taught us many lessons, one being that superheroes are real. Also, there’s a real, invisible villain claiming lives: COVID-19.

Marvel wanted to honor healthcare heroes and essential workers in some capacity.

“I was all in,” said Hawthorne.

While these cover-worthy superheroes wouldn’t have the expected capes or spidey senses, Hawthorne already had a distinct picture of a real-life hero in his mind: His sister.

“For me, it was kind of a bit of a personal tribute to my sister and just to everybody in general,” said Hawthorne. “That’s pretty easy to get behind.”

Hawthorne said his sister is one of the dedicated frontline workers in New York City.

“She’s been a social worker but she ran, like, mobile medical units and stuff like that. I would hear her stories and just be sort of in shock [of] how different our jobs were. She was literally going under bridges and finding homeless folks to try to get them check-ups and I’m sitting at home in an air-conditioned room drawing pictures,” said Hawthorne.

Normally when Hawthorne is working on a new project, he pitches different layout ideas and draws a few rough sketches. This time, it was one and done.

“I knew pretty much right out the gate what I wanted to do,” said Hawthorne.

Hawthorne drew a horizontal spread to display all the essential workers. After he drew it out in ink, it was the colorist’s turn to capture the moment. Edgar Delgado lives in Mexico and is a colorist for Marvel comics.

“Edgar did kind of an amazing job. I try to stay out of the colorist’s way because they usually do amazing work at Marvel, but for this one, he went above and beyond,” said Hawthorne.

"I hope this piece serves as a humble tribute to the incredible hard work that they do on a daily basis and sometimes with unfair payment. I hope we come out of this as a better society in general," said Delgado.

While Marvel typically has a major reach and fan base all over the world, Hawthorne said this piece really took off.

“It’s humbling to see the people that were directly touched,” said Hawthorne. “I had people sending me emails saying ‘hey, my sister’s a nurse and this literally brought a tear to my eye’ which I’m not used to making people cry with comic book art. That’s pretty inspirational.”

It was a chance for frontline workers to see themselves portrayed as superheroes in a very public way.

“This is kind of the crowd we don’t normally hear from directly, so it’s really a special treat for me,” said Hawthorne.

While coronavirus concerns are far from over, Hawthorne said the silver lining is that he will never take his ability to safely work from home for granted ever again, all thanks to superheroes like his sister.

“At the end of the day, we still had heroes to depend on. I’m grateful,” said Hawthorne.

This particular piece isn't available for purchase, according to Marvel Entertainment. Marvel comics like Hawthorne are posting free drawing tutorials in English and Spanish right now. You can watch them here.