Home for the holidays! Miracle twins born from 10-year-old embryos leave NICU in time for Christmas

Henley and Murphy Clemons spent their days on earth in the NICU at East Tennessee Children's Hospital. Here's how they made it home for Christmas. 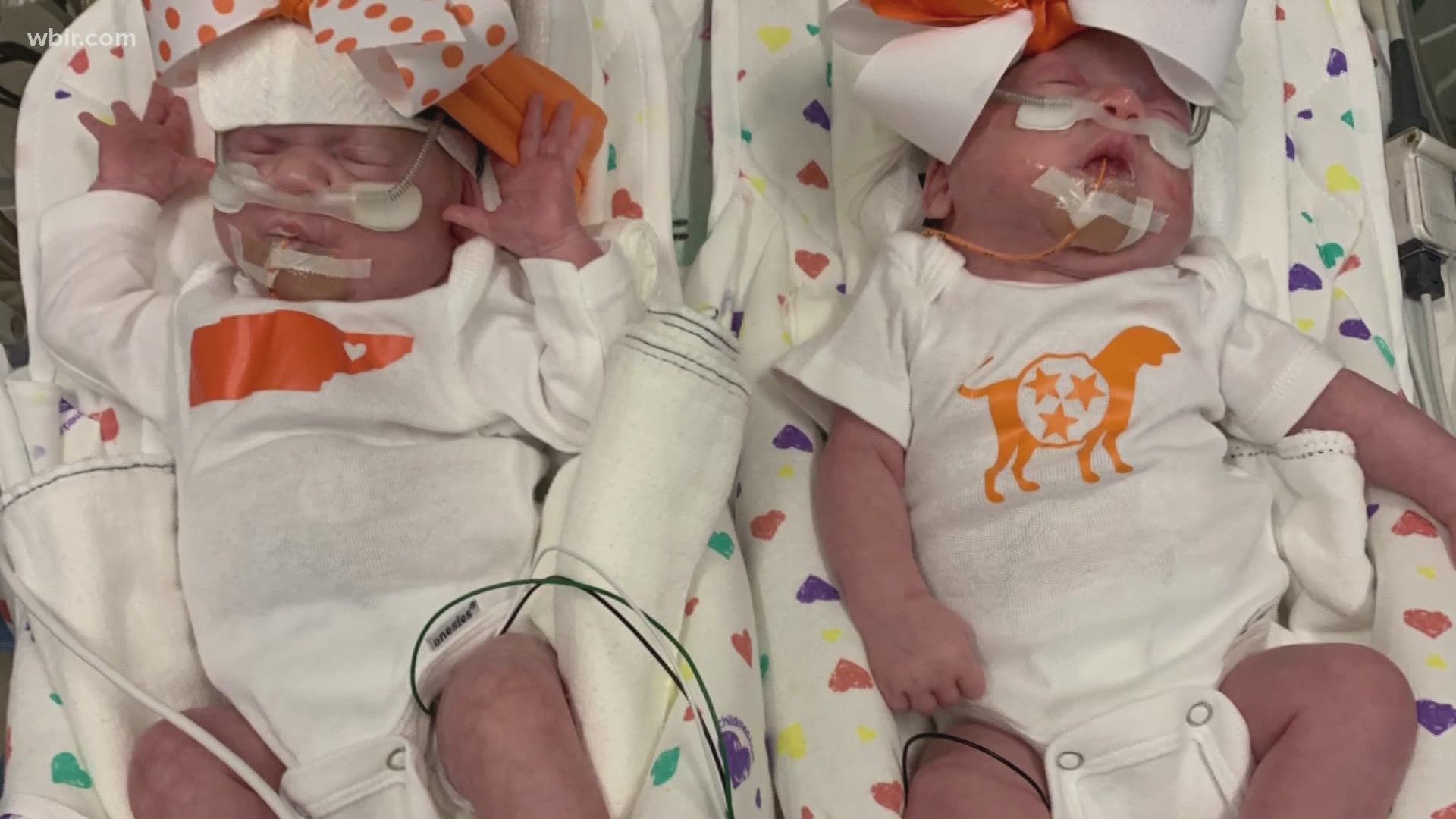 After spending a decade as frozen embryos, the duo was apparently ready to make their way into the world. They chose to make their entrance in dramatic fashion.

"My water broke at 27 weeks. And Henley's heart rate started to drop, so we did an emergency C-section," Chelsea Clemons, the twins' mother, told 10News. "I had not anticipated that start to motherhood."

Clemons had a long journey bringing her girls into the world. She tried to have a child for five years before Henley and Murphy were born, and lost both ovaries and her fallopian tubes to endometriosis.

Clemons and her husband, Josh, eventually tried for embryo adoption through the National Embryo Donation Center.

The couple was successful on their first transfer.

"They truly are miracles," Clemons said.

Miraculous though the twins' start at life was, it was not easy. Both little girls faced an excess of health problems in their early days, and were supported in the NICU at East Tennessee Children's Hospital.

1 / 12
Chelsea Clemons
Twins Henley and Murphy Clemons spent their first few weeks of life in the NICU, but made it home just in time for the holidays.

"It's been a roller coaster. They were both in the drafts, then they were on oxygen and ventilators. And we've had blood transfusions and all kids of crazy stuff," Clemons said.

More heartbreakingly for Chelsea and Josh though, was the eventual separation their girls would face.  As Murphy's condition improved, she was cleared to go home and graduated from the NICU after 82 days.

Henley had to stay behind.

Because of the coronavirus pandemic, only one parent could go to the NICU at a time. Murphy could not go back at all.

The first-time parents alternated days at home and days at the hospital.

"Having one baby at home and one [in the NICU] has been the hardest thing ever. I thought leaving them both here for the first time was the hardest. But actually leaving her here and taking Murphy home has actually been the worst day ever," Clemons said.

But little Henley was hardly alone. Clemons said the NICU staff at East Tennessee Children's Hospital rallied around her daughter, marginally easing the pain of heartbreaking days where she had to leave her behind.

"It's emotionally taxing," she said. "It's not just been them taking care of the babies. It's been the relationships we formed. Our nurses are fantastic. They truly helped me get through an impossible situation.

Credit: Chelsea Clemons
Twins Henley and Murphy spent their first months in the NICU at East Tennessee Children's Hospital, and were frozen embryos for ten years before that. They finally made it home for the holidays.

Through that support, Henley was also cleared to come home and graduated from the NICU last week. She spent 93 days there, and joined her family the week before Christmas.

It's a Christmas reunion over 10 years in the making.

"Santa Clause is coming for them. We're going to have a pretty big Christmas - just the four of us!"

If you want to help babies like Henley and Murphy, you can support the East Tennessee Children's Hospital by making a donation today!