According to the city, a permit application for the event was received too late. 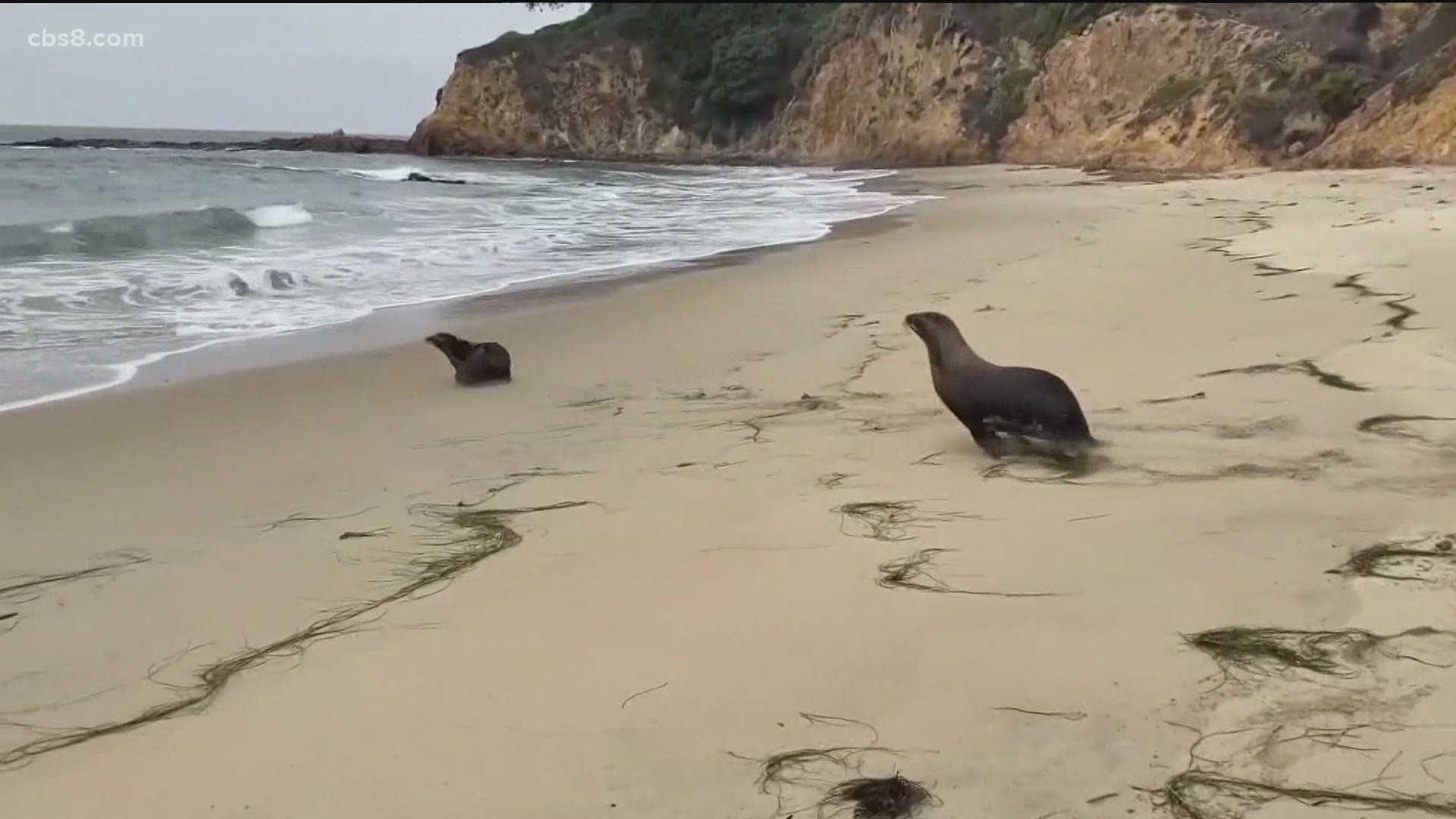 SAN DIEGO — San Diego officials said today that they will not allow a Fourth of July fireworks show planned to take place at La Jolla Cove to go forward due to a lack of required permitting from event organizers, news that delighted an animal rights organization that sued to stop the show.

In May, the Animal Protection and Rescue League sued event organizers due to the alleged detrimental effects that such a show would have on sea lions and their pups gathered at the cove.

The case remains pending, and an attorney representing the organization said it would continue to pursue litigation despite the show's cancellation, with hopes of preventing similar events in the future.

"Whether or not the judge in our unfair business practices case issues an injunction, those putting on the fireworks show still have to abide by all laws," said Bryan Pease, attorney for APRL. "If the judge signs the injunction, it will be another layer of protection and expose the show proponents to additional criminal penalties if they injure or disturb marine mammals, birds, or other animals."

According to the city, a permit application for the event was received too late, though a spokesman from Mayor Todd Gloria's office said the city could work with the organizers on a potential alternative holiday celebration.

"City staff has made every attempt to find a safe, legally sound path to hold the fireworks display despite the short timeline. The city did not receive a permit application for the event until June 10, leaving insufficient time to process the necessary authorizations, including a Coastal Development Permit, which requires a 60-day notice and a public hearing," the city's statement read.

"The city is willing to work with the applicants on alternative celebration ideas and today issued a Park Use Permit for EB Scripps Park. While we know this is frustrating, the city must follow all applicable laws and regulations to safeguard residents and environmentally sensitive lands."