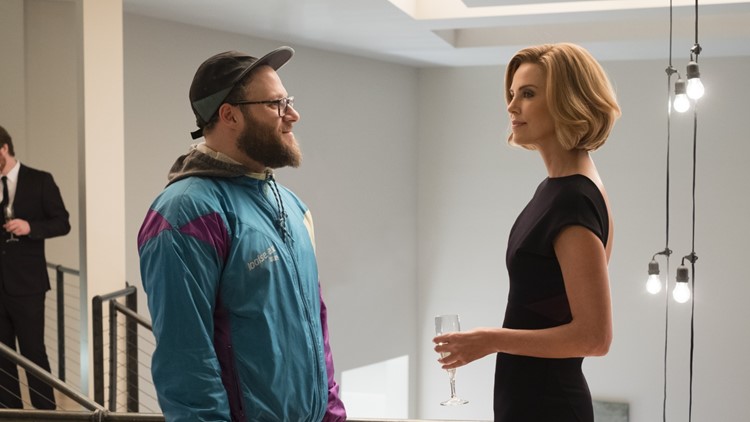 Looking for a laugh? Don't miss this week's lineup of comedies showing on the big screen in and around San Diego.

Here are the best comedy films to catch in theaters, based on review aggregator Rotten Tomatoes' Tomatometer Score, which reflects the opinions of hundreds of film and television critics.

With a Tomatometer Score of 97 percent and an Audience Score of 76 percent on Rotten Tomatoes, 'Booksmart' has proven to be a critical darling since its release on May 24. Salon.com's Erin Keane said, ''Booksmart' puts a fresh spin on the coming-of-age night-of comedy because it's focused on two girls, one of whom is also queer,' while Chandler Levack of the Globe and Mail noted, ''Booksmart' is a love letter for any young woman who has ever stayed home on a Friday night to watch a Ken Burns documentary."

With a Tomatometer Score of 81 percent and an Audience Score of 76 percent on Rotten Tomatoes, "Long Shot" has proven a solid option since its release on May 3.

"Clearly, Theron can turn her hand to any genre," according to Anthony Lane of the New Yorker, while Tribune News Service's Katie Walsh said, "It's 'Veep,' but less absurdly acid-tongued, and a lot more swoony. Still, the incisive cultural and political commentary cuts deep, and Theron and Rogen turn out to be a winning pair."

Catch it on the big screen at ArcLight La Jolla (4425 La Jolla Village Drive) through Thursday, June 13. Click here for showtimes and tickets.

Set to be released nationwide on Friday, June 14, 'Late Night' already has a Tomatometer Score of 78 percenton Rotten Tomatoes.

'Rather than scourging the complacency and hypocrisy of television, it subjects the medium to a vigorous exfoliating scrub in the name of feminism and inclusiveness,' noted A.O. Scott of the New York Times, while the Los Angeles Times's Kenneth Turan said, 'Doing all that can't have been easy, but making it seem like it was may be the most satisfying of 'Late Night's many agreeable accomplishments.'

This story was created automatically using local movie data, then reviewed by an editor. Click here for more about what we're doing. Got thoughts? Go here to share your feedback.