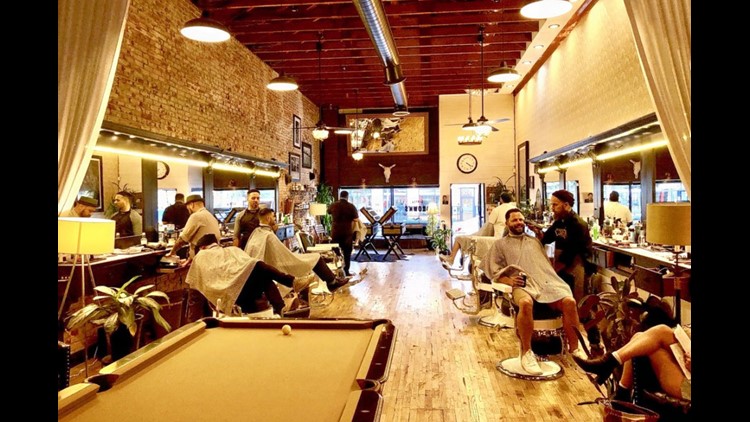 Still scrambling for unique ideas to celebrate before June 16 arrives? When it comes to honoring fathers — of all kinds — take your time and get it right. We can help.

Hoodline crunched the numbers to find the top options for dad-friendly outings around San Diego, using both Yelp data and our own secret sauce to produce a ranked list of the city's best. Dad jokes not included.

Got a whiskey lover in the family? These top picks are sure to please the palate.

Topping the list is Seven Grand. Located at 3054 University Ave. (between Ohio Street and Grim Avenue) in North Park, the lounge and whiskey bar is the highest-rated whiskey bar in San Diego, boasting four stars out of 656 reviews on Yelp.

Next up is Midtown's The Aero Club Bar, at 3365 India St. (between Sassafras and Upas streets). With 4.5 stars out of 643 reviews on Yelp, the dive bar, lounge and whiskey bar has proven to be a local favorite.

Marina's The Whiskey House, located at 420 Third Ave. (between Island Avenue and J Street), is another top choice, with Yelpers giving the whiskey bar, lounge and traditional American spot four stars out of 393 reviews.

Topping the list is The American Comedy Co. Located at 818 B Sixth Ave. in the Gaslamp, the comedy club is the most popular such venue in San Diego, boasting four stars out of 1,071 reviews on Yelp.

Next up is Old Town's Old Town Improv, at 2415 San Diego Ave., Suite 103 (between Linwood and Arista streets). With five stars out of 60 reviews on Yelp, the comedy club has proven to be a local favorite.

University Heights's Comedy Heights, 4590 Park Blvd. (between Madison and Monroe avenues), is another top choice, with Yelpers giving the comedy club and performing art spot five stars out of 96 reviews.

Taking time out for a shave and a haircut doesn't have to be a chore. In fact, bonding at the barbershop might just be the ticket to a memorable Father's Day.

Topping the list is Mister Brown's Barber Shop. Located at 3064 University Ave. (between Grim Avenue and Illinois Street) in North Park, the barber shop is the highest-rated barber shop in San Diego, boasting five stars out of 440 reviews on Yelp.

Next up is Rolando's Pappy's Barber Shop, at 6528 El Cajon Blvd. (between Aragon Drive and Rolando Court). With five stars out of 224 reviews on Yelp, the barber shop has proven to be a local favorite.

This story was created automatically using local business data, then reviewed by an editor. Click here for more about what we're doing. Got thoughts? Go here to share your feedback.