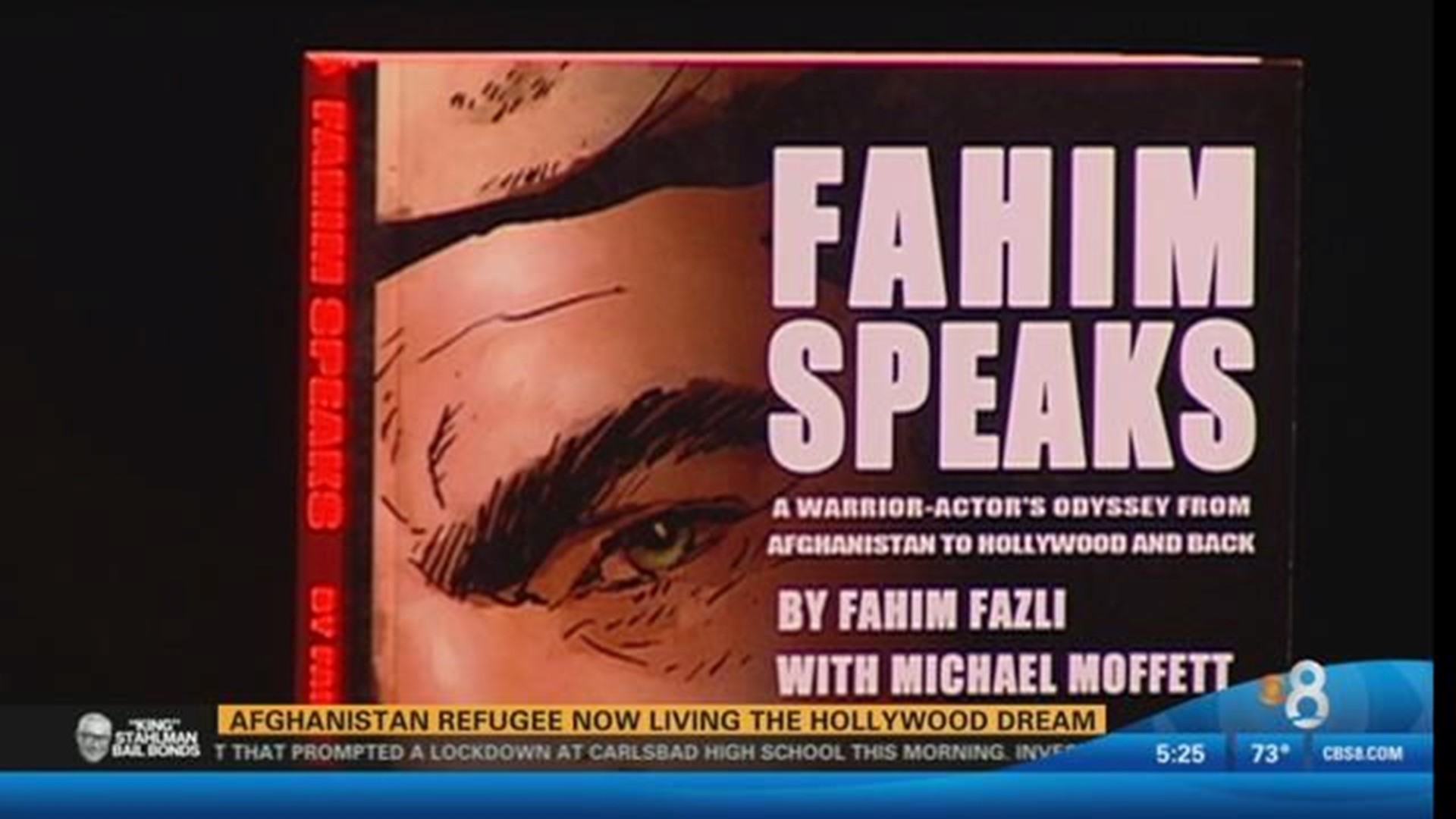 "I was very happy, very happy to be part of this movie," Fahim said.

As a boy, Fahim escaped from Afghanistan and was granted citizenship to the United States in the 1980s.

"I'm always saying, how to pay the dues for this passport?" he said.

Fahim has been in 56 movies, and usually plays a wild-eyed terrorist that always gets killed – until "American Sniper."

Ever since 9/11, Fahim has made a living playing bad guys -- a typecast he doesn't mind.

"And I'm just doing my acting, how evil they are and hijacked the religion. I want to introduce them," he said.

At the beginning of his career he was told he looked like Andy Garcia, and at the time Fahim didn't know who that was.

"It was a compliment. He's a good looking guy," he said.

Despite his Hollywood success, in 2009 Fahim volunteered to return to Afghanistan as an interpreter for the Marines. Fahim was so good at the job, the Taliban put a price on his head.

Fahim put his life on the line because he felt he owed it to country that gave him a home.

"My god, look at me. I'm an actor, I'm an author, I've been in 56 movies. In this country you can follow your dreams. You can be anyone you want to be. Look at where I am now," he said.