A San Diego couple who survived the holocaust is preparing to return to Auschwitz 70 years after being liberated. Max and Rose Schindler were orphans when the Nazi death camp was liberated in 1945. 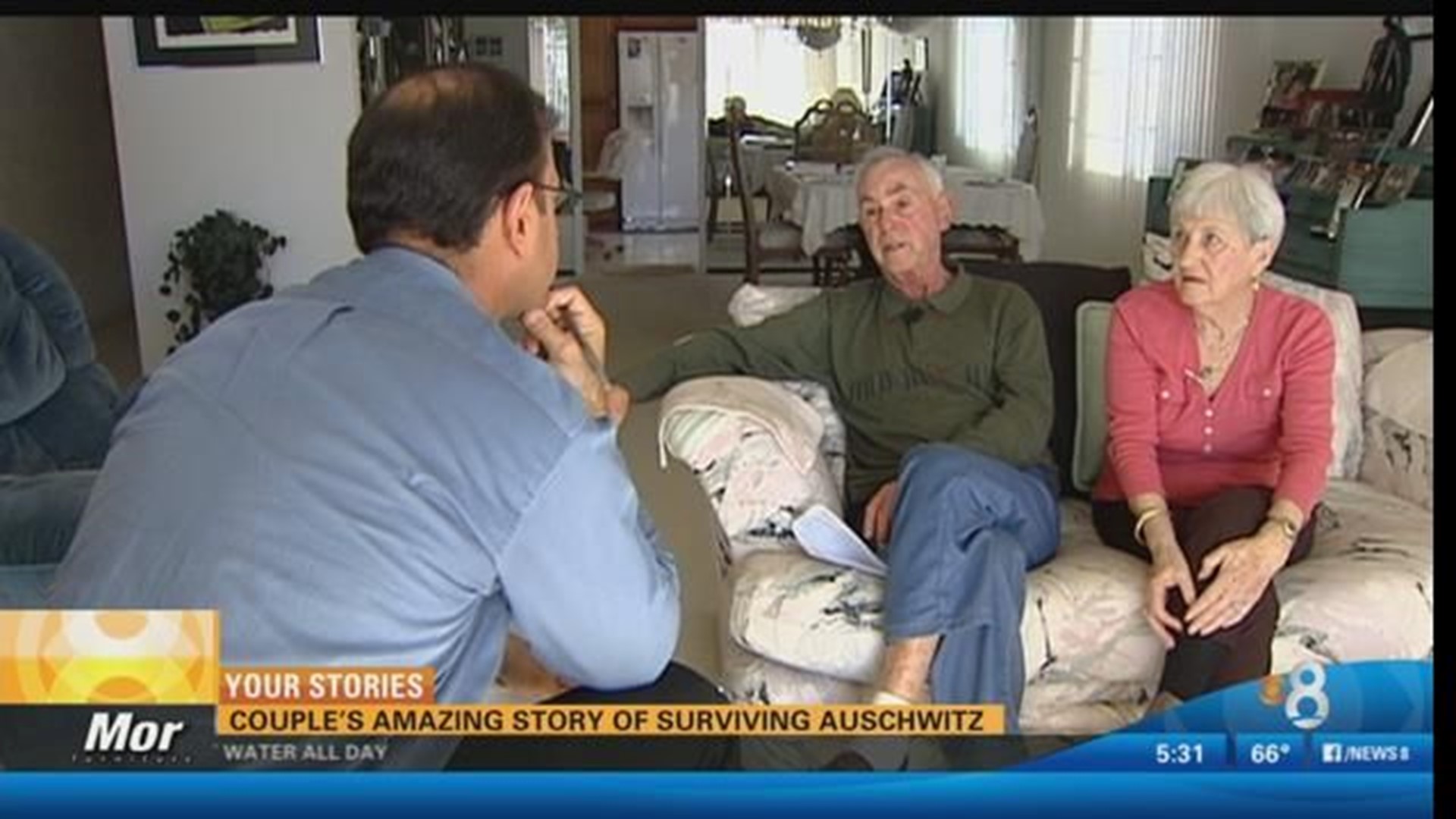 SAN DIEGO (CBS 8) - A San Diego couple who survived the holocaust is preparing to return to Auschwitz 70 years after being liberated. Max and Rose Schindler were orphans when the Nazi death camp was liberated in 1945.

There was a time when Rose Schindler didn't want to talk about the place she calls worse than hell.

"My mother and three sisters and brother went straight into the gas chambers," Rose said.

But now she gladly talks about her days in Auschwitz.

"And the conditions were so atrocious. I mean there was so much filth, no hygiene whatsoever," she said.

Rose says multiple times she snuck out of lines headed to the gas chamber and tricked a guard to help buy her some extra days -- enough time to stay alive for the day her camp was liberated. Eventually she ended up at a hostel in England, where she met another concentration camp survivor who she would end up marrying.

"There was no crematorium in Plaszów. Anybody that died was tortured or killed in some manner, would be burnt on a stake," Max Schindler said.

Max Schindler spent three years in six different concentration camps and was near death when the Americans showed up to ensure his freedom on May 9, 1945.

Now 70 years later, Rose and Max are going back to Auschwitz as part of a group of 100 survivors from 19 countries.

Max and Rose have so many reminders of those horrific times, it's rare when a day goes by and they don't feel the Holocaust's pain.

"I walk my hall and have a picture of my mother and father. I walk by and want to cry," Rose said.

Which is why they openly share their stories now, especially with their kids. In fact, three of their four children will be joining them to mark the 70th anniversary of Auschwitz' liberation to help make sure the world never forgets what happened here.

"We have to keep telling the world what we went through while we're still alive, because once we're gone, it's gone. But hopefully our children will take over and do the job for us," Rose said.

The Schindlers are not related to Oskar Schindler, who was featured in the Steven Spielberg movie "Schindler's List," but Spielberg is one of the guest speakers they'll be seeing in Auschwitz next week.