We first heard them causing quite a racket during one of our live shots. A flock of parrots have been calling El Cajon home for years. 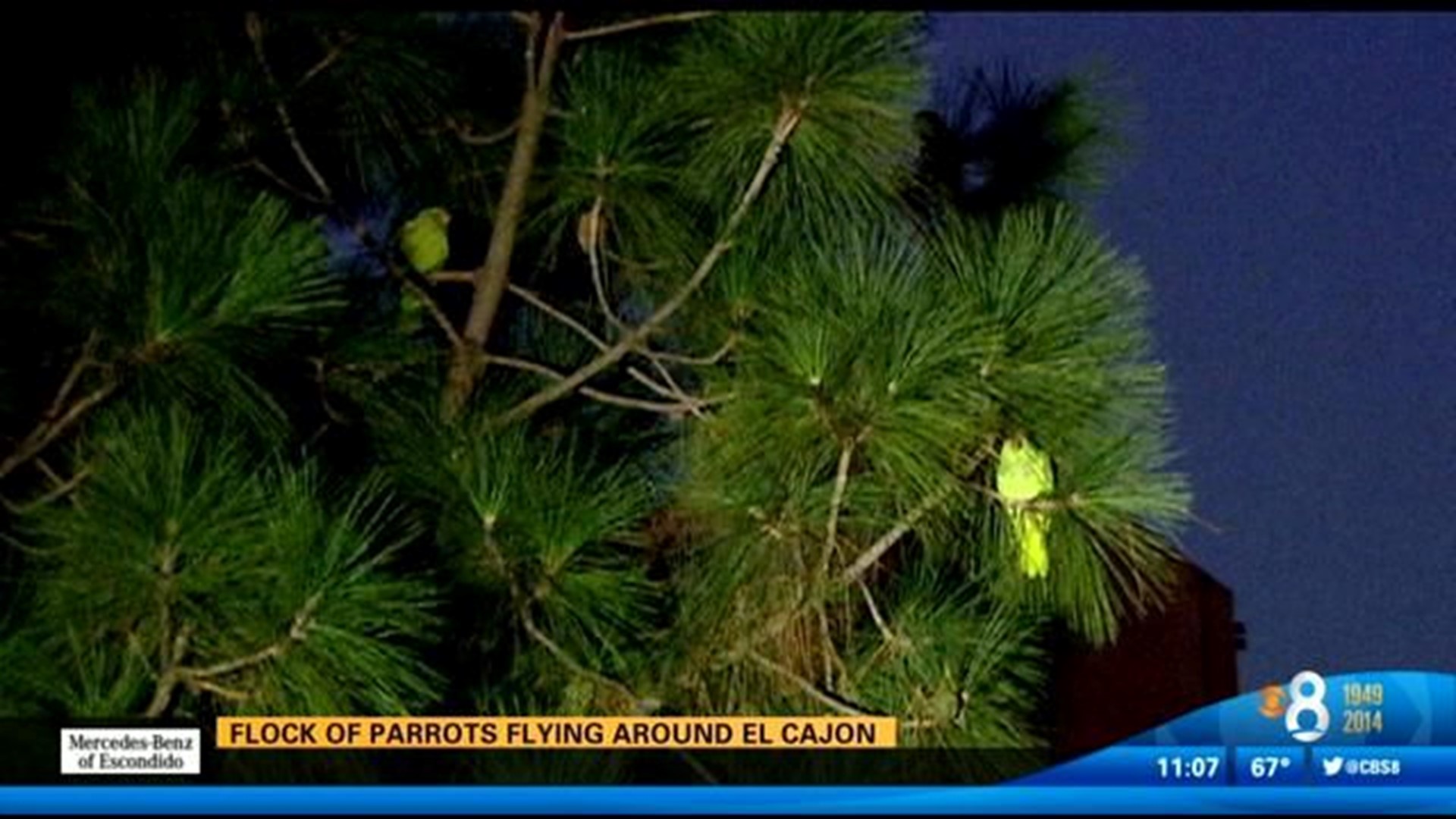 EL CAJON (CBS 8) – We first heard them causing quite a racket during one of our live shots. A flock of parrots have been calling El Cajon home for years.

They say birds of a feather flock together, and that was certainly the case at the El Cajon Courthouse Monday night, when hundreds of Amazon parrots bedded down for the night in pine trees with a squawking that was deafening.

"So they are communicating just like a group of humans would, and it's like a big party every night," SoCal Parrot Rescue founder Brooke Durham said.

Durham suspects the beautiful birds originated from south of the border, survivors of the black market pet trade that was strong in the 1980s and 1990s.

Durham says the parrots are from an endangered species that knows how to fend for themselves. She says the birds have the intelligence of 3-year-old children. In fact, each parrot has its own name.

"We can't hear the difference in the names. We just hear a bunch of squawks, but if we were to record it with a high-definition microphone and break it down, we would actually see fluctuations and birds having names and being called by certain group names, just like any social animal," she explained.

Durham says the parrots are seeking safety in numbers, and says there's a reason they're roosting in pine trees that closely match their color: they're camouflaging themselves from nighttime predators. As soon as the sun sets, almost magically, all the squawking suddenly goes silent.

"They disappear in to the trees. They have perfect camouflage and they just blend right into the tree, and you notice the sun's down now, the night owls and predators are coming out. So they've quieted down and they literally don't make a peep until tomorrow morning's sunrise," Durham said.