How angry are San Diegans? The sky's the limit

It seems that people all over the country are fed up with the government shutdown. But one San Diego man is taking his anger and dismay to new heights, literally. 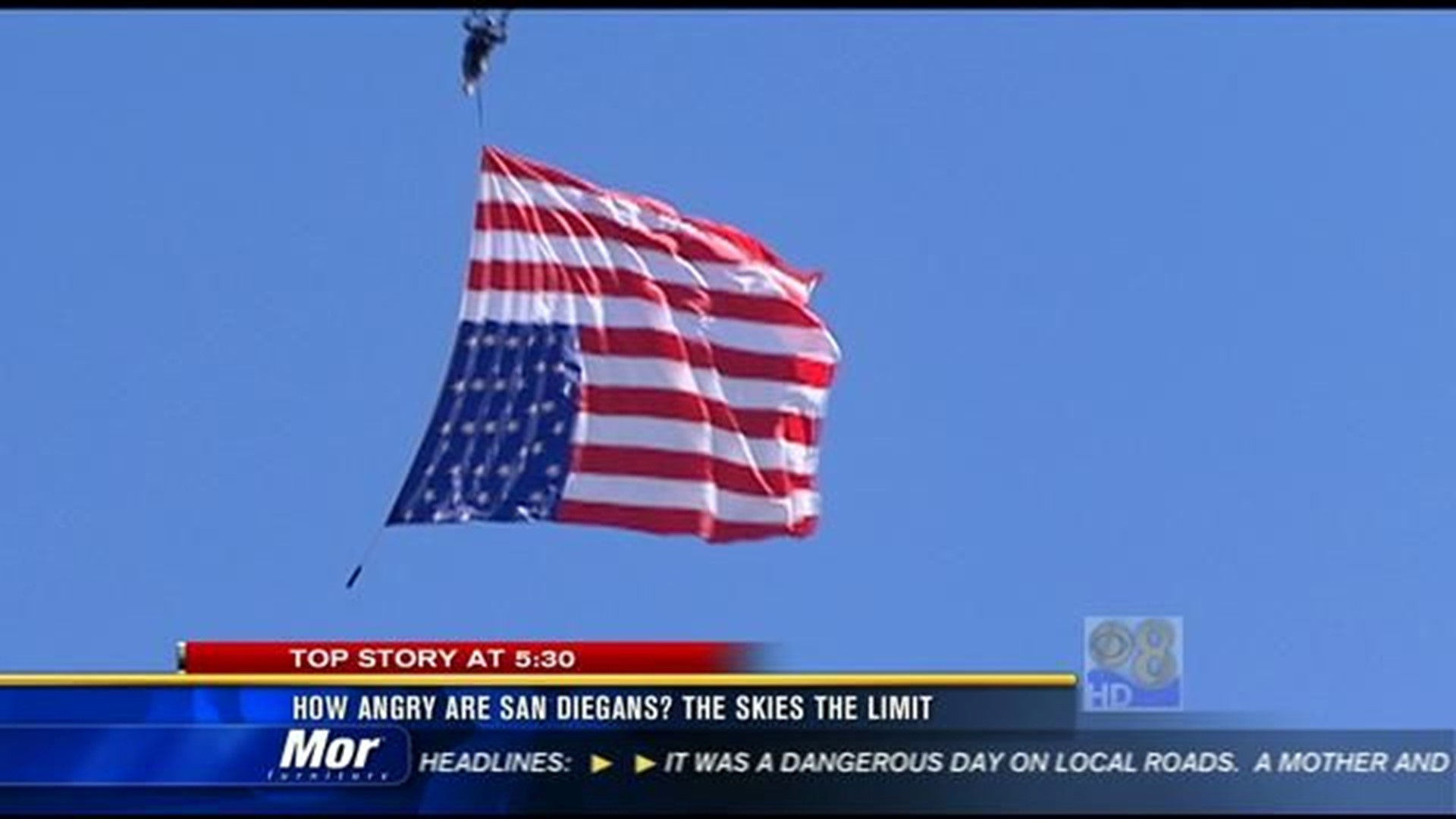 SAN DIEGO (CBS 8) - It seems that people all over the country are fed up with the government shutdown. But one San Diego man is taking his anger and dismay to new heights, literally.

Ron Lee has skydived an estimated 5,000 times, but never with an upside down American flag. He did that on Monday, calling the move symbolic.

"I hope it has some effect. I hope people understand its purpose and intent and I hope it moves them to do something," he said.

While the image of an upside-down American flag may be considered disrespectful by some, Ron Lee says that couldn't be further from what it represents.

"It's not disrespectful in any way. If anyone bothers to read the US flag code, they'll understand that when you fly the US flag upside down, you are making a statement of distress," Ron said.

Fed up with the government shutdown, Ron decided to voice his opinion by doing what he knows best. He runs an aerial entertainment company, and has been flying the American flag for years. He was scheduled to open the Miramar Air Show, until the annual event became a casualty of the shutdown.

"They're all furloughed. We can't operate without the work that they do," he said.

Despite the personal impact, Ron says he's more upset about what the shutdown is doing to all Americans.

"I think it's obscene the small number of people we have put in positions of responsibility can put hundreds of thousands out of work and affect their livelihoods," Ron said.

So from 7,000 feet, Ron hopes his sky-high stunt will get people talking, but more so negotiating in the days to come.

"I flew the flag upside down to make a statement about where this country is, where it's going and how we need to immediately come to the middle," he said.

Ron made Monday's jump from Skydive San Diego in Jamul.