Kayaker has one heck of a fish story

A La Jolla man and his father have quite a story to tell. Shortly after beginning a daylong kayak adventure early Thursday, they had a very close encounter with something rarely seen in shallow coa 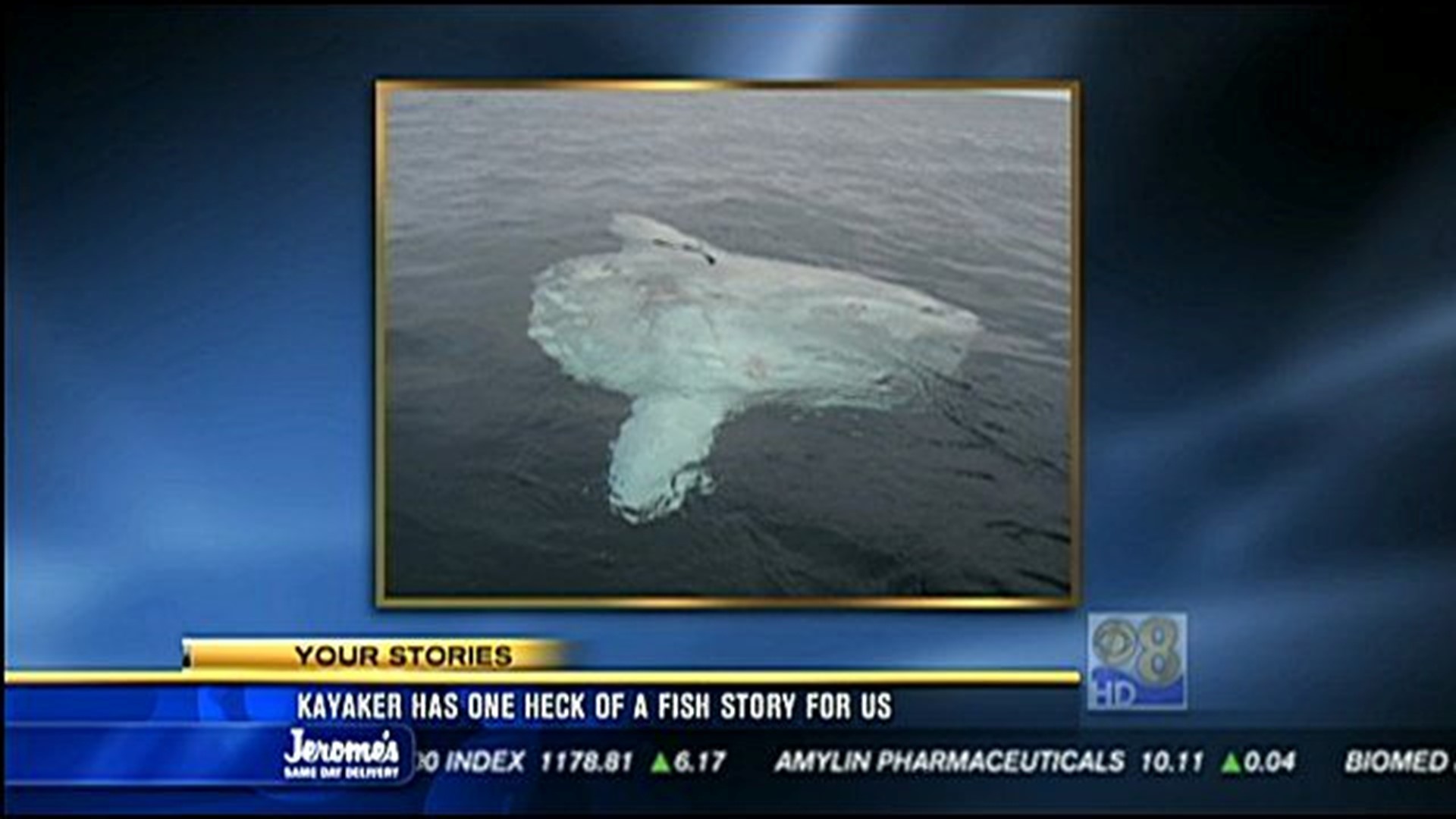 SAN DIEGO (CBS 8) - A La Jolla man and his father have quite a story to tell. Shortly after beginning a daylong kayak adventure early Thursday, they had a very close encounter with something rarely seen in shallow coastal waters.

It was around 6 a.m. Thursday when kayak fisherman Paul Chen and his father Charles launched from La Jolla Shores and within minutes, one of their reels started spinning. A rare ocean sunfish, better known as a mola mola, was taking them for a ride.

"It was so big that I really wasn't pulling it in, instead he was pulling the kayak. In other words, he got us," Paul said.

Paul says he snagged the slippery sunfish to snap some shots before it slid back into the sea.

"They're a magnificent creature. I don't want to deprive the ocean of that," Paul said.

Mola molas are the heaviest of all bone fish. They can reach 14 feet vertically and 10 feet horizontally, and can weigh nearly 5,000 pounds.

Molas frequently float near the surface and are often mistaken for sharks when their huge dorsal fin emerges.

"I didn't think it was a shark, mostly because of the coloration. It was white, very light in color, not like a shark," Paul said.

The creatures have been spotted many times off La Jolla. Divers have even danced with them near the Yukon sunken ship. And when he had the chance to touch the gentle giant, Paul Chen says it's an experience he'll never forget.

"It was kind of like shark skin. It was a little bit coarse where I touched it. Where I snagged the fish near the tail, there was some growth on it, it felt a little bit rough. It was an amazing experience," Paul said.

The mola mola is also considered a delicacy in Taiwan and Japan. Paul says he would never, ever consider tasting it, calling it just "too cool" to eat.