Local man's chalk protest could land him in jail

A North Park man is looking at more than a decade behind bars for using washable chalk to protest the banking industry. 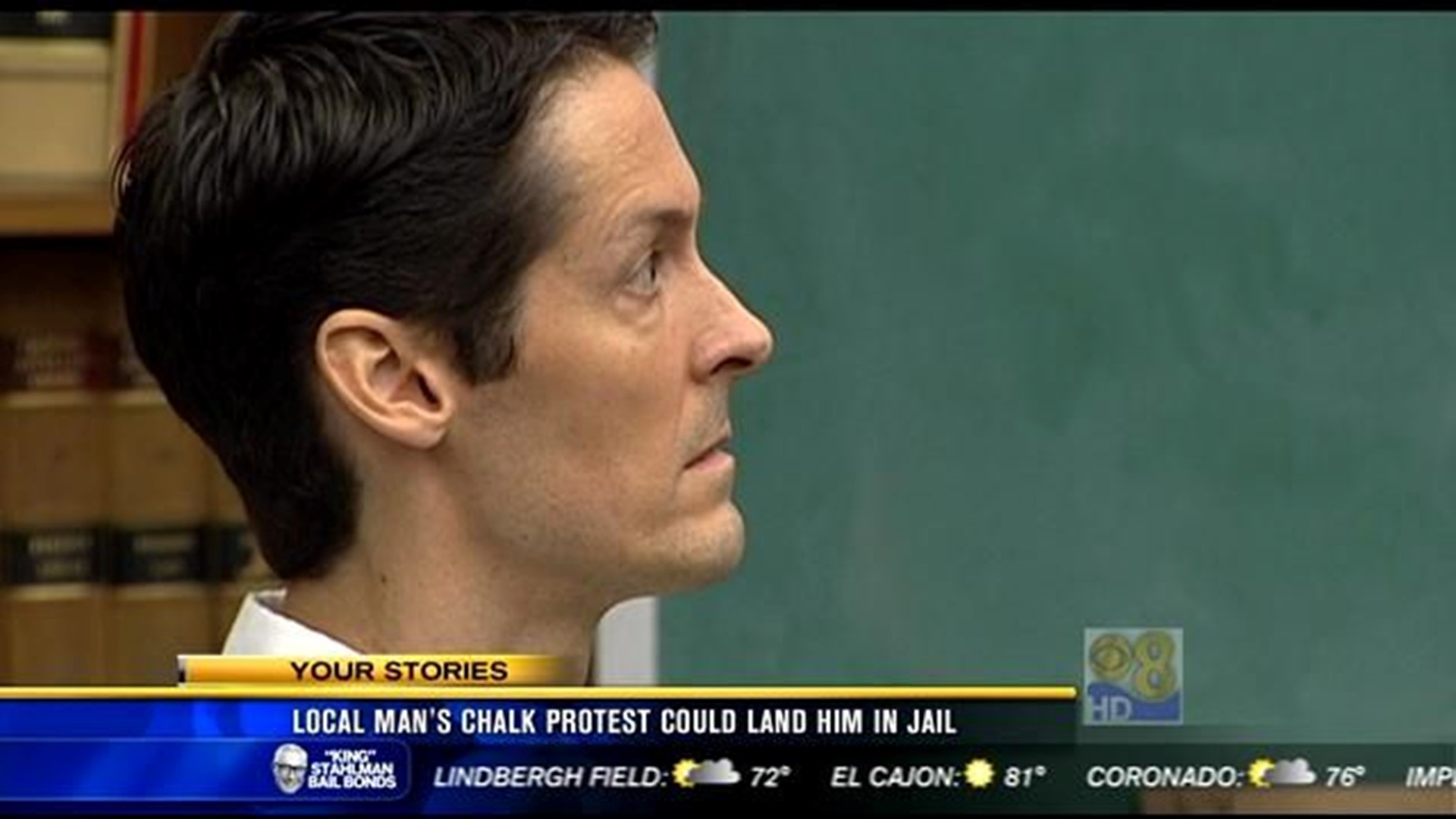 SAN DIEGO (CBS 8) - A North Park man is looking at more than a decade behind bars for using washable chalk to protest the banking industry.

Jeff Olson is being charged with 13 counts of vandalism for writing anti-bank slogans on sidewalks outside three Bank of America branches.

A surveillance camera caught Olson in the act, writing on the sidewalk in front of a Bank of America in North Park. But here's the thing -- Olson admits it.

"I wrote 'No thanks big banks,' I wrote 'Shame on Bank of America,'" he said.

For Olson it was about free speech, letting customers know that he blamed big banks for much of our economy's problems. Not for a minute did he consider it vandalism.

But the city attorney's office -- after receiving multiple emails from a high ranking bank security manager -- decided to charge Olson with 13 counts of misdemeanor vandalism.

Greene remembers seeing Olson's writing outside her B of A branch. She doesn't consider it vandalism.

"No, vandalism is not the work that came to mind. Seemed like freedom of speech. A little extreme, but it was just chalk," Greene said.

Other customers wondered if Olson can be charged, is their child next?

"My daughter plays with chalk every day and writes on the sidewalk. We just wash it off," a North Park resident said.

Olson's attorney argued in motions Tuesday morning that this is free speech written in easily cleanable chalk, but Judge Howard Shore disagreed, saying this case has nothing to do with free speech.

"In light of the fact that it's clear in the case law, vandalism is not a legitimate exercise of free speech rights. It really is irrelevant what the message is, or content is," Judge Shore said.

That's not to say Olson is guilty, but the jury cannot consider his right to free speech when deciding his fate.

Mayor Bob Filner, who has had a well-documented ongoing feud with City Attorney Jan Goldsmith, has taken a public stand against prosecuting Olson. He sent a memo to Council President Todd Gloria asking him to place the issue on the docket for the council's next closed session meeting.