Pendleton wife up for Military Spouse of the Year

Camp Pendleton's Military Wife of the Year is now competing on a national stage. 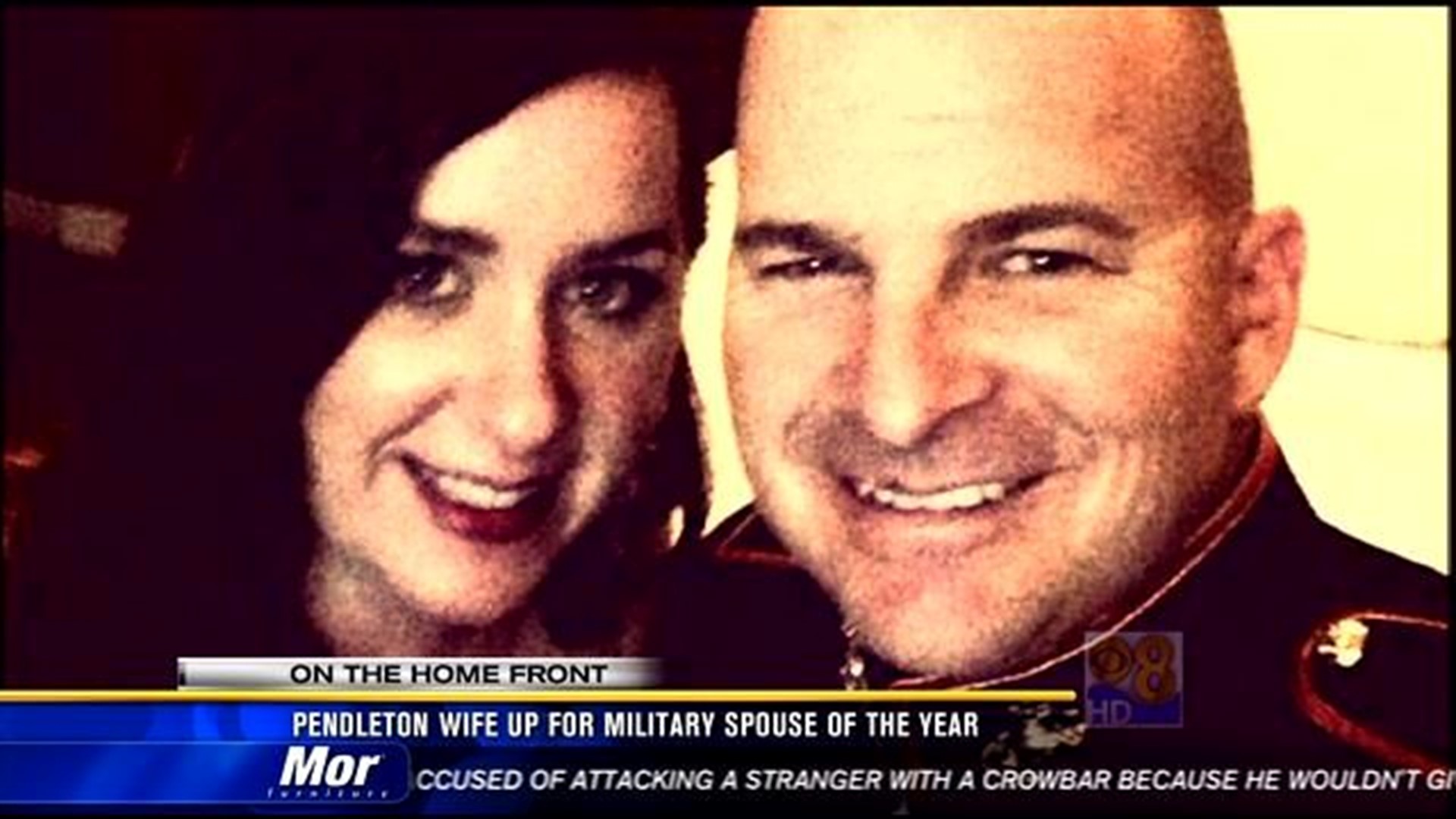 Kristine Schellhaas, 36, is one of 18 finalists for the Armed Forces Insurance Military Spouse of the Year Award.

Spend two seconds with Kristine Schellhaas, and her "Semper Fi-esty" spirit will have you laughing as she describes life as a military wife.

Three years into her relationship with her husband, Ross Schellhaas dropped a bomb on Kristine when he announced he wanted to become a Marine.

"What do you do? Like you fall in love and then you just decide is the juice worth the squeeze? For me it is," Kristine said.

During 10 years of marriage that produced three children, Ross has been deployed four times, including the initial invasion of Iraq in 2003. Kristine says she watched Ross's platoon fight the battle live on television.

"It was crazy, it was nerve racking… I didn't sleep for several days. I didn't talk to my husband for 60 days and then he finally called home and said he was okay," she said.

Major Schellhaas survived the war, but tragedy struck the family in 2007, when the couple's one-year-old son Griffin drowned in a Ramona swimming pool.

"I was out doing my thing, shopping for the birthday party and I got a call that my son fell in the pool, and he didn't make it. And it is the worst day of our lives. It is the worst thing a parent can deal with," she said.

Desperate to not give into depression, Kristine launched the website USMC Life, which directs military families to needed resources.

Kristine is vying for the award against 17 other women, including the favorite, Karen Guenther, one of the founders of the Semper Fi Fund.

"She should win. I think she totally deserves it. She is a great person and I would love to meet her in person one day," Kristine said.

Although Kristine doesn't think she'll win the competition, don't count out this courageous mother who set her sadness aside to serve her community and raise a family.

"I can't be selfish and grieve. I have to live for my kids and my husband," she said.