A grassroots neighborhood group in South Park is worried about a big name store that may be moving in. 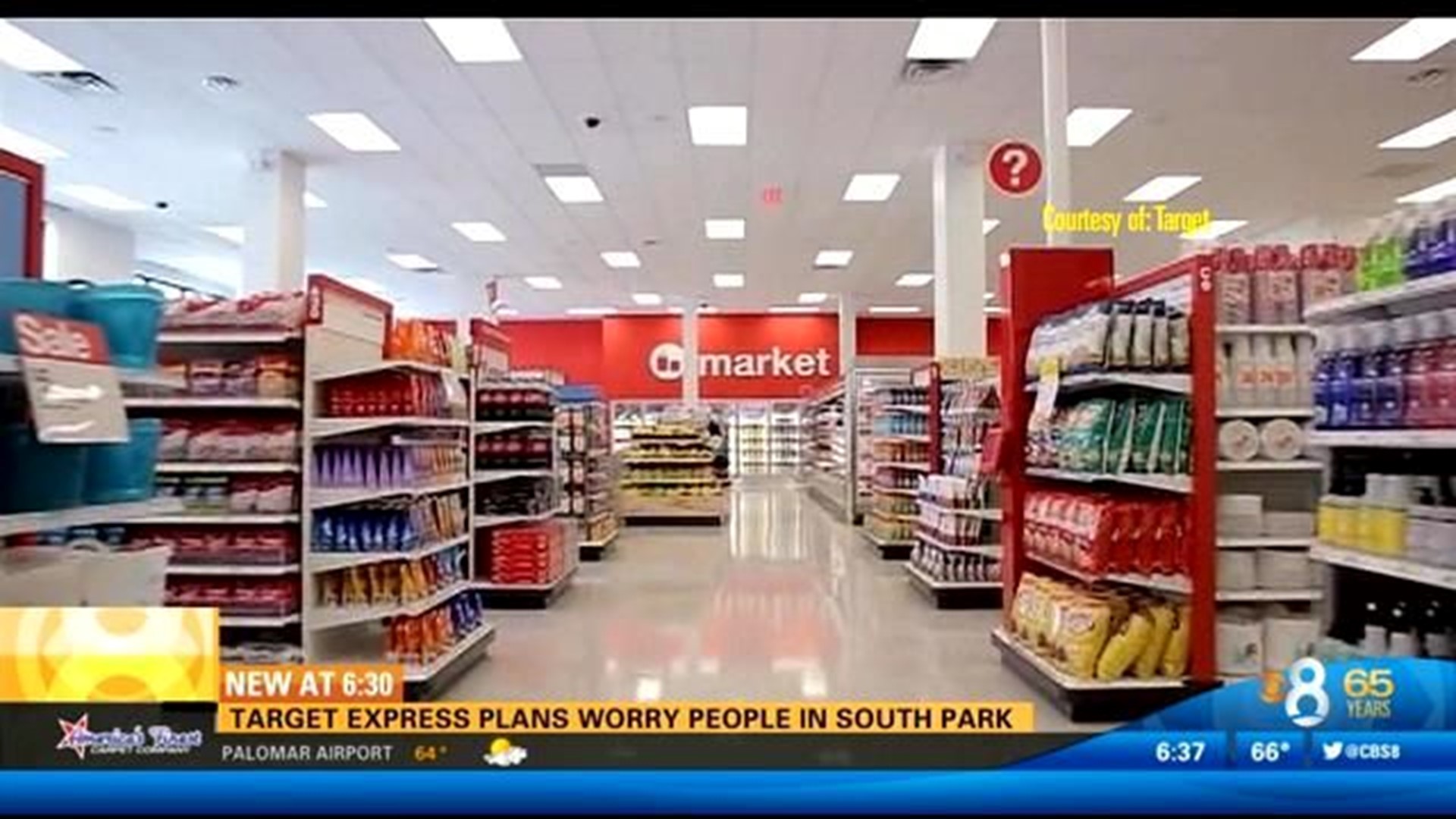 SAN DIEGO (CBS 8) - A grassroots neighborhood group in South Park is worried about a big name store that may be moving in.

From the mom and pop shops to the local pubs, South Park just has that neighborhood feel.

So when he heard a big box chain was moving into the old Gala Market, "My first reaction was, this has gotta be made up."

It's not. Next summer, the old store that sits at Fern and Grape streets will be a Target Express. John worries how it will change the place he's called home for over 20 years.

"That landlord might say 'I can get some more money for my little space, how about I invite in a Subway?' And then one by one it changes the character of the neighborhood," he said.

His group Care About South Park has a whole website dedicated to this issue. They say they're not against Target, but feel like they've been left out of the planning process. They have questions about issues, like traffic and store hours.

"I would like to have it be discussed with the community members. I would like it to be transparent, and have someone be accountable for it," he said.

Target says the express store will be a small place where people can pick up anything from paper towels to organic produce. They also say they're trying to respect other businesses. For example, they won't have a Starbucks, because of the small coffee shop already across the lot. But Moore, and other community members, will take some convincing.