Your Stories Investigation: Homeless take over elevators near Petco Park

Recently, News 8 received a Your Stories submission from one of our viewers sharing that the elevators on the East Village side of the Harbor Drive Pedestrian Bridge had been vandalized. The elevat... 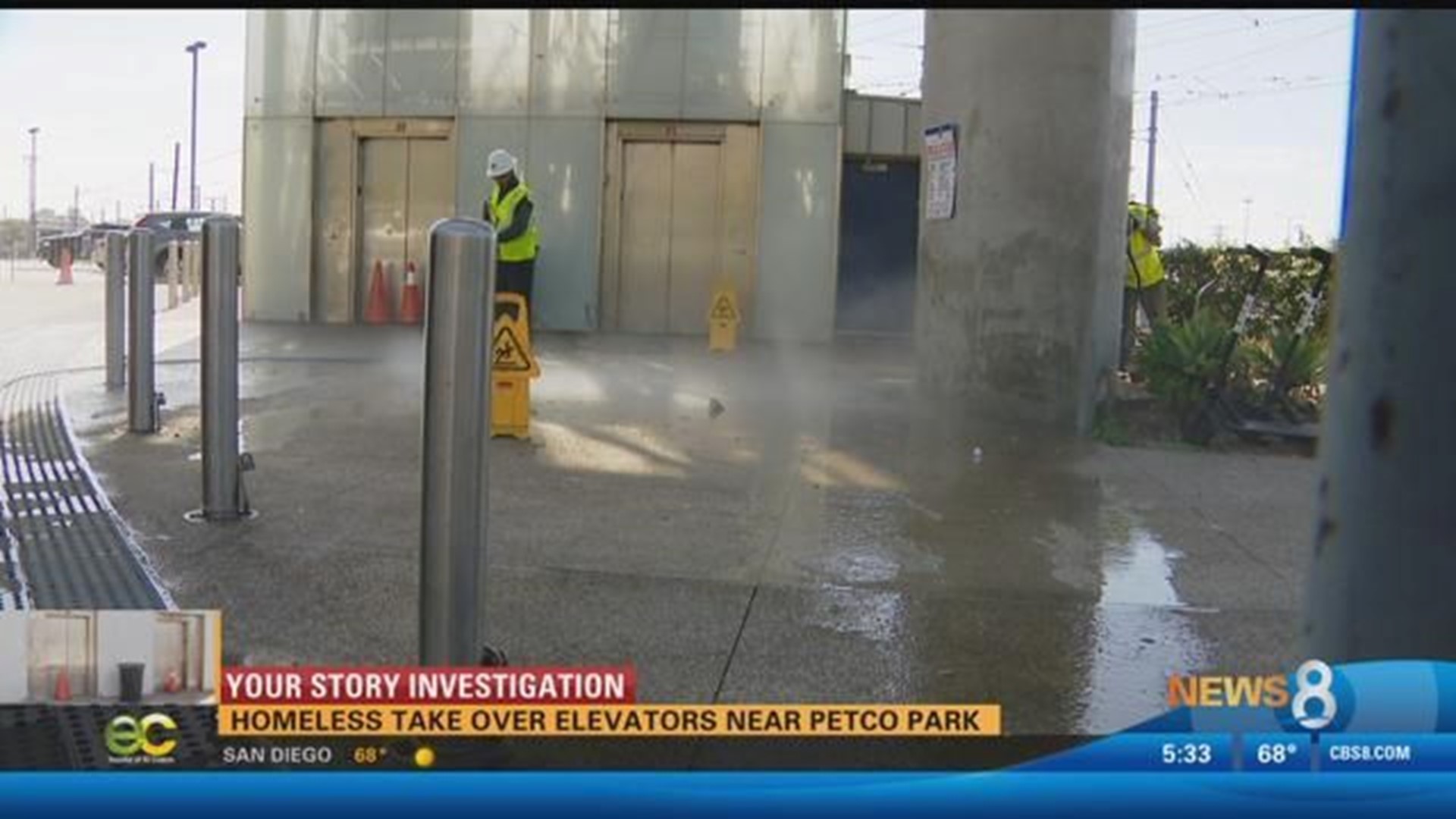 SAN DIEGO (NEWS 8) — Recently, News 8 received a Your Stories submission from one of our viewers, sharing that the elevators on the East Village side of the Harbor Drive Pedestrian Bridge had been vandalized.

The elevators are also, apparently, being used by the homeless as restrooms raising health concerns.

"Now we have to carry the stroller," she said. "It'll be a task with two kids and a bunch of bags."

"We need the elevator, but it's not working," said one man climbing the stairs.

Other Padres fans crossing the Harbor Drive Pedestrian Bridge during the team's first homestand also struck out when it came to using the bridge's two elevators; both of them were broken.

"That's a little ridiculous," said Krissa. "What about the handicapped - and things like that - trying to get from Point A to Point B?"

News 8 viewers say the problem has been going on for years and sent pictures to prove it showing the elevators vandalized and the inside used as a toilet.

They say the homeless also sleep in the elevators and have been seen performing sex acts.

Terry Rickman contacted News 8 about the elevators after his emails to the city seemed to go nowhere. The Padres season ticket holder loves taking his mom to games, but said the broken elevators broke her spirit.

"It's really terrible," said Terry. "She's 80 years old and she has really bad knees and it hurts her to go up and down these stairs, so the next day she was really suffering."

News 8 contacted the city and discovered it has a contract with Urban Corps to clean the area, including the elevators, five times a week.

But, who's in charge of fixing the elevators?

News 8 wanted to interview the head of that department to find out why the elevators have been broken for so long, but the request was denied.

However, as this story went on air, one elevator was working and sources say parts have been ordered to fix the other elevator.

A spokesperson for the facilities department did send News 8 a written statement, saying in part:

Operation of the elevators at the Harbor Drive pedestrian bridge has been challenged by repeated maintenance and vandalism issues over the years despite security and ongoing oversight. The City of San Diego is considering modifications to our operation to help ensure at least one elevator remains working at all times.

"I really appreciate Channel 8 looking into this," said Terry. "Hopefully, [for] the next game we go to everything will be working and won't be as terrible getting in there."

Visit the link below to submit your story: