Cat found in Falmouth after accidentally hitchhiking more than 1,000 miles from home

Lucy traveled in secret for days from South Carolina to Maine only to get lost at the end of her epic road trip. Now, she's been found safe after being missing for over a week in a totally unfamiliar place! 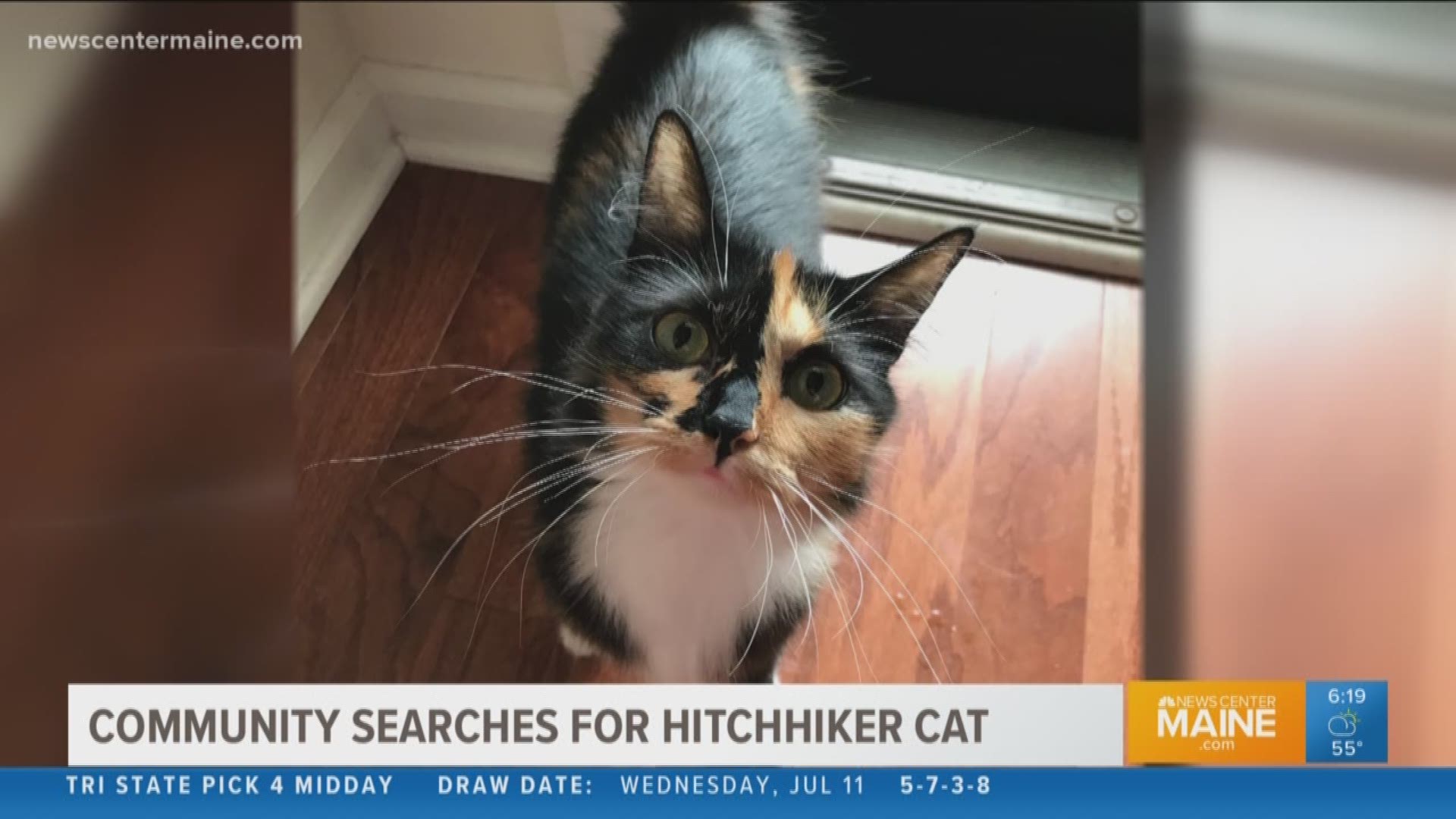 UPDATE July 19, 2018 at 2:45pm: Lucy is back with her family after her hitchhiking adventure to Maine!

UPDATE July 14, 2018 at 1:30pm: Lucy is now resting up and eating lots of food at Homeless Animal Rescue Team shelter in Cumberland. Except for being a little thinner, Lucy is completely healthy. The next step in the process is to get her back home to Charleston, South Carolina. Lisa Smith, executive director of HART, said her team is exploring options on how to do this, including sending Lucy back with their Tennessee transport team who would then continue on to South Carolina, or connect with someone who is flying directly back to Charleston. Lucy's owners, Michael and Meredith Welch, have not seen her since she went missing on June 25th! The two are expecting their first child and the stress of losing their cat in such a dramatic way did not help to calm their nerves. After receiving so much help from HART and Maine Lost Cat Recovery, the Welchs said they have put together a Facebook page asking for donations for the shelter and recovery network to show their gratitude. Michael Welch described how he felt during a Facetime interview with NEWS CENTER Maine Saturday afternoon, "It kind of restored a little faith in humanity," he said. "There's actually really nice, selfless people out there. It's pretty awesome."

UPDATE July 14, 2018 at 8:19am: As of Saturday (or perhaps it would be more appropriate to call it "Caturday?"), Lucy has been found safe and sound! She found her way into one of the trap cages set for her on the property near where she went missing. Her family in Charleston, South Carolina is thrilled to hear the good news! 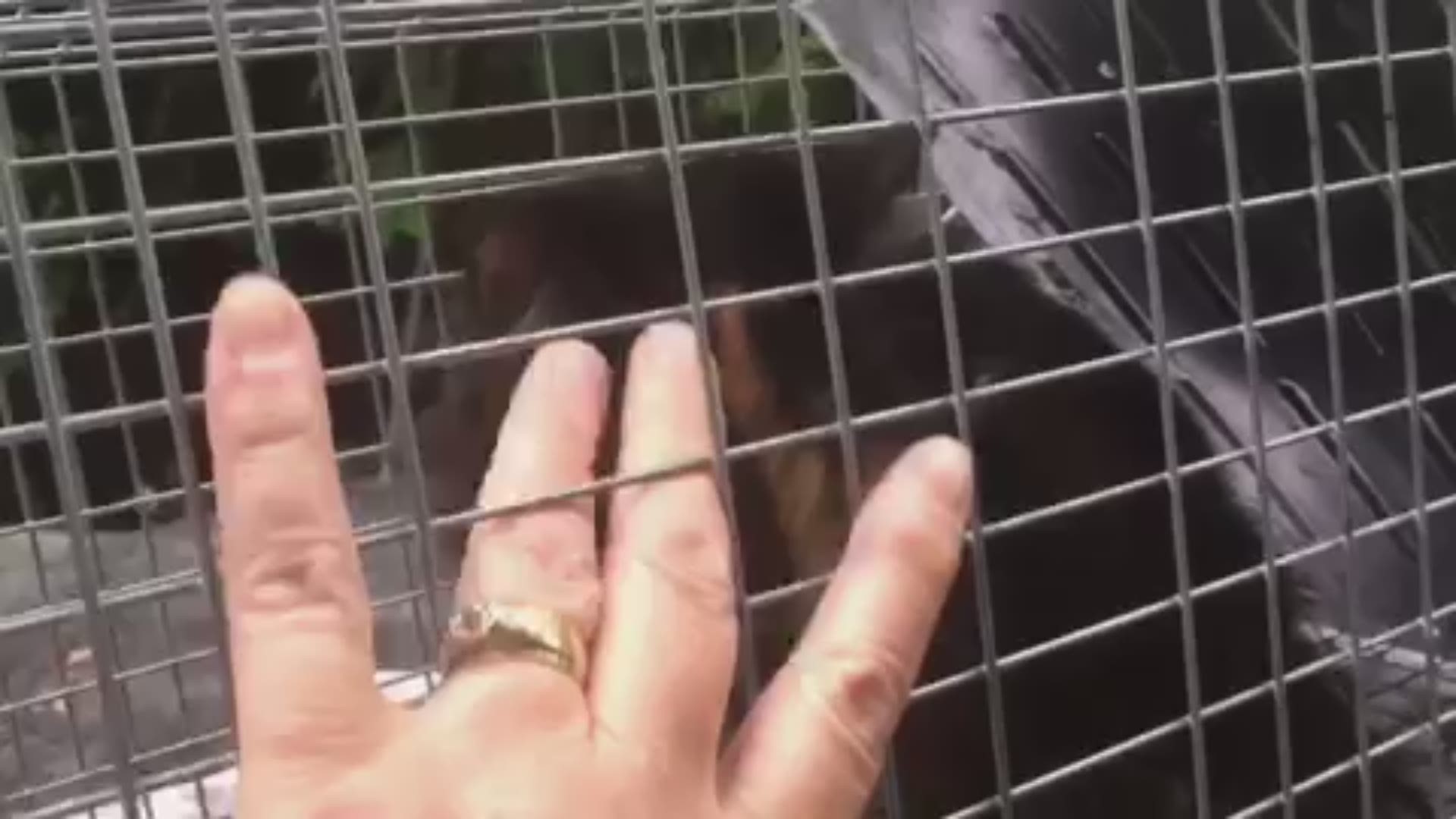 FALMOUTH (NEWS CENTER Maine) -- Despite not having any thumbs, Lucy has a talent for hitchhiking. Or maybe it's more of a curse.

Lucy is a fluffy, calico cat who lives with Michael Welch and his family in Charleston, S.C. Or at least she used to live there until last week. That's when their neighbor, Myra Willson, packed up her car for her yearly summer trip to Maine.

Willson first noticed something odd on an overnight stop in Maryland. After a night's sleep, she opened her locked car to find an animal dropping in the front seat. Willson said later that she wondered if perhaps her car had corroded in some hidden spot where an animal gained access for a brief evening visit. But the mystery was soon pushed out of her mind as she turned her focus once again on the road.

After many hours and miles, Willson arrived at her home in Falmouth and threw open the doors to unpack. She eventually noticed something inside the car that didn't belong there. It was a cat. Wilson said she assumed it lived in the neighborhood and hopped into the car when she wasn't looking. It finally scampered off, leaving Willson with a nagging feeling that there was more to its story.

By the next day, Willson put the clues together and called her neighbor in South Carolina. Yes, Michael Welch said his cat was missing. Their suspicions were confirmed when he sent Willson a picture Lucy. She was the stowaway.

Lucy is lost in Maine after stowing away in a neighbor's car and traveling more than 1,000 miles from her home in Charleston, S.C.

Lucy traveled more than 1,000 miles over several days only to get lost at the end of her epic road trip. Homeless Animal Rescue Team (HART) and Maine Lost Cat Recovery have joined the effort to find her by making fliers, putting out traps, and even using a game camera. But so far, Lucy remains elusive.