Foxtails can lodge in pet's skin, paws and tail.

SAN DIEGO — There's a warning for pet owners. It's foxtail season, so you want to make sure you keep a close eye on your pet.

The wild plants are all over San Diego. Foxtails are also known as "spear grass" and they can be very dangerous to pets, sometimes even causing death.

The Rancho Coastal Humane Society recently took in a stray dog named Bellwether who had hundreds of foxtails all over her body. Her thick, fluffy coat covered up all of the tiny little spikes.

"We noticed as we handled her, it seemed to be painful," said Rancho Coastal spokesperson John Van Zante. "One of our animal care providers told me he looked and saw foxtails and pulled out 150."

This is Bellwether. She came to the @RCHumaneSociety covered in foxtails. She’s had one surgery but needs at least two more... @CBS8 pic.twitter.com/d1W70zrvHI

150 more of the sharp little spikes were removed after that. That’s when staff decided to shave her coat. They found foxtails embedded in her skin.

Bellwether underwent surgery. 30 foxtails were removed from her skin.

Van Zante said they checked the other dogs at the shelter as a precaution and found three other dogs with foxtails in their ears. Another staff member's own personal dog had one removed from its mouth.

"They seem to be worse this year," said Van Zante. "I don’t know if that’s because people are doing less yard work or if they're more abundant because there are less hikers."

He said prevention is key.

"When you go out on walks, check the nose, ears, [and] check between the paws, under the tail - be consistent about it," said Van Zante.

Bellwether had hundreds of foxtails removed

Avoid taking your dog places where there are foxtails. If you take your pet hiking, keep them on a leash to steer them away from the dangerous plants.

Signs to look out for that your dog may have gotten into foxtails include head-shaking, rubbing ears against the floor, or walking with a limp.

Fortunately Bellwether is going to be just fine.

"She loves people. She loves attention," he said.

Bellwether will need at least two additional surgeries. Once she's recovered, she will go up for adoption. For more information about adoptions, click here. 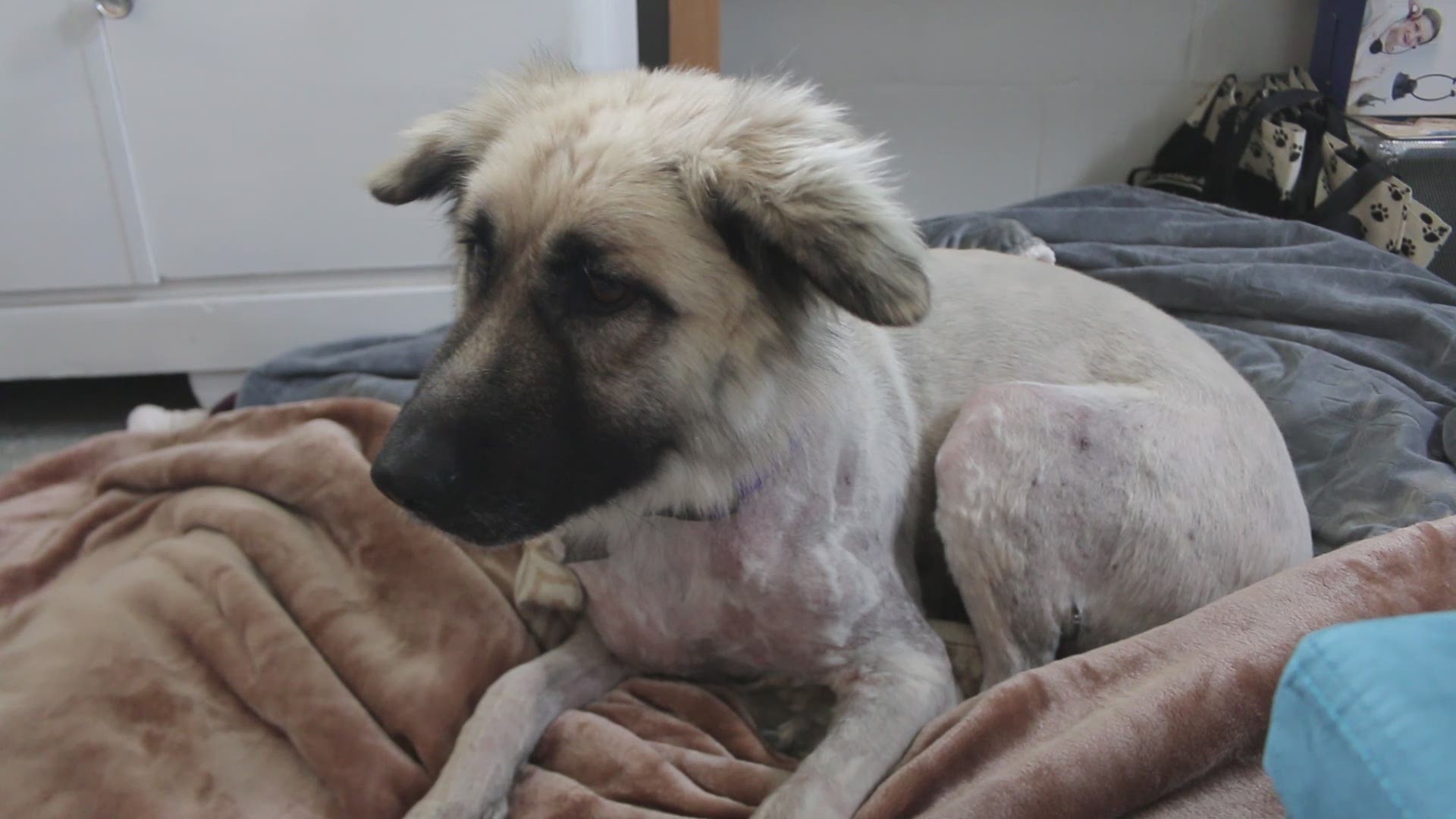 RELATED: Pet therapy for Southern California seniors during the pandemic