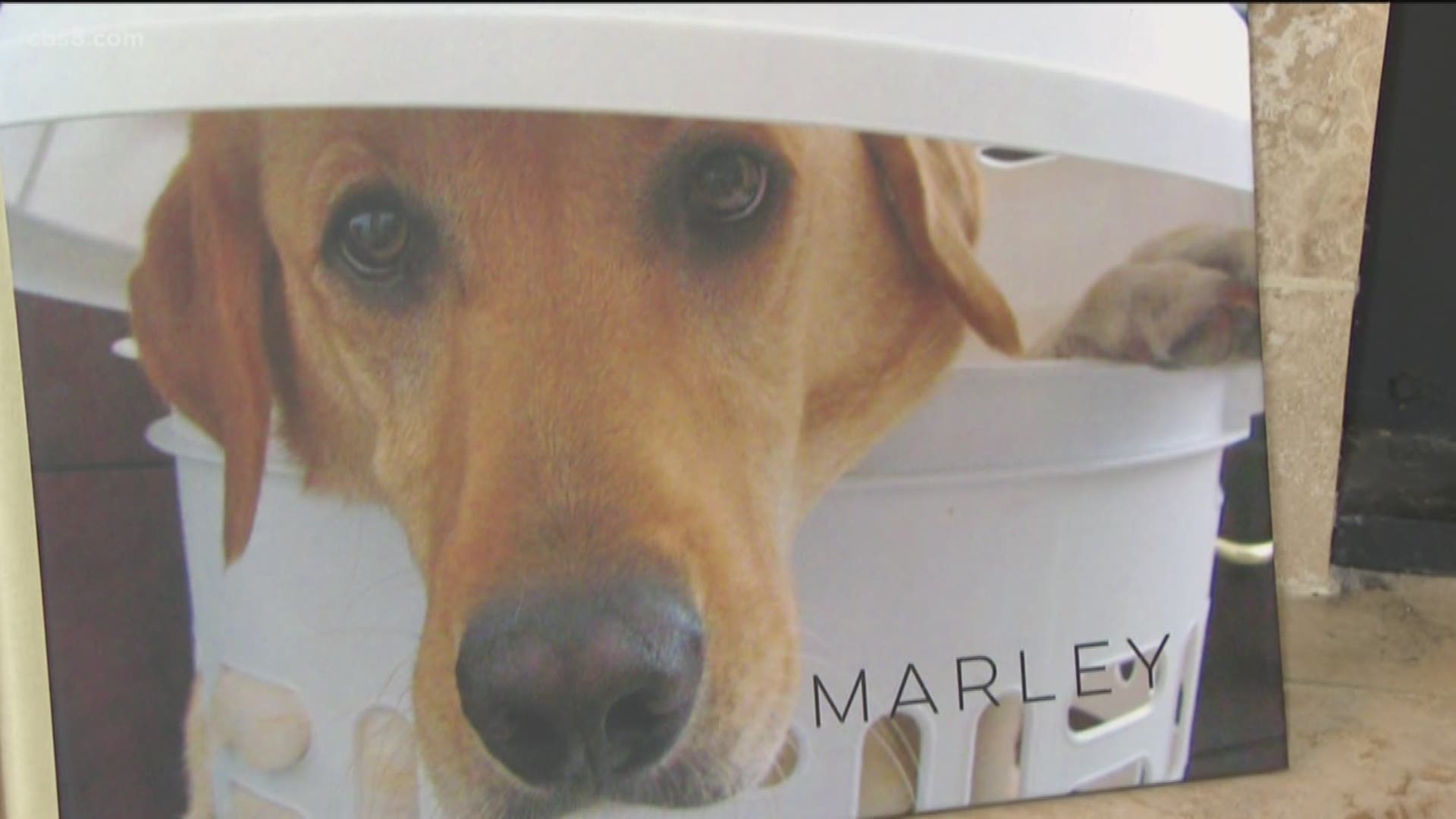 ESCONDIDO, Calif. — A late family dog that saved his pregnant owner from a potentially deadly situation has been cloned only a few years after he died.

The San Diego family has two young children who were able to grow up with an exact clone of the furry family members that saved their mother’s life before they were born.

Zigyy is only ten weeks old, but he is an exact clone of Marley, David and Alicia Tschirhart’s first dog, a Golden Retriever, who passed away five years ago.

When Alicia was on a hike during her fifth month of pregnancy, Marley demonstrated his loyalty in an unforgettable way. Alicia was reaching for a walking stick when Marley darted in front of her, getting in between her and a rattle snake – scaring it away.

“Marley saved her life. The life of Maddie,” said David.

Marley was not bitten, but just few months later, he was diagnosed with heart cancer.

“We did not know about it until Maddie was born. He basically collapsed at our home,” said David.

Determined to not let Marley’s extraordinary chromosomes die with him, David and Alicia contacted VIA-GEN Pets & Equine – the only U.S. company that clones cats, dogs, and horses.

Five years after his death, the Tschirharts decided it was time.

“Every morning, I am just a little surprised because I’m like, oh Marley, oh, no, it is Ziggy – looks exactly the same, and has as very similar personality,” said Alicia.

Now, Marley’s legacy will live on and grow up with their two daughters.

“Maybe Ziggy himself could save us from something in the future too,” said David.

The process for cloning a dog costs about $50,000. The Tschirharts said it was worth every penny.