The family now goes out to survey their yard to make sure there are no rattlesnakes before letting their dogs out and encourage other pet owners to do the same. 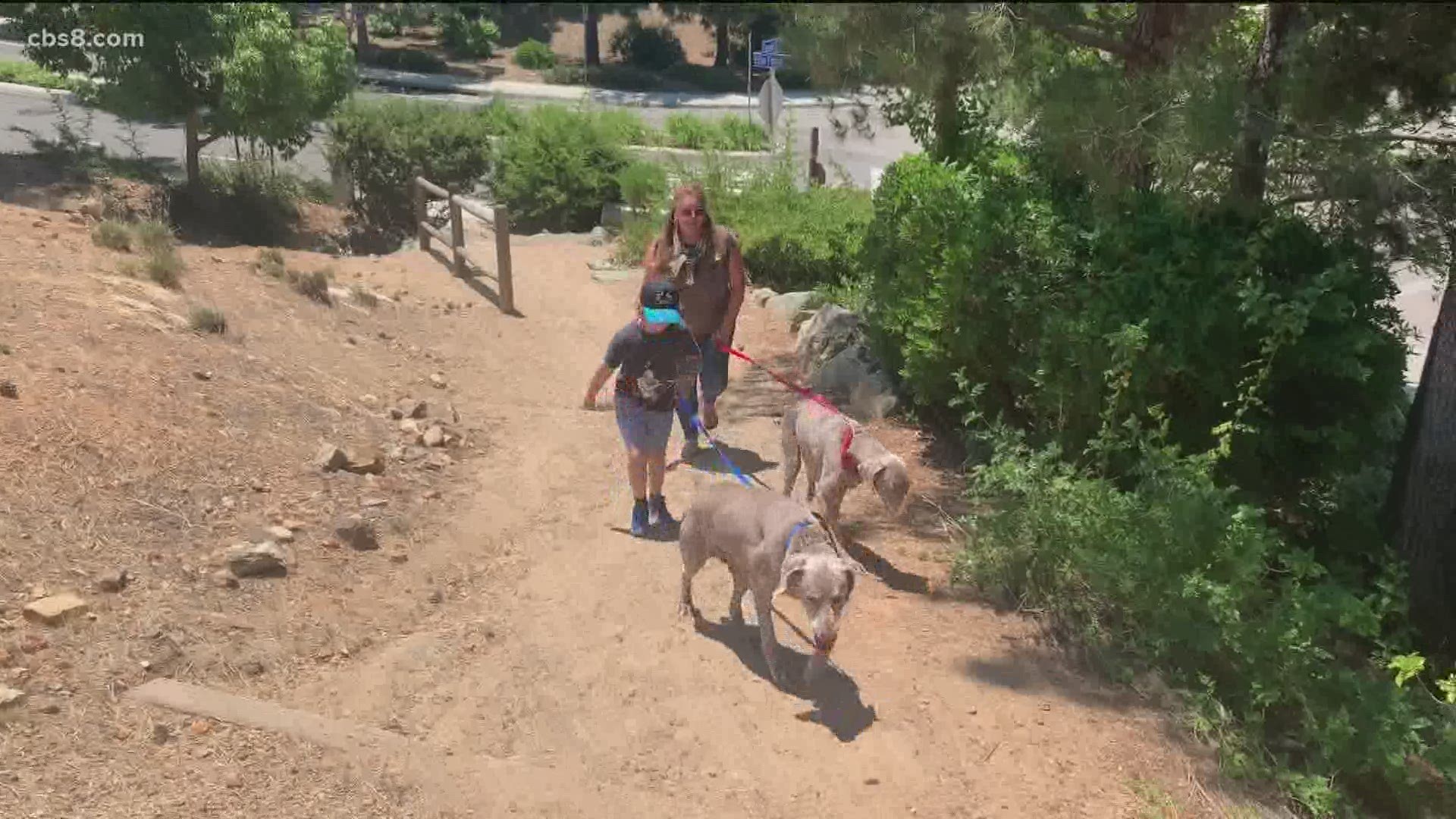 SAN DIEGO — A family in San Elijo Hills in San Marcos is sharing their story to remind pet owners to be extra vigilant as hot weather brings out rattlesnakes.

Last week, their dog Winston was bitten by a rattlesnake in their backyard.

Winston is finally back home after being treated at an emergency veterinarian. His family said he received one vial of antivenom, which was a relief to the family. The vet initially said he might need one to three vials.

Winston's owners said he did go through rattlesnake aversion training twice when he was a puppy, but he's now 10-and-a-half years old, and his owner said he's probably forgotten by now.

They said they're very alert and actively watch for rattlesnakes when they take their daily walks on the trails around their home, but they didn't realize their two dogs were at risk in their own backyard.

Winston's owners said they now go out to survey their yard to make sure there are no rattlesnakes before letting their dogs out and they encourage other pet owners to do the same.

They said they didn't even realize at first, that Winston had been bitten.

"He was barking pretty incessantly, but we kind of thought he was just barking at the dog next door," said Sara Johnson.

She said when they called him back into the house, he hid under the kitchen table. About 15 minutes later, they noticed Winston was drooling and wasn't behaving normally.

"We called the emergency vet, and then I went in the backyard and kind of investigated a little bit and noticed some drops, a trail of blood drops, which were probably from Winston," said Johnson. She said she took a closer look at his snout and saw a puncture wound.

Johnson said the veterinarian said they're seeing about two rattlesnake bites a day.

Experts said you must act quickly once your dog is bitten and get to an emergency vet right away so your dog can be treated with antivenom.

Many vets also offer a rattlesnake vaccine for about $25.

The vaccine is touted to lessen the severity of symptoms should a dog be bitten, though there is ongoing debate about its effectiveness.

RELATED: More people are seeing rattlesnakes in San Diego County, from the coast to the mountains