Working from home with pets could lead to separation anxiety

UC Davis Animal Behavior clinician Liz Stelow explains what to look for and how to minimize pet dependency. 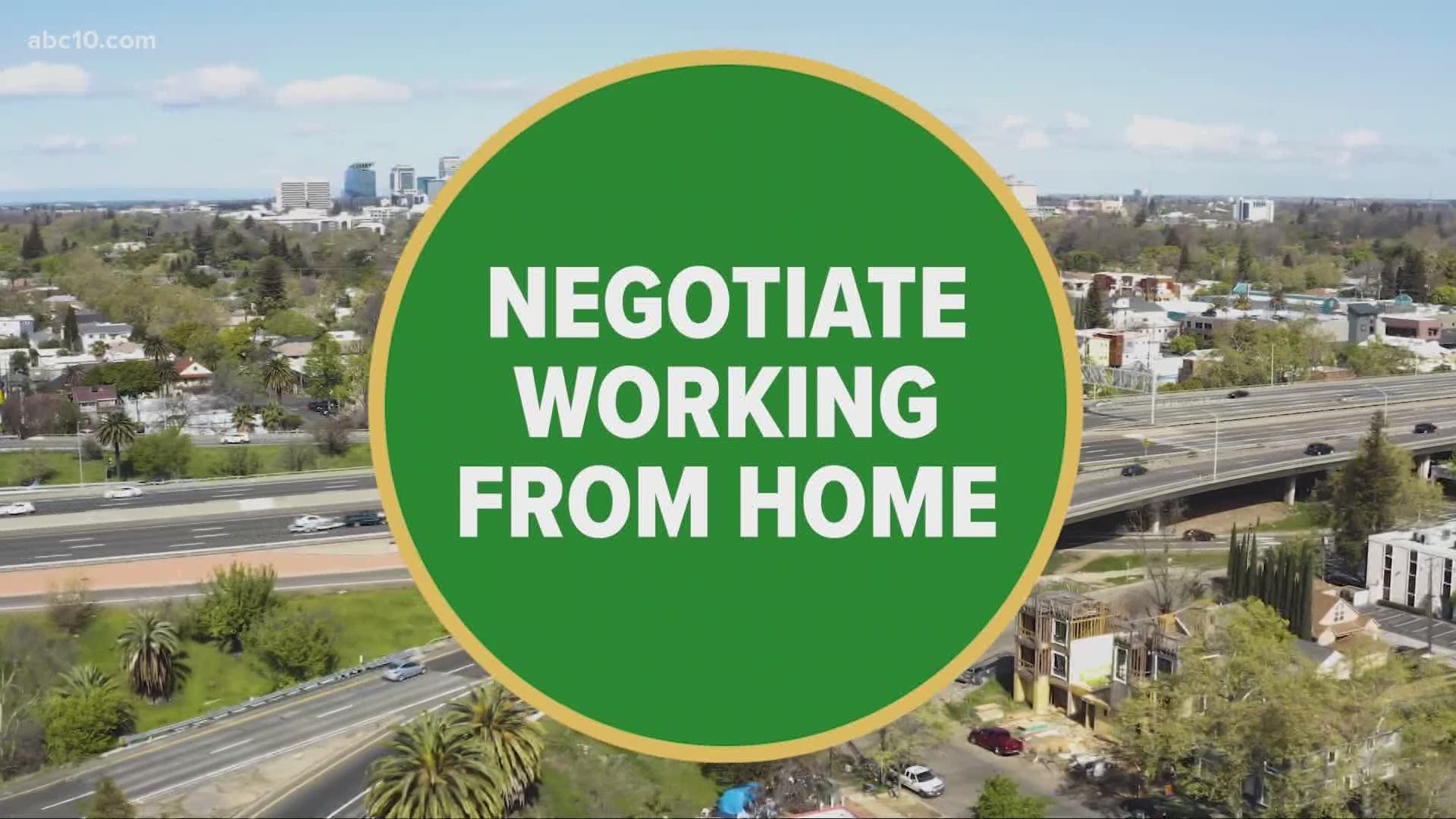 SACRAMENTO, Calif. — The quarantine culture has been good for pets in some ways. Many have enjoyed the increased presence of their owners as working from home still remains the norm.

However, if your pet has been acting oddly since the start of the pandemic, Liz Stelow, a clinician in the behavior service at the UC Davis Veterinary Medicine Teaching Hospital, says you are not alone.

"At first, it seemed like a lot of pets did not want people home," Stelow said.

With pets also on a set schedule, owners not leaving for work disrupted life for many furry family members.

"We're getting feedback of a couple of different varieties," Stelow said.

Some report to Stelow that their pets are becoming very accustomed to having the owners around, especially now, months into mostly being at home.

PHOTOS: Working with your dogs

"We're getting the opposite from some people though," Stelow said. "At first, there was a real uptick in aggression, either toward the owner or toward other pets in the household."

This change in temperament could be because the disruption was so sudden. Stelow adds that for owners who worked 12-hour days, for example, the change was even more extreme for their pets.

Around March, Stelow was receiving a lot of phone calls from clients who were stressed and were noticing that their pets were also displaying some of that anxiety. While that stress is still there, Stelow says some pets, like their owners, have adjusted just fine.

"If we're stressed, our pets are more likely to experience it than not, and if we're home a lot, they're probably getting used to it," Stelow said.

Even so, as California slowly reopens, pet owners may be concerned about returning to work and disrupting the schedule once again. With pets, and especially dogs, having become accustomed to people at home with them, Stelow says the signs of separation anxiety are easy to spot, such as following an owner around everywhere.

"Like, you used to be able to go to the bathroom by yourself, but now either you can't get that door closed fast enough, or when you open it, there's a pet sitting there waiting for you, thinking you're never coming back," Stelow said. "I would say that level of physical attachment often goes hand-in-hand with separation anxiety."

Another sign could be the pet panicking as its owner gets ready to leave. Stelow said owners should not necessarily worry too much about a pet following them around everywhere, though.

Your dog or cat is also worried about all kinds of other things: strangers, weird noises, and other animals.

Owners with a normally relaxed pet may not have cause for worry at all. Their pet could just be enjoying the extra company. But for those owners who have an anxious pet in the best of times, then it smart to be on the lookout for signs of separation anxiety.

Stelow recommends what she calls a 'diagnostic test' to see how a pet acts around the house when the owner is gone. She recommends setting up a camera and recording the pets. This way, you will be able to see how your pet's behavior when no one is around.

"Lots of people think they know what they’re pet's doing when they're not home, but they might be surprised," Stelow said. "They're basing it entirely on what their pet looked like as they left, and as they returned….Well, you were gone for 20 minutes. What happened for that 19 you didn't know how he was doing?"

Just leaving the house periodically, Stelow says, will start to get your pet used to being alone. This can mean just leaving the pup behind when running errands or grabbing coffee.

Stelow adds that owners may truly know their pet's anxieties the best and should trust their instincts when it comes to identifying odd behavior.

"I think every animal is completely unique in how they respond, but I think owners may have a sense for whether the attachment their pet is experiencing right now is pathologic or just comfort," Stelow said.