The animals have to be assessed and medically cleared before they can be adopted. 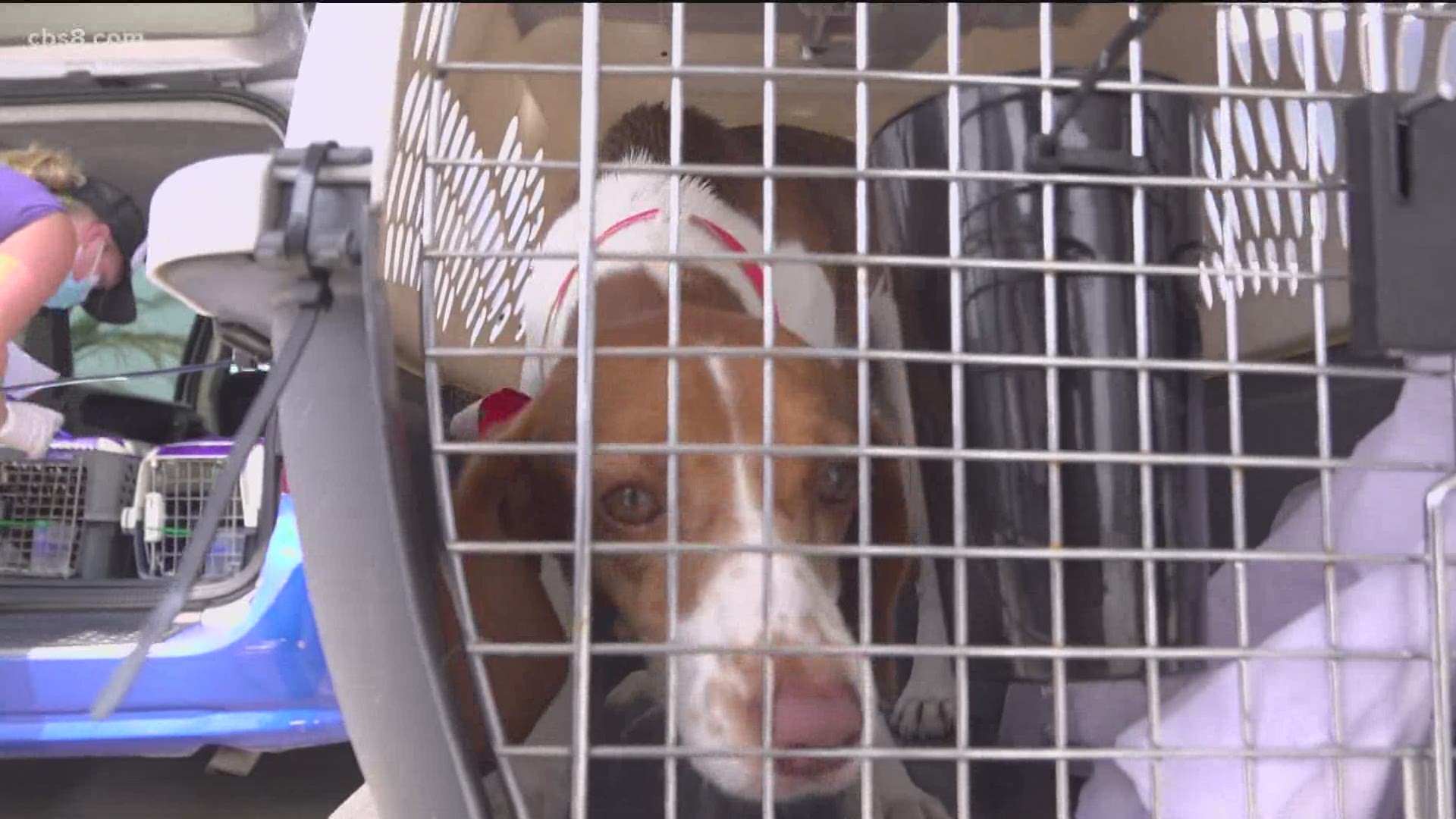 SAN DIEGO — Nearly 100 cats and dogs that were up for adoption in Louisiana are now available in San Diego. They were rescued from Louisiana to make room for other animals displaced by Hurricane Laura.

Monday was the first rescue flight of its kind in San Diego since the pandemic began. The flight to Gillespie Field was more than just a plane ride. It’s a chance for these animals to find their forever homes.

Ric Browde is the president and CEO of Wings of Rescue, the organization behind this mission, and hundreds like it.

“There’s nothing more gratifying than opening the door and knowing these pets lives have just dramatically changed for the better," said Browde.

The goal is to transport animals from crowded or kill shelters elsewhere where they can be safely adopted. In this case, these animals were moved from Louisiana to make room for others recently displaced by Hurricane Laura.

Coincidentally, Hurricane Sally is forecasted to hit the same area in the coming days.

“These animals are getting out just in time to make room for other animals that may need help in shelters in that area after today, so the timing couldn’t be better to get the animals here now," said Gary Weitzman, President and CEO of the San Diego Humane Society.

The San Diego Humane Society will take in 49 dogs. The remaining animals, including a litter of puppies, will go to Labrador and Friends, as well as the Rancho Coastal Humane Society.

“The three organizations are working hand in hand to make sure we can find a place for the 100 animals that are coming off this plane today," said Judi Sanzo, President of Rancho Coastal.

All of the transported animals had already been up for adoption - some for more than a year. With local adoption rates on the rise, organizers are optimistic they’ll be placed in no time.

The animals have to be assessed and medically cleared before they can be adopted. That should happen by the end of next week.