In a "101 Dalmatians" style tale, the mother gave birth to five puppies naturally and 11 via caesarean section, almost breaking a world record. 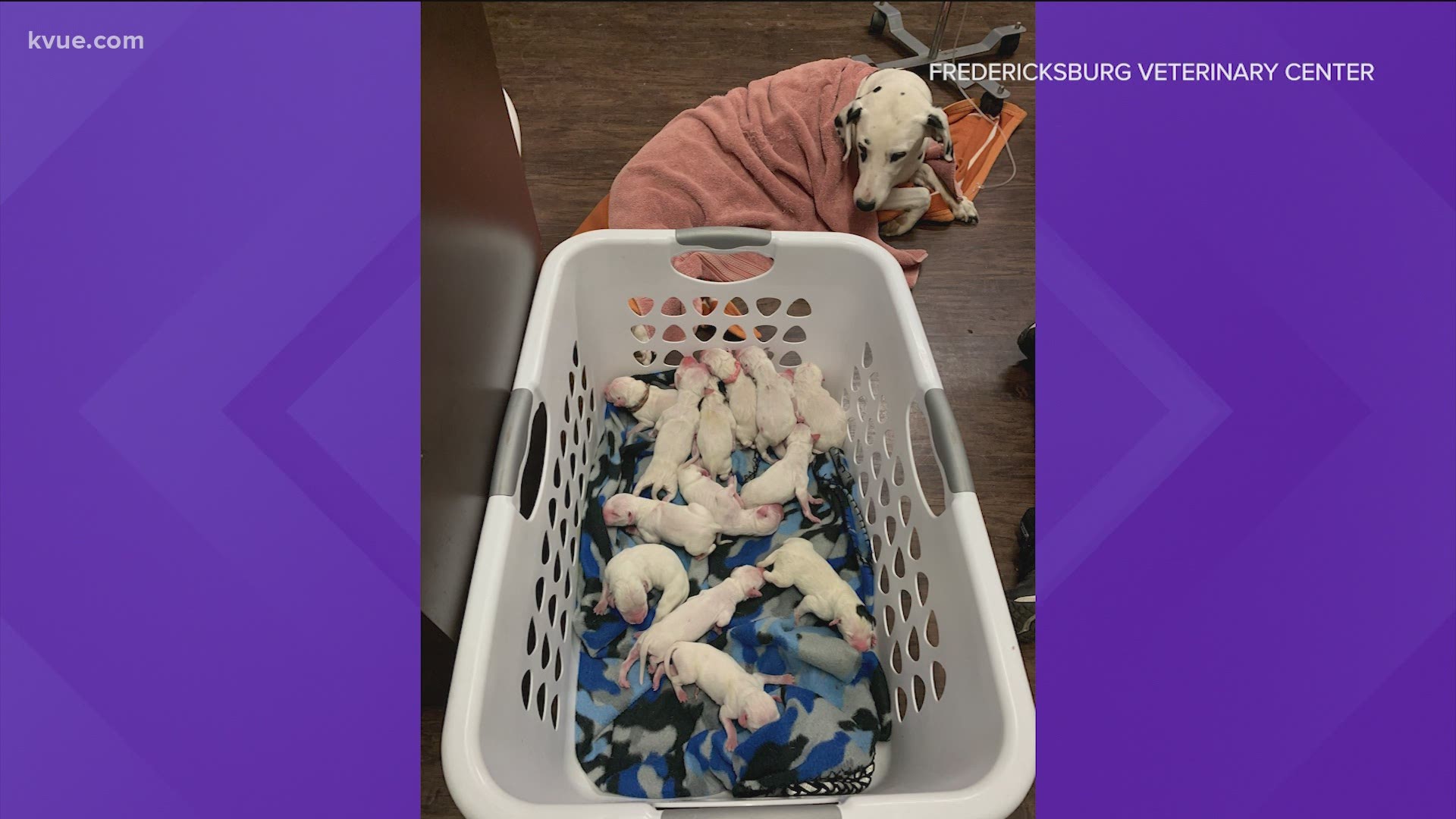 AUSTIN, Texas — One Dalmatian almost broke a world record last week when she gave birth to 16 puppies in Fredericksburg. The world record for largest Dalmatian litter is 19 puppies, according to the BBC.

The mother, Luna, birthed five of the puppies naturally. But when her labor stopped progressing, her owner took her to the Fredericksburg Veterinary Center. Dr. Brittni Turner, a veterinarian at the clinic, performed an emergency cesarean section after finding out the sixth puppy was in the wrong position for a natural birth.

“The staff kept saying, ‘Surely there can’t be anymore,’ and then I would pull out two more,” Turner said in a statement. “It was absolute chaos.”

Eleven puppies were delivered via C-section on Thursday, June 24. Turner said all of the receptionists and staff at the center were called in to help.

“It wasn’t '101 Dalmatians,' but it was enough for us to have our hands full this morning,” the center wrote in a Facebook post.

While it wasn’t 101 puppies, Perdita first gives birth to 15 in "101 Dalmatians," one fewer than in Fredericksburg.

"The staff was amazing, and it was truly a team effort in taking care of Luna and her 16 puppies," Turner said.

The average size of a Dalmatian litter is six to nine puppies, according to Training Buster.

Elon Musk, the second-richest man in the world, lives in a $50K tiny home