Woman's lost cat makes it home for the holidays

Belle was missing for two months before she was found freezing and sick under a car in Auburn. 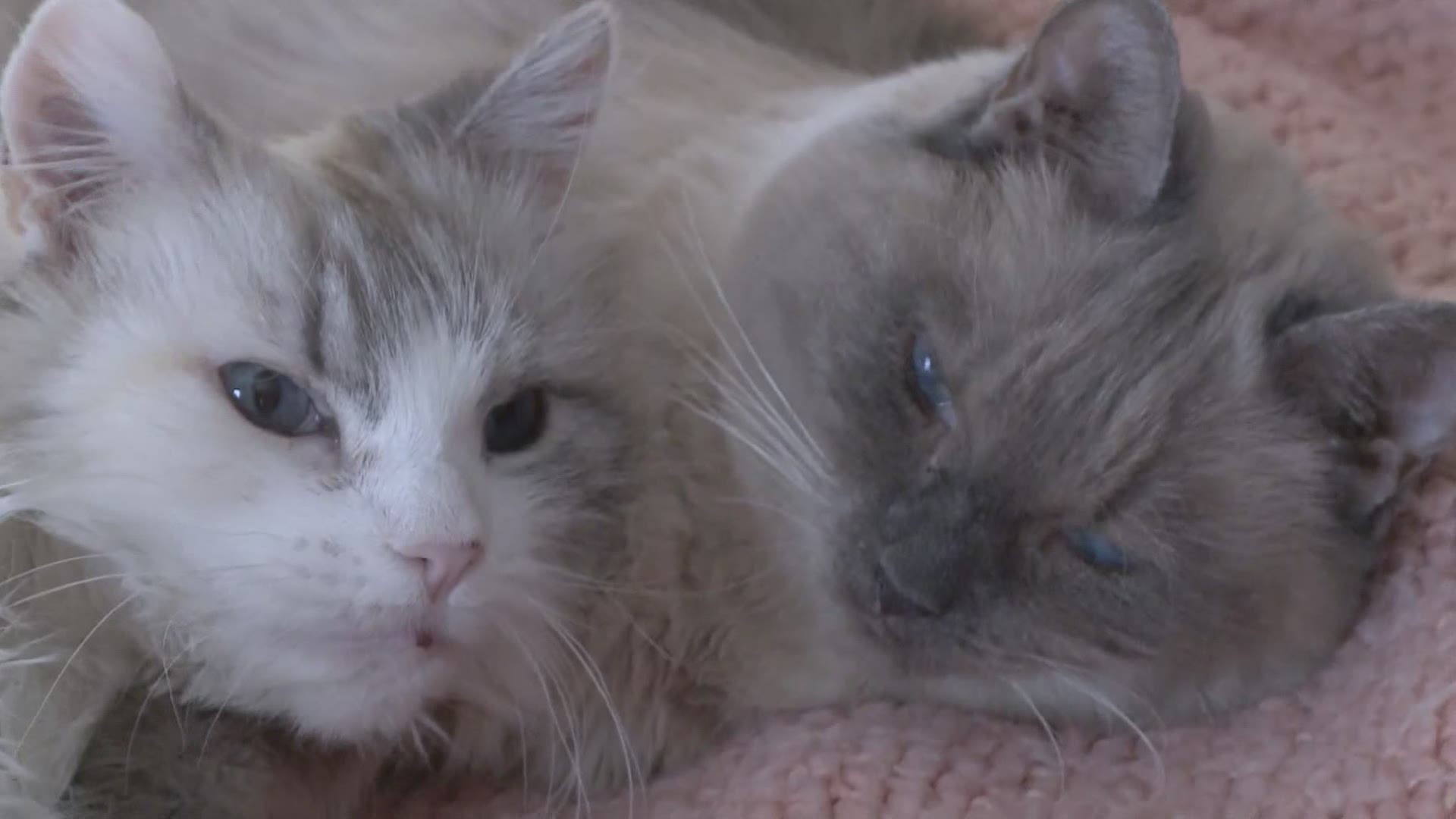 AUBURN, Maine — Carol DeRoy and her Siamese-mix cats Belle and Blue are enjoying their new home, at last.

You see, it took a while for Belle to join them.

Back in September, Carol was in the process of selling her house and buying a new one, a few miles away, when Belle an indoor cat found herself outside in the cold.

"Somehow I left a door to the patio open slightly but just enough for Belle to sneak through," DeRoy said.

Once DeRoy realized she was gone, she searched the house.

"I checked every corner, closet."

And she scoured the neighborhood, but there were no signs of Belle.

"I was really distraught I thought how is she going to survive?"

DeRoy passed out dozens of flyers but no one saw hide nor hair of Belle.

"That's when I started realizing she might not come home I may not see her again."

"Her head was actually hanging low for quite a  while, she didn't eat as much was not playful anymore."

But out of the blue, almost two months later, Carol received a text saying "we have your cat, please call this number."

"I nervously called back thinking could it really be Belle? It was."

A volunteer for Community Cat Advocates, a feral and stray cat rescue in Maine, spotted Belle under a car about a mile from DeRoy's old house and because she had a microchip they were able to contact DeRoy and tell her the news about Belle. 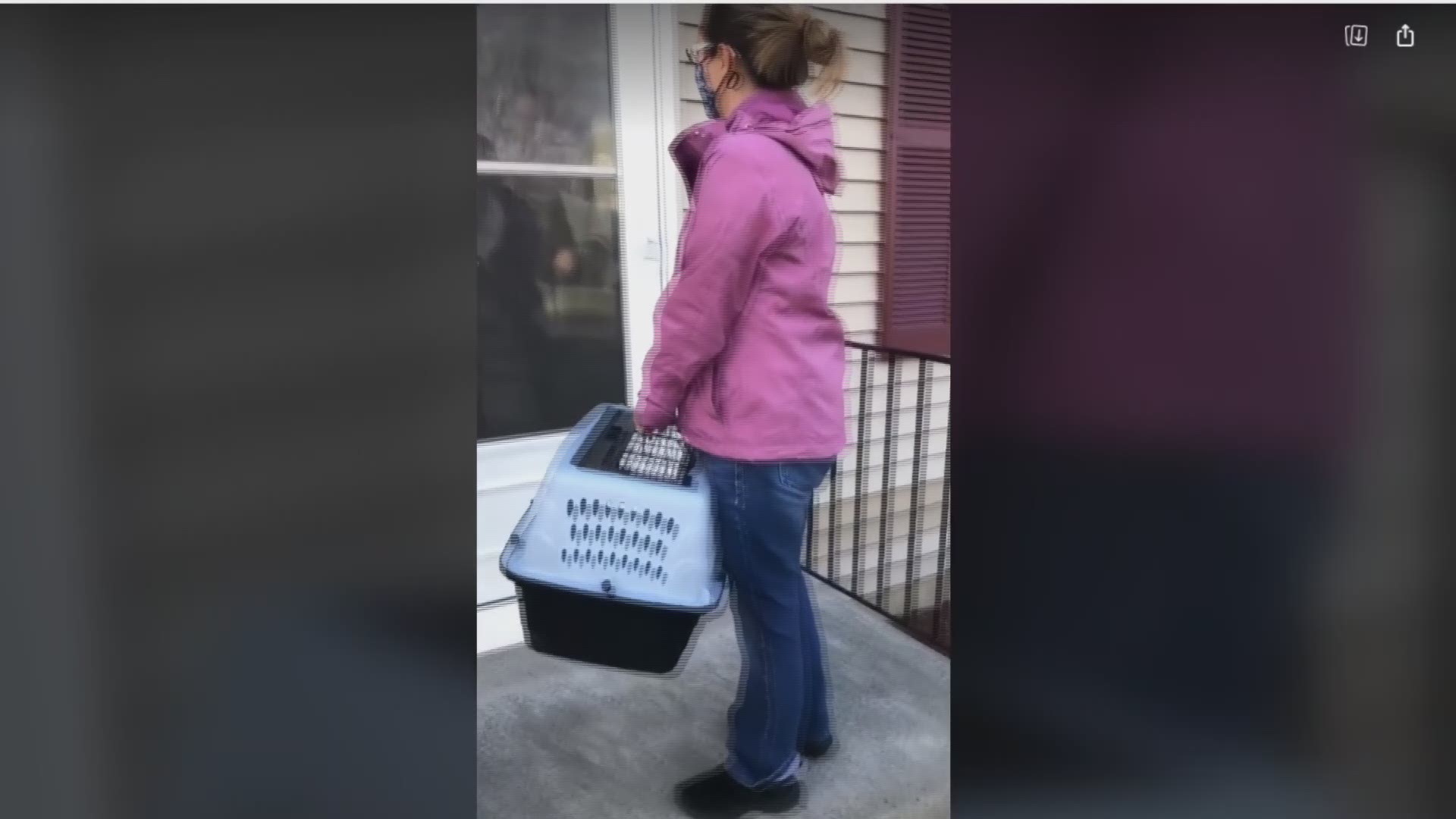 "(They said) she's very sick but she's alive so we'll bring her home to you."

The reunion was captured on video. Rachel Brey, the co-founder of Community Cat Advocates provided NEWSCENTER Maine with a video of her and another advocate bringing Belle back to DeRoy.

For DeRoy, it was the moment she didn't think would happen.

"It was a wonderful homecoming. It sounds silly to talk that way about our animals but they really do become part of the family."

She says she's grateful the shelter implanted the microchips in her cats.

She is also thankful to Community Cat Advocates for finding Belle.