'The best thing that ever came along': Quadriplegic Georgia couple celebrates 50th anniversary 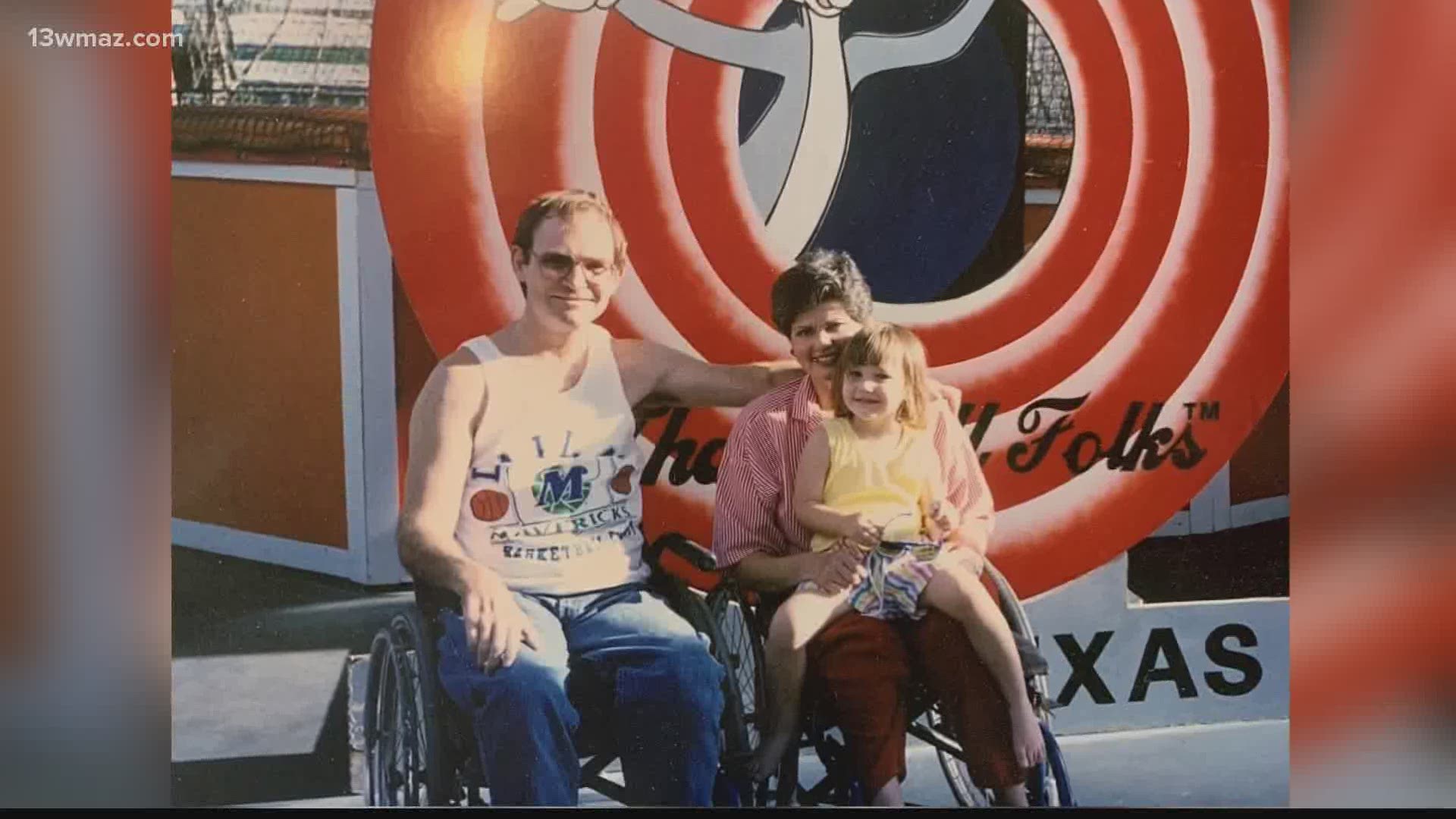 WARNER ROBINS, Ga. — Mary Pat Hodge and Ernie Hodge, a married couple living in Warner Robins, are about to celebrate their 50th wedding anniversary in August.

While that in and of itself is pretty incredible, this couple has gone through a lot of challenges and some might even call their story 'amazing.'

"She's the best thing that ever came along for me," Ernie said with tears in his eyes.

This couple is in love today as much as they were when they said 'I do' back in 1970.

Life hasn't been easy because they're both quadriplegics.

"I broke my neck in a construction accident," Ernie recalled.

For two partners living in a wheelchair, most days come with obstacles.

It may be terribly hard, yet they've had their victories.

"Amazingly we've been able to be independent. That's saying something for two people with our disability, right?" said Ernie.

They were never content just staying independent. They've lived a more adventuresome life than a lot of folks.

"We've traveled a lot to Europe...been to Germany, been to Hawaii, lived different places all over the country," Mary Pat said.

Ernie's job as a mechanical engineer caused the family to move around, and Mary Pat worked as a teacher.

Both have also competed in the Paralympics.

"But when Mary Pat was doing it...really everything she did was the best in the world," Ernie said proudly.

"All the times we had to help each other out, nobody will understand," Ernie said.

That may be true, but look close enough and you'll see two people completely dedicated to each other. That's what matters.

Mary Pat and Ernie will celebrate their 50th anniversary at the end of August. They plan to go down to Florida.

When they initially got married in Warner Robins, they also went down to Florida for their honeymoon.

They were surprised when their story back then hit newspapers all over the country.

MORE STRAIGHT FROM THE HEART