Paola Alberdi, a social media influencer with over 1 million followers, is giving back to a border community in need with a fundraiser to help children in Tijuana. 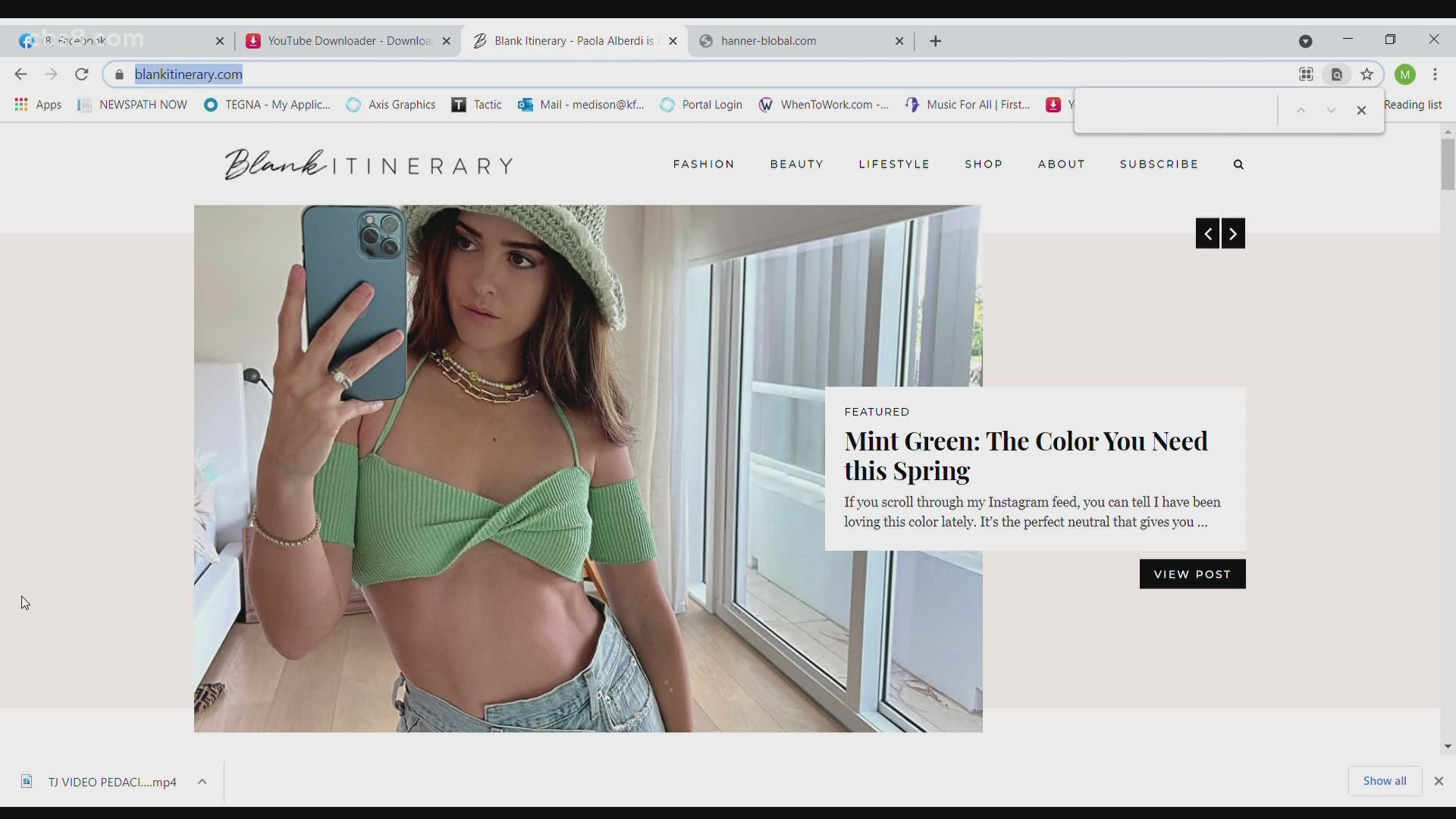 SAN DIEGO — It's shopping for a cause, and dozens of young women lined up around the VASA event space in North Park to take part in fashion blogger Paola Alberdi’s closet sale.

"It's honestly overwhelming, I could not have never imagined that so many people would respond so well to this,” said Alberdi, a graduate of Mater Dei Catholic High School in Chula Vista.

Alberdi put out the call on social media, where she posted about hosting a closet sale for three hours on El Cajon Blvd. to her 1.1 million Instagram followers, and people showed up.

“Pre-COVID, I would hold two of these sales a year and would expect more than 500 to 600 people, and now, we can only have so many in at a time and have to do temperature checks and mask wearing,” Alberdi said.

#HappeningNow Closet Sale in North Park, San Diego put on by Fashion influencer Paola Aberdi, who is selling off her top-designer label clothing and giving much of the proceeds to a charity for children called Pedacito de Cielo🧸👚 @CBS8 @lemorabrams @StellaNews8 pic.twitter.com/2yE6xtbWSh

Shopper Jasmine Coronel had her arms full of sale items.

"I got shoes, dresses, jeans, I got stuff for my son. I’ve been following her for years, and I’ve never come to one, but I thought might as well give it a shot,” Coronel said.

Boasting big brand names from Christian Dior to Chanel, all the designer clothing and handbags came straight from Alberdi’s closet and storage unit. Never forgetting her roots, Paola is selling off some of her clothes and accessories to donate much of the proceeds to a charity in need in Mexico.

"It’s a way for me to give back to the community because I donate a large portion of sales to the foundation in Tijuana, which is called Pedacito de Cielo,” Alberdi said.

A GoFundMe page is set up to raise money for a new space for the 150 small children that the program takes care of.

"Through sports and through art and music and photography, it allows them to get skills, where they are able to grow from that and gives them exposure to something they would otherwise not have the opportunity to see,” said Paola's father Jose Alberdi, who serves as president of the nonprofit Pedacito de Cielo.

Jose Alberdi said he is proud that his daughter is using her influence to do good for a heavily trafficked border community that could use the help.

"It's a good safe haven for the Zona Norte, which is you know plagued with violence and you know prostitution, it's important for the kids to feel like they have a little piece of heaven, which is Pedacito de Cielo translated,” said Jose Alberdi, who works as an architect.

The closet sale took high-end items and marked them down. Coronel said she thought it was going to be a little bit more expensive but was relieved to find mostly everything was under $15.

Paola Alberdi is a San Diego State graduate in business who created the fashion blog "Blank Itinerary" six years ago. Many of the shoppers were excited to meet and take a selfie with her.

“I think for people wanting to be in the fashion industry or to be an influencer, I really have to say, find kind of your voice and be creative because people really want to see that realness, and they want to connect with people. Because I am bicultural and bilingual, I am able to speak to so many more people,” Alberdi said.

Alberdi’s closet sale was estimated to bring in over $10,000.

She plans to donate much of that to Pedacito de Cielo.

WATCH: Fashion shows at the Del Mar races and by the San Diego County KOPS Society in 1965